And with the Afghan war ending, this needs to be the year Congress lifts the remaining restrictions on detainee transfers and we close the prison at Guantanamo Bay, because we counter terrorism not just through intelligence and military action but by remaining true to our constitutional ideals and setting an example for the rest of the world. 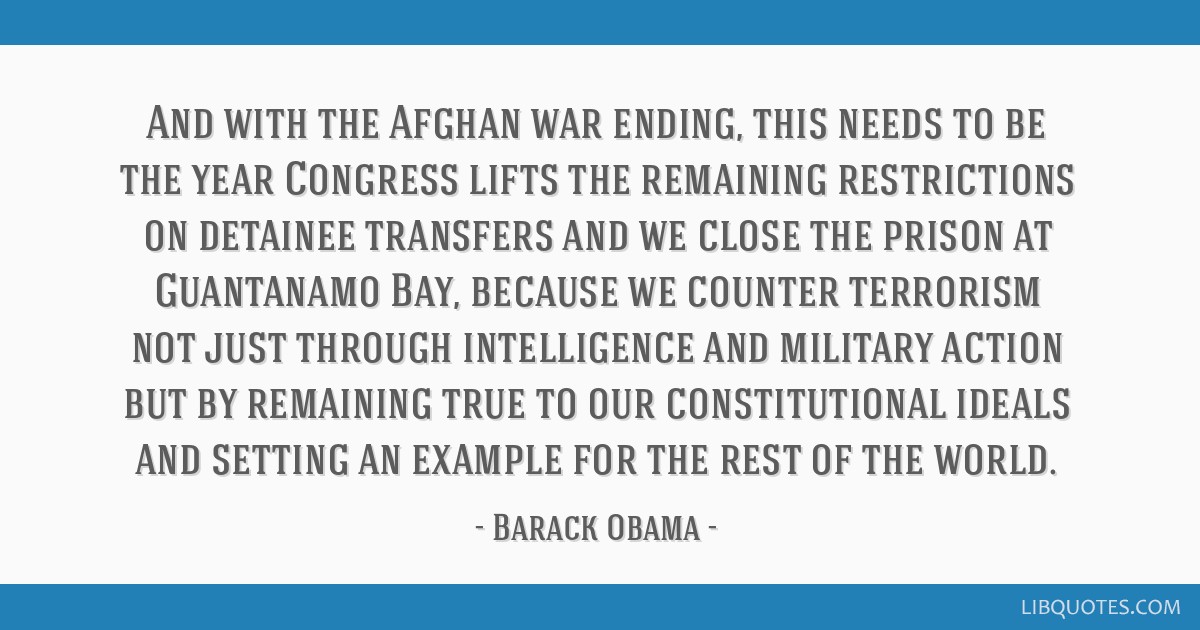 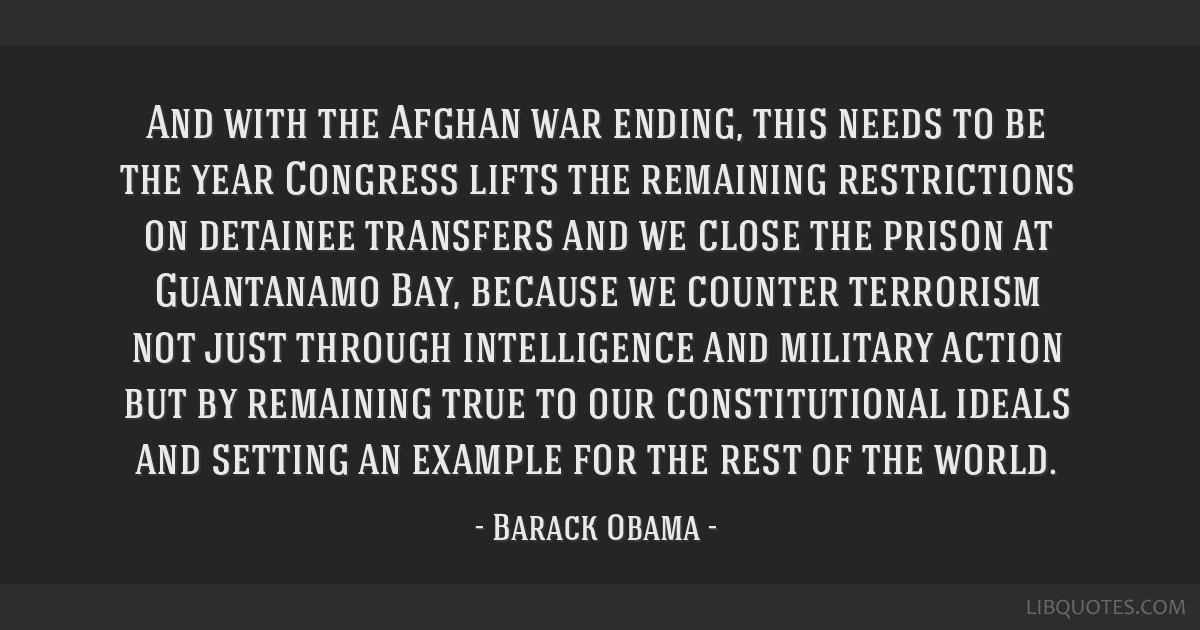 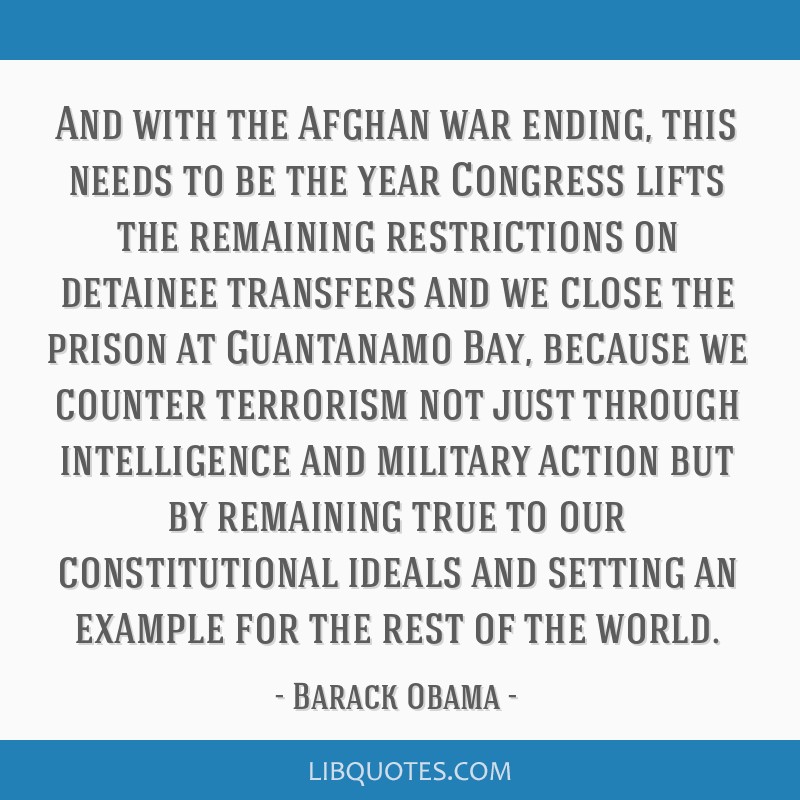 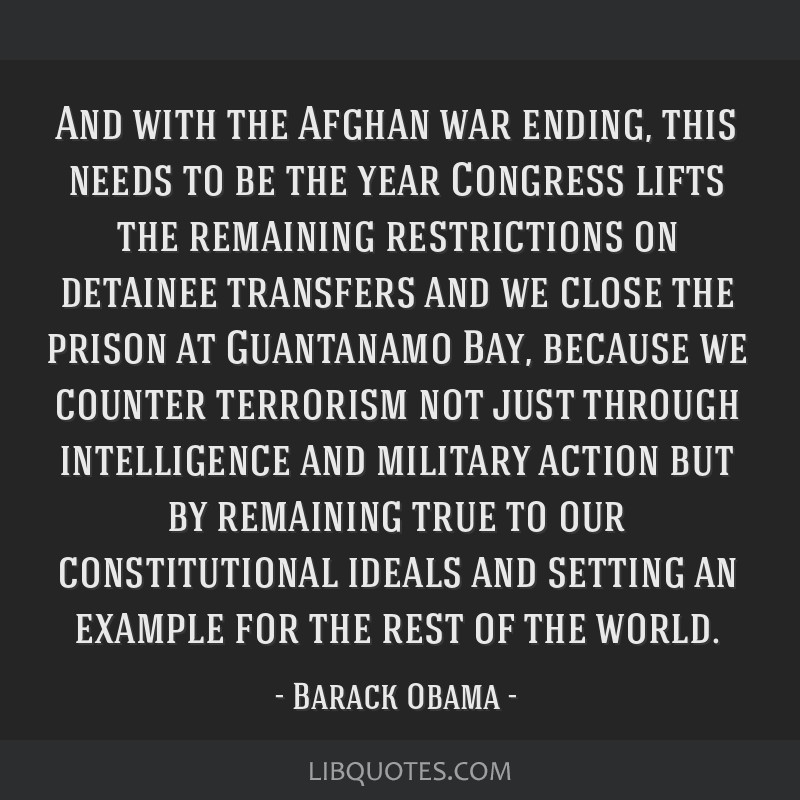