I'll cut out government spending that's not working, that we can't afford, but I'm also going to ask anybody making over $250,000 a year to go back to the tax rates they were paying under Bill Clinton, back when our economy created 23 million new jobs, the biggest budget surplus in history and everybody did well. Just like we've tried their plan, we tried our plan — and it worked. That's the difference. That's the choice in this election. That's why I'm running for a second term. 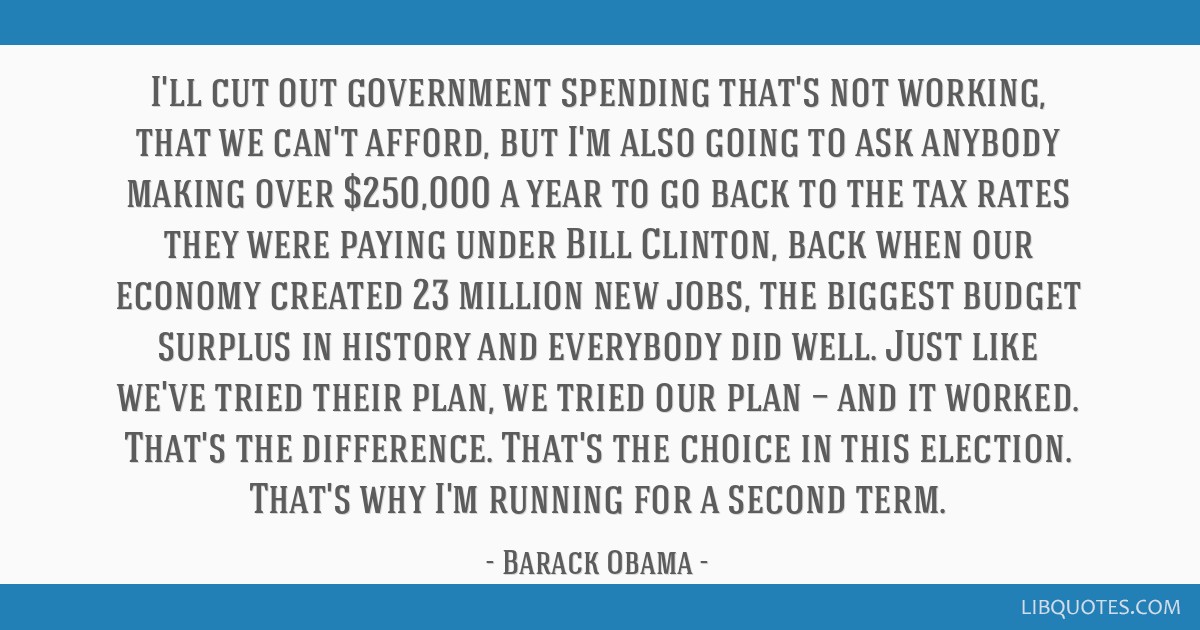 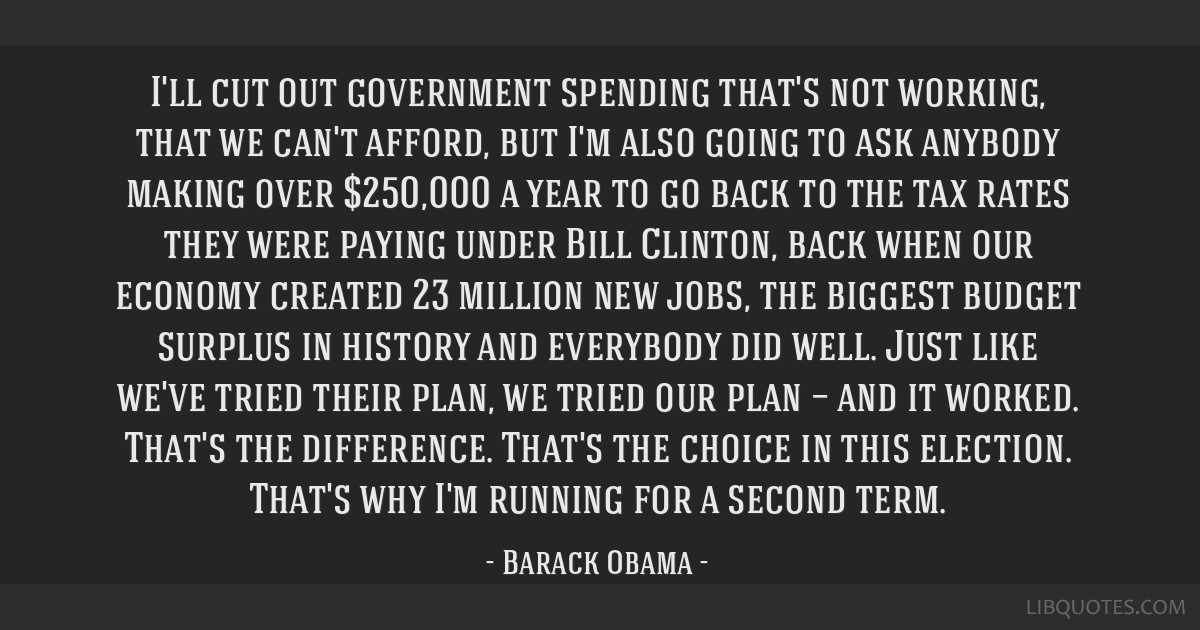 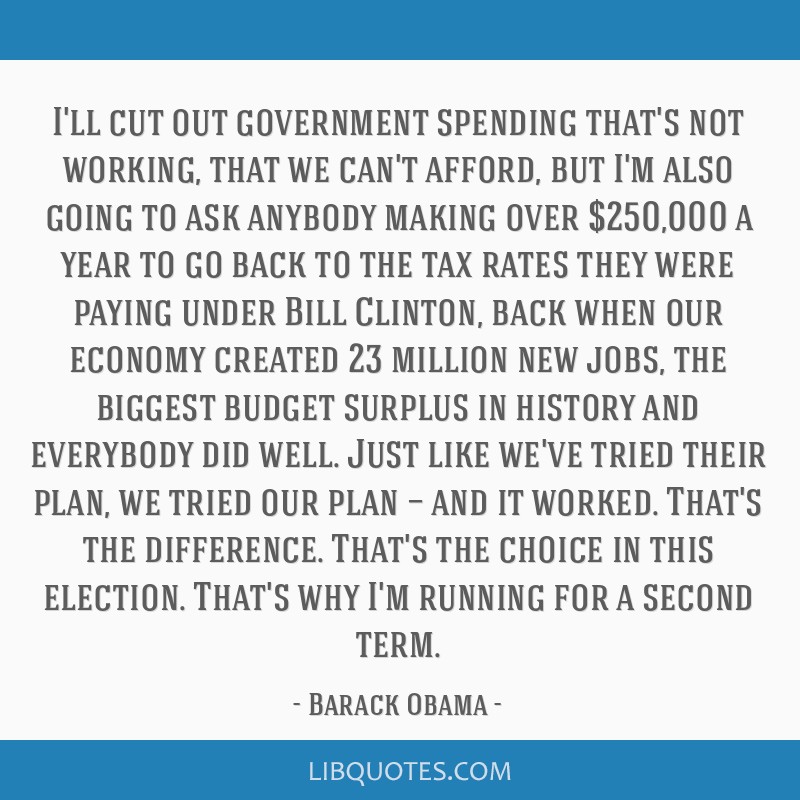 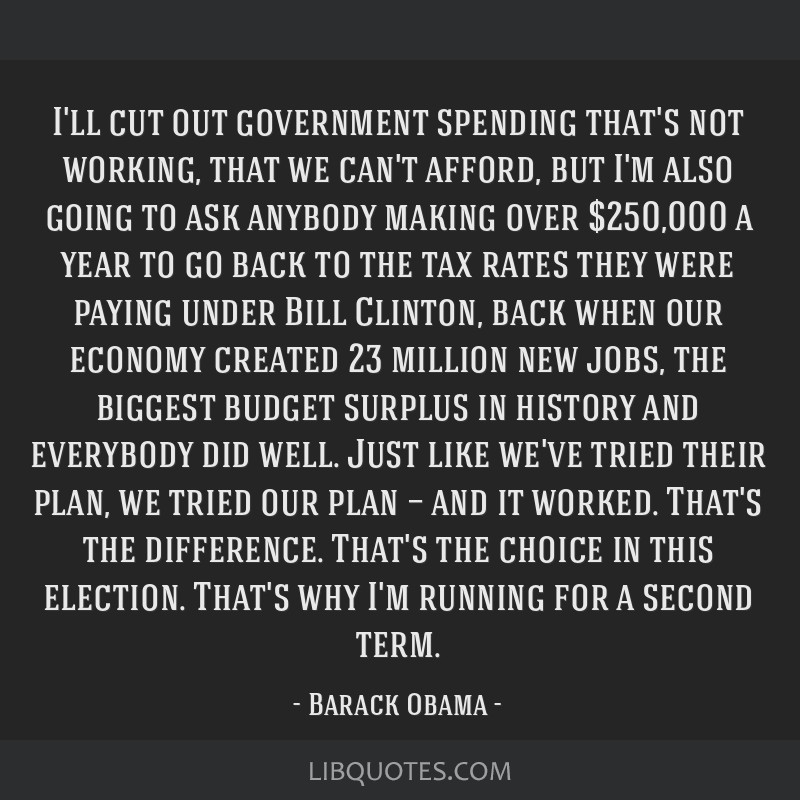 Ethnic life in the United States has become a sort of contest like baseball in which the blacks are always the Chicago Cubs.
Ishmael Reed