Mandela taught us the power of action, but he also taught us the power of ideas; the importance of reason and arguments; the need to study not only those who you agree with, but also those who you don't agree with. He understood that ideas cannot be contained by prison walls, or extinguished by a sniper's bullet. He turned his trial into an indictment of apartheid because of his eloquence and his passion, but also because of his training as an advocate. He used decades in prison to sharpen his arguments, but also to spread his thirst for knowledge to others in the movement. And he learned the language and the customs of his oppressor so that one day he might better convey to them how their own freedom depend upon his. 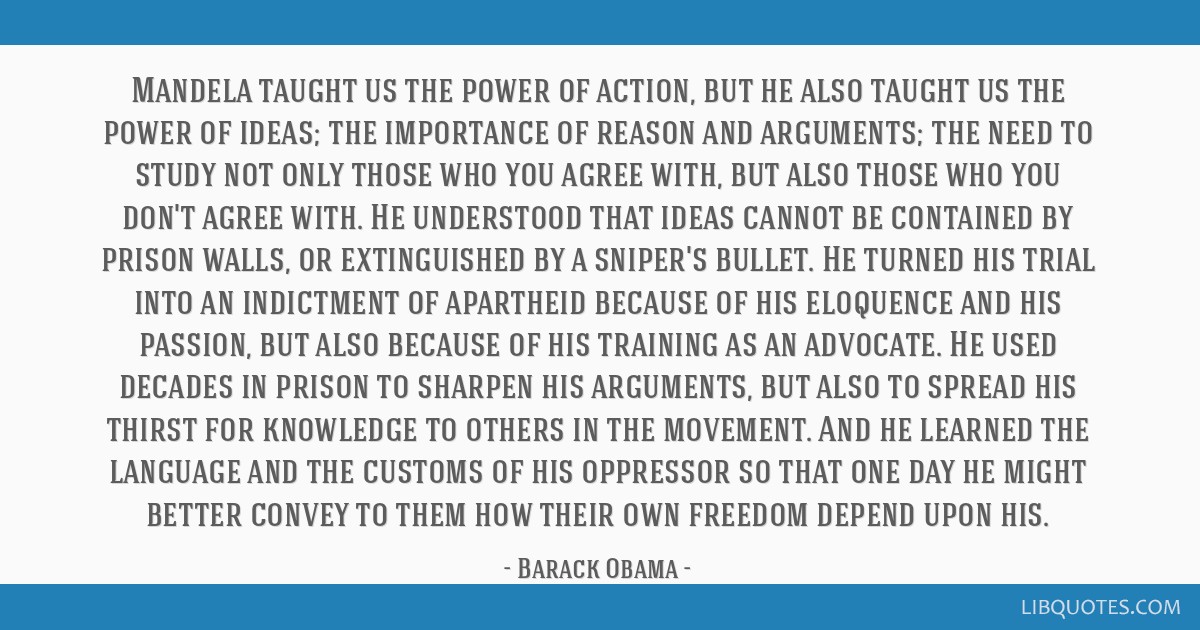 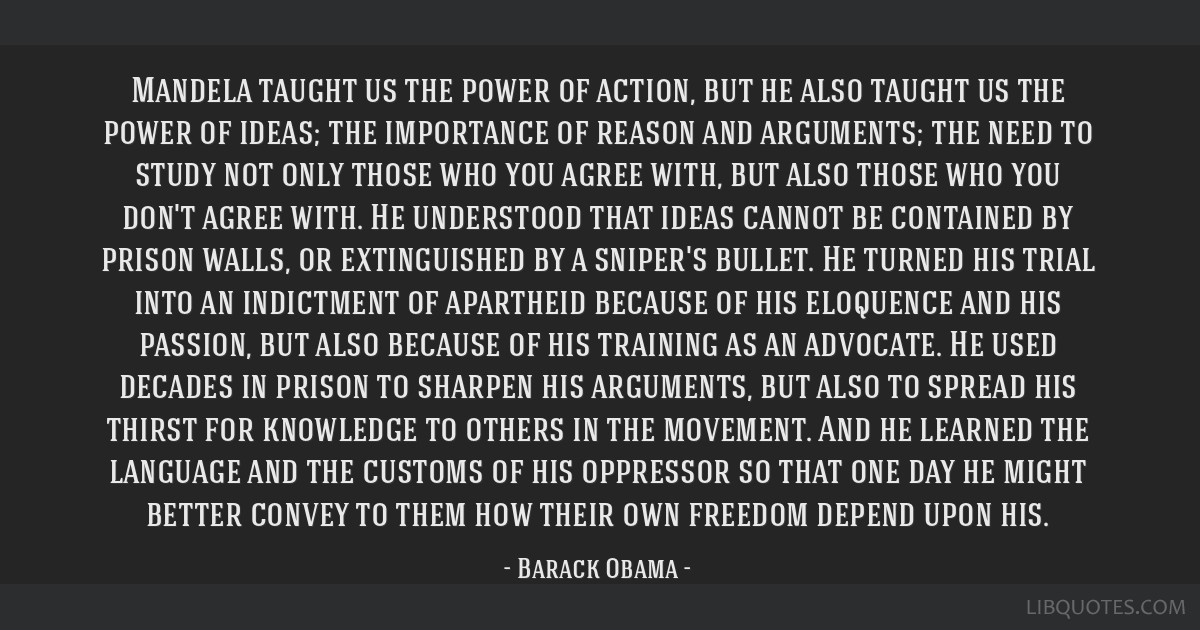 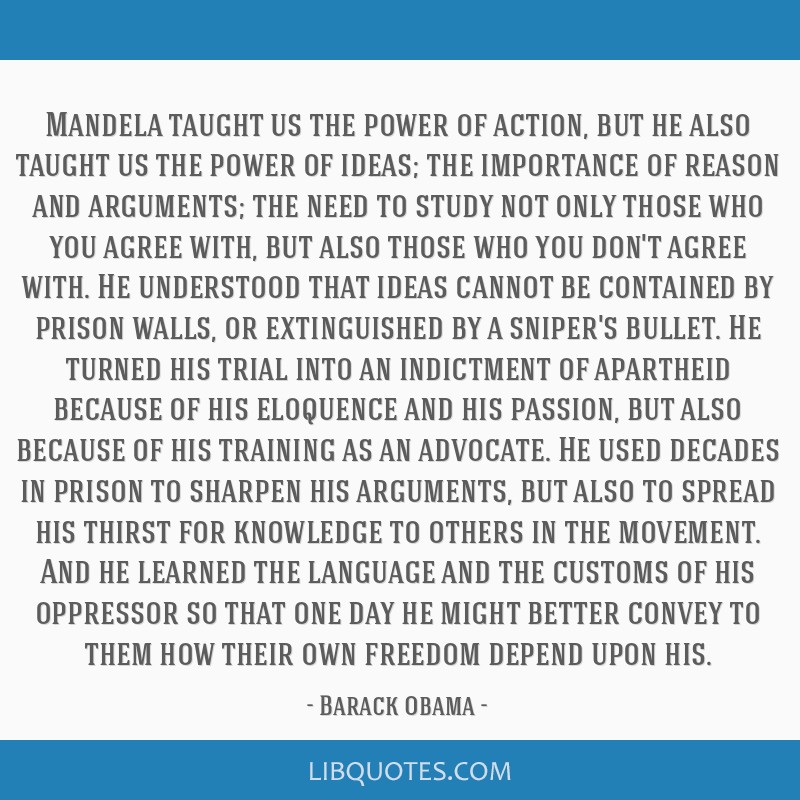 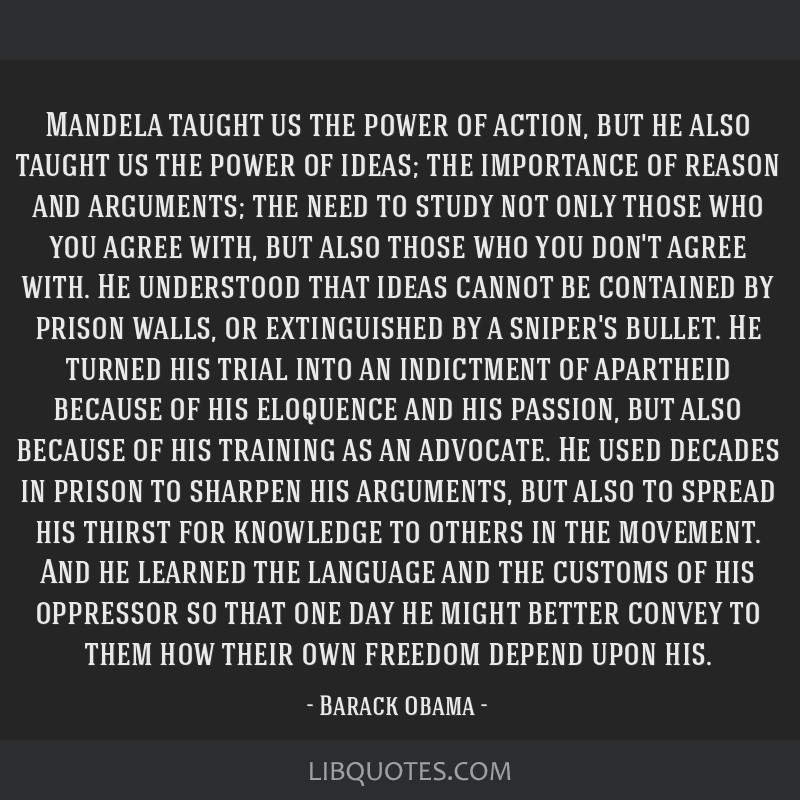