The profound mistake of Reverend Wright's sermons is not that he spoke about racism in our society. It's that he spoke as if our society was static; as if no progress has been made; as if this country - a country that has made it possible for one of his own members to run for the highest office in the land and build a coalition of white and black; Latino and Asian, rich and poor, young and old - is still irrevocably bound to a tragic past. 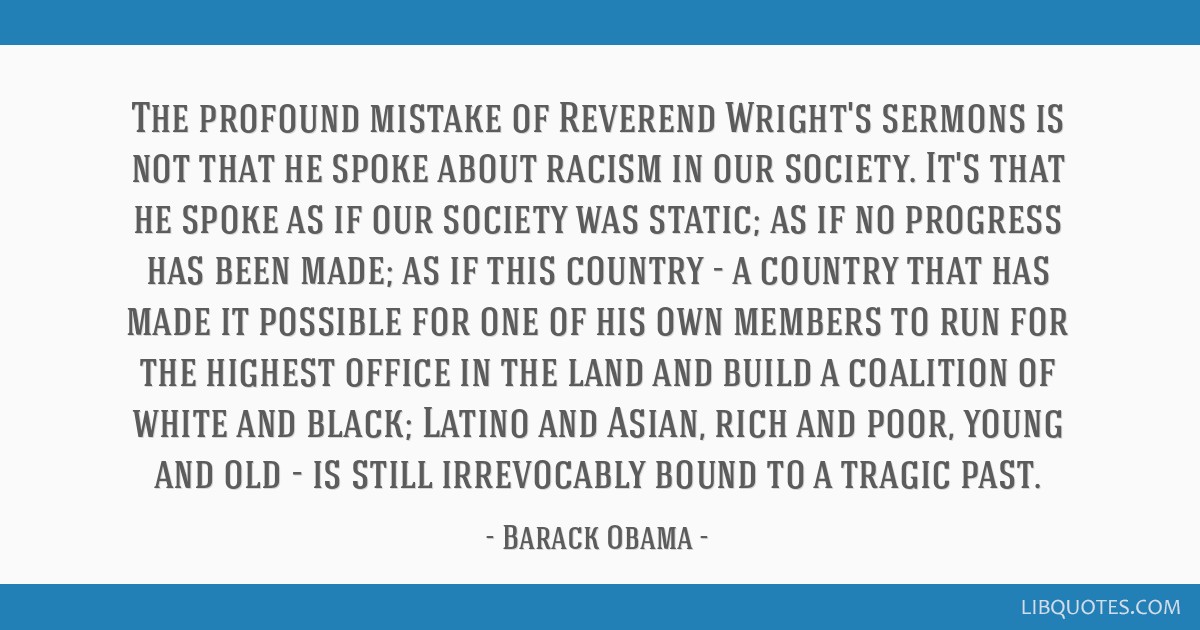 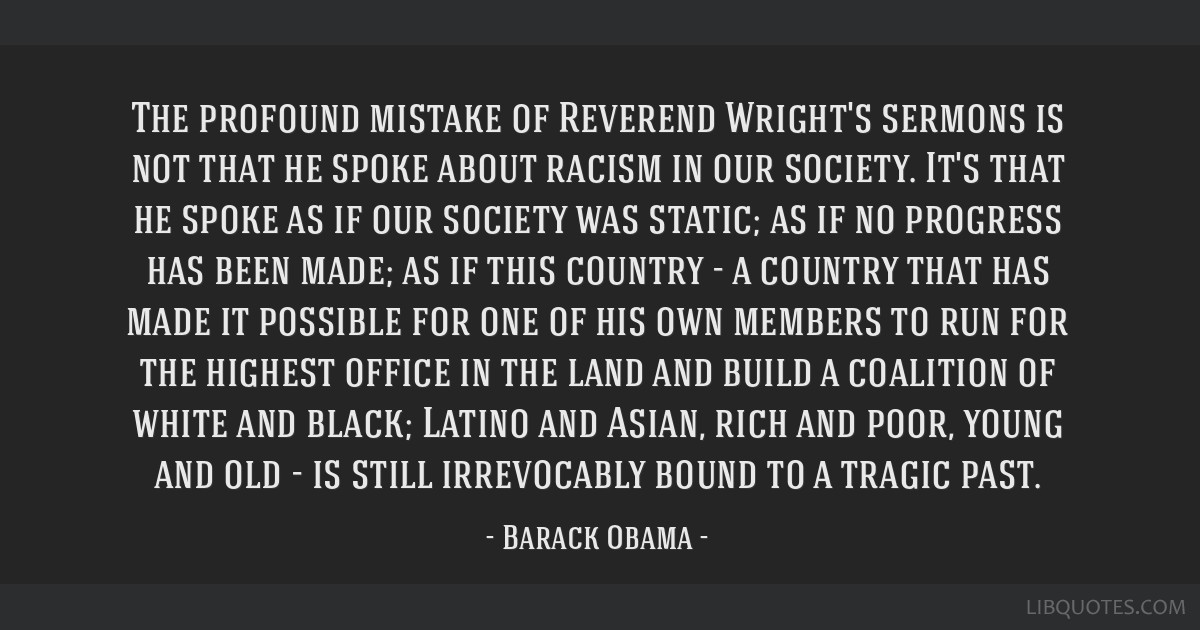 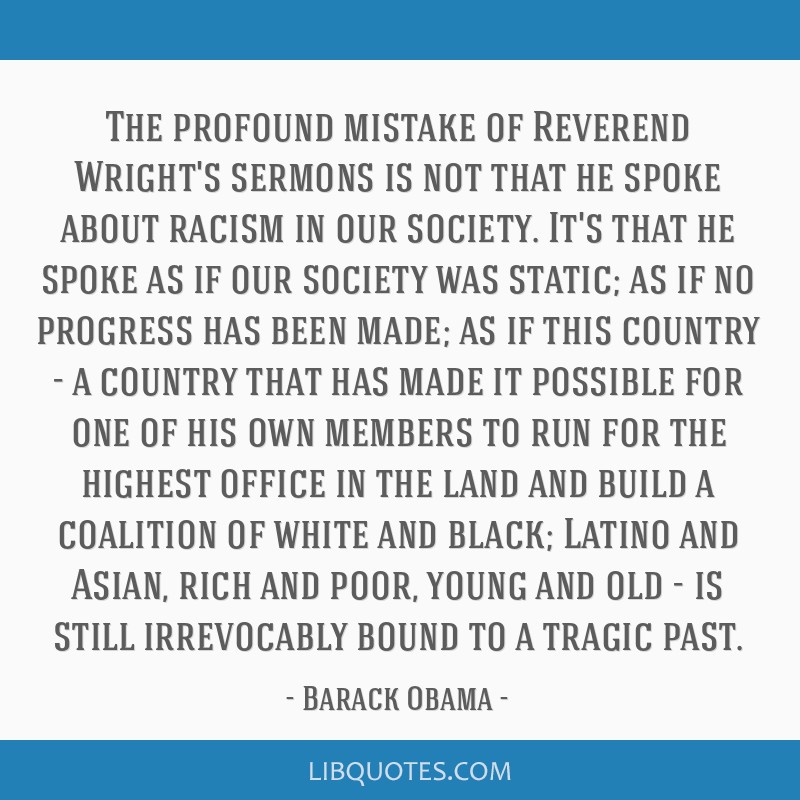 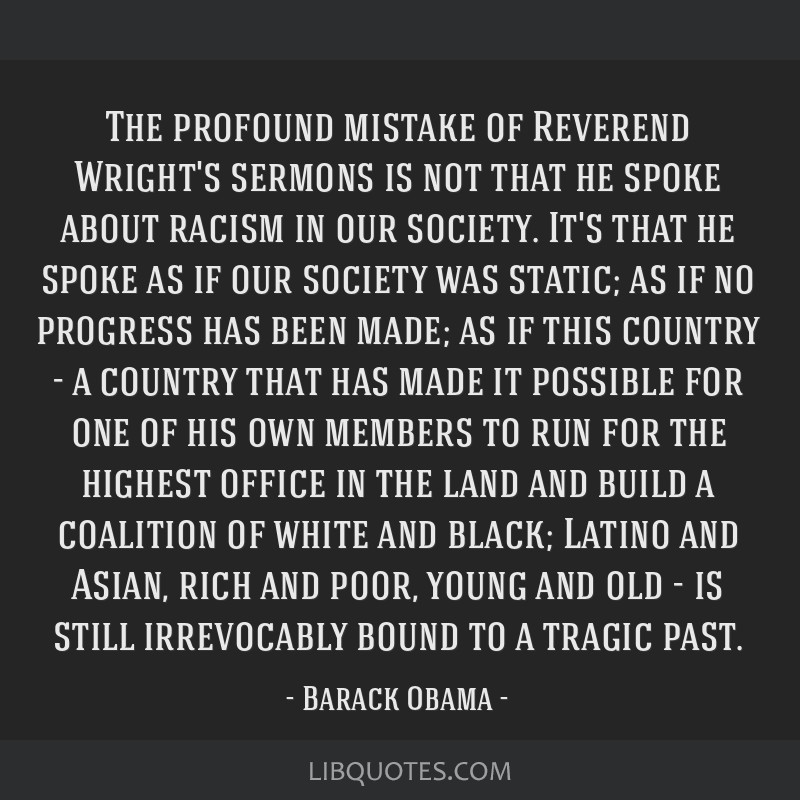