We share a belief in the dignity and equality of every human being; that our daughters deserve the same opportunities as our sons; that our gay and lesbian brothers and sisters must be treated equally under the law; that our societies are strengthened and not weakened by diversity. And we stand up for universal human rights, not only in America and in Europe, but beyond, because we believe that when these rights are respected, nations are more successful and our world is safer and more just. 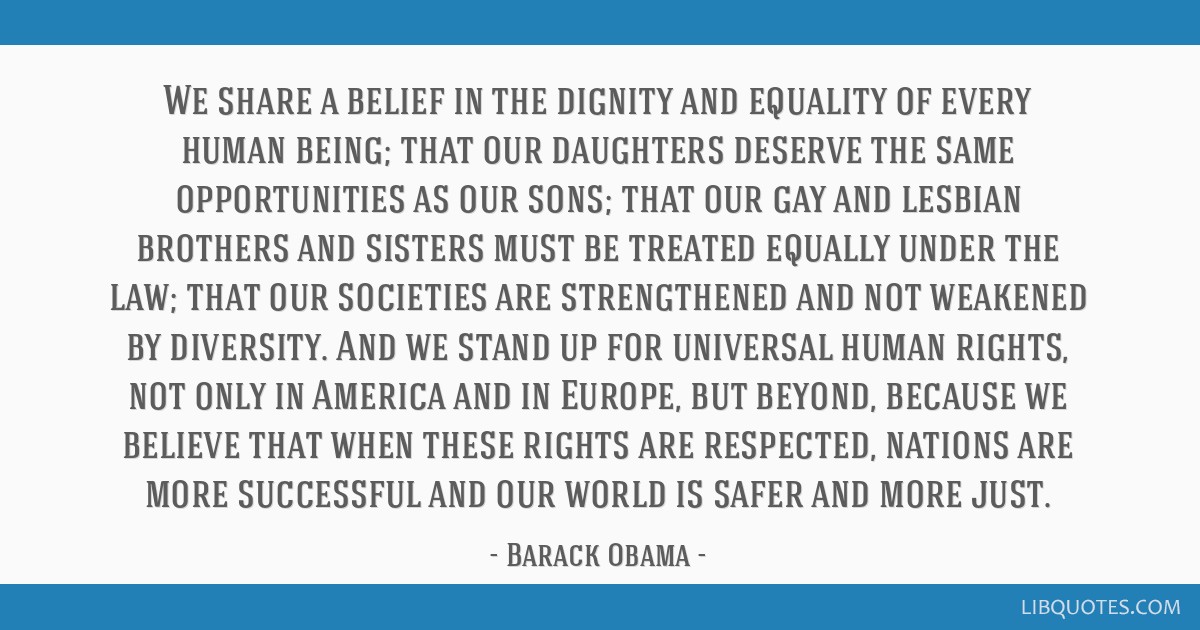 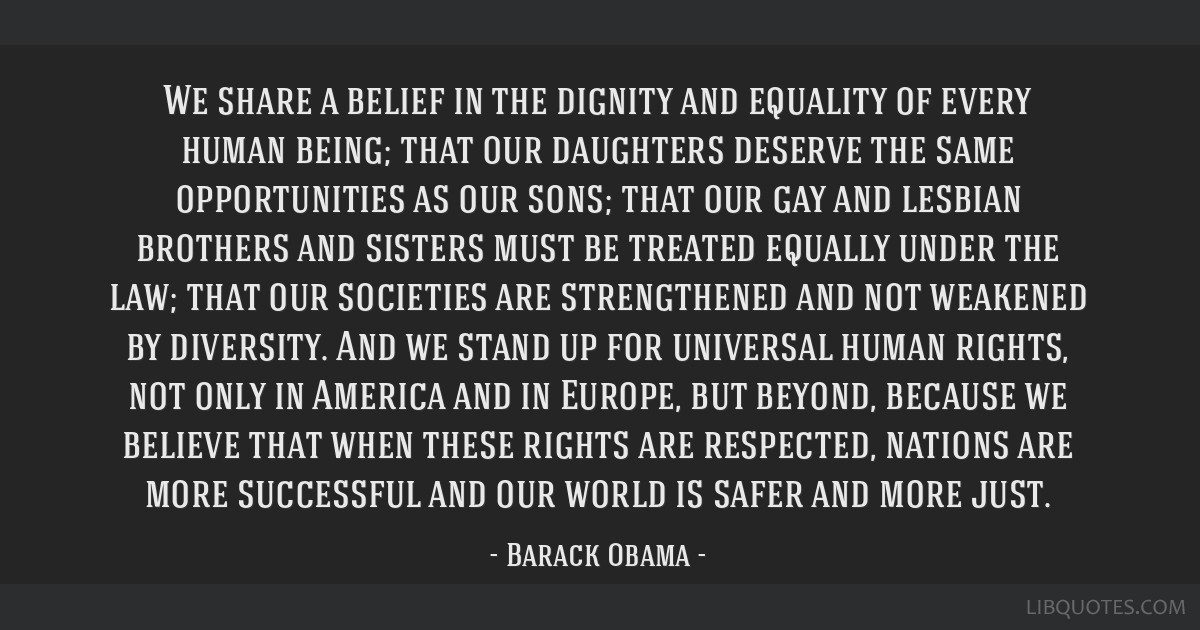 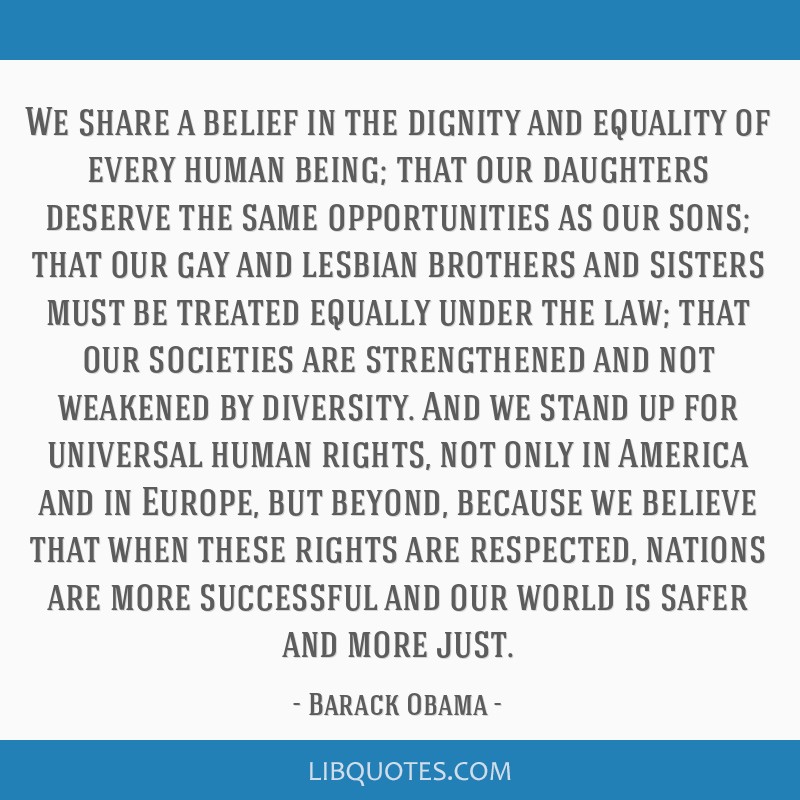 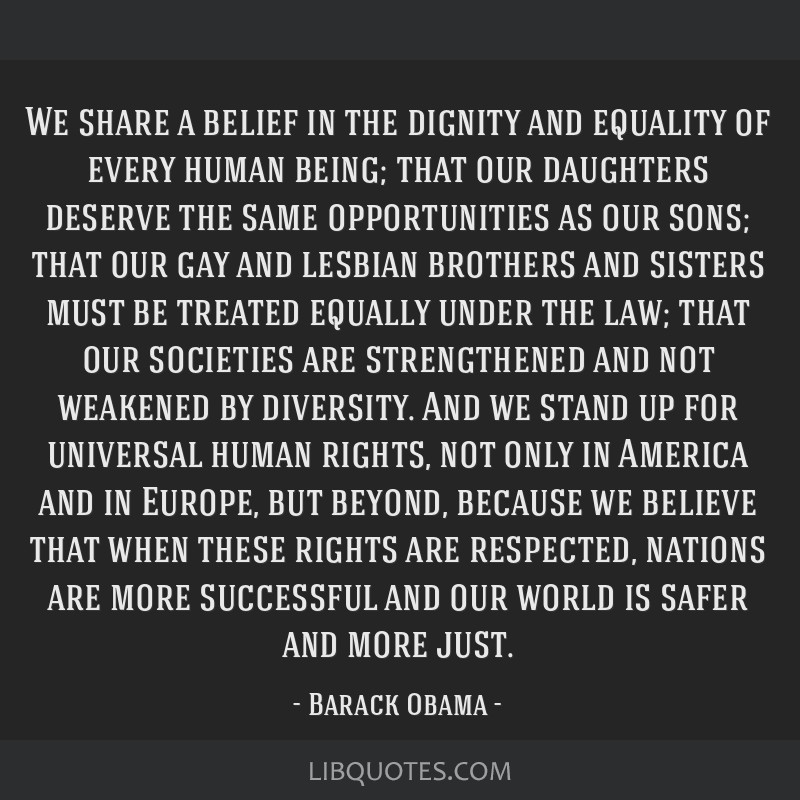