Revision is a dangerous word which should never appear in the mouth of a statesman or in the policy of a government until they are prepared to define very clearly the limits within which they think it should take place. We have revised and revised and what have we got for it? What concession once made has any longer kept the value it had before it was revised? Of which of these concessions can it be said that it has tempered feeling in Germany, that it has produced friendly spirit that those who made it desired to promote?

Speech in the House of Commons questioning revisions of the Treaty of Versailles (13 April, 1933). 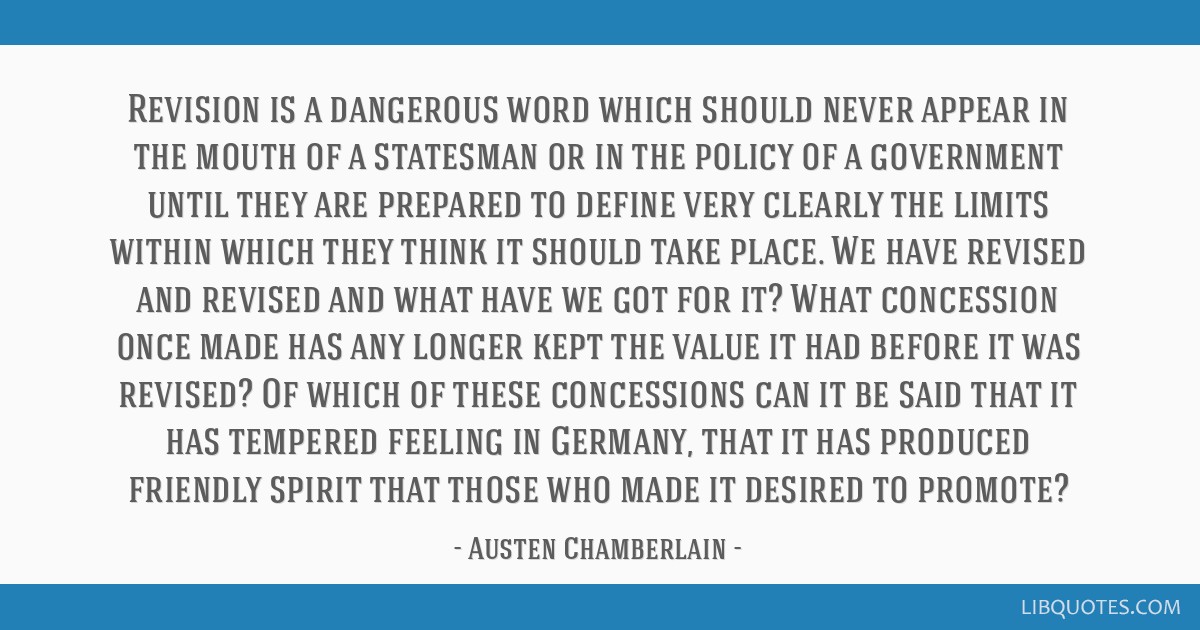 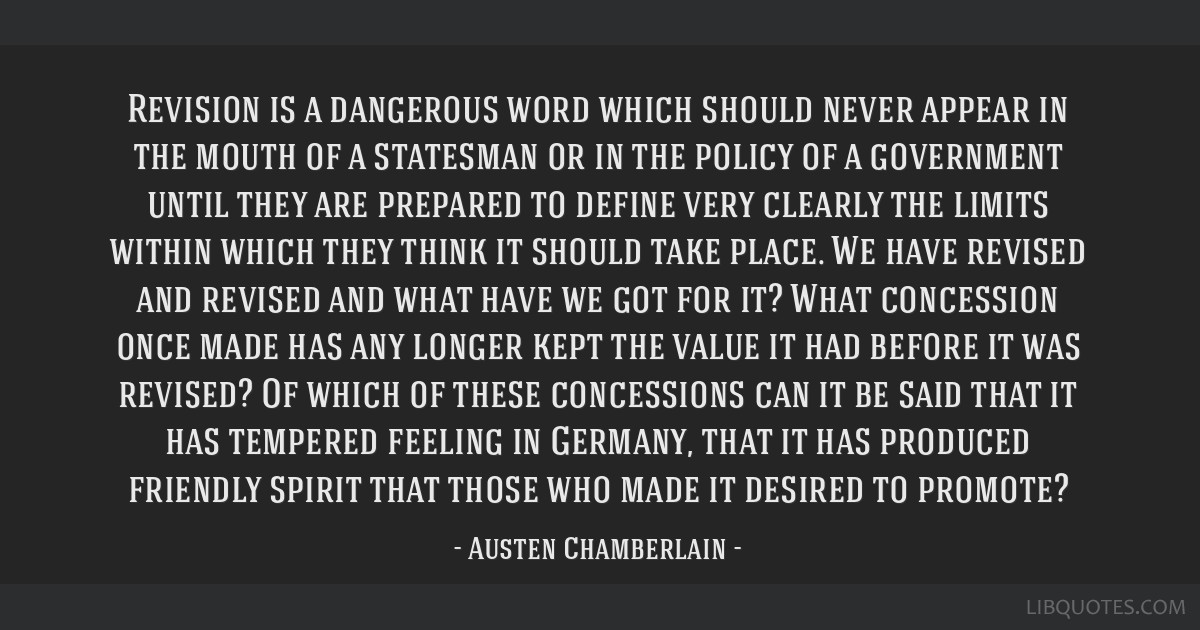 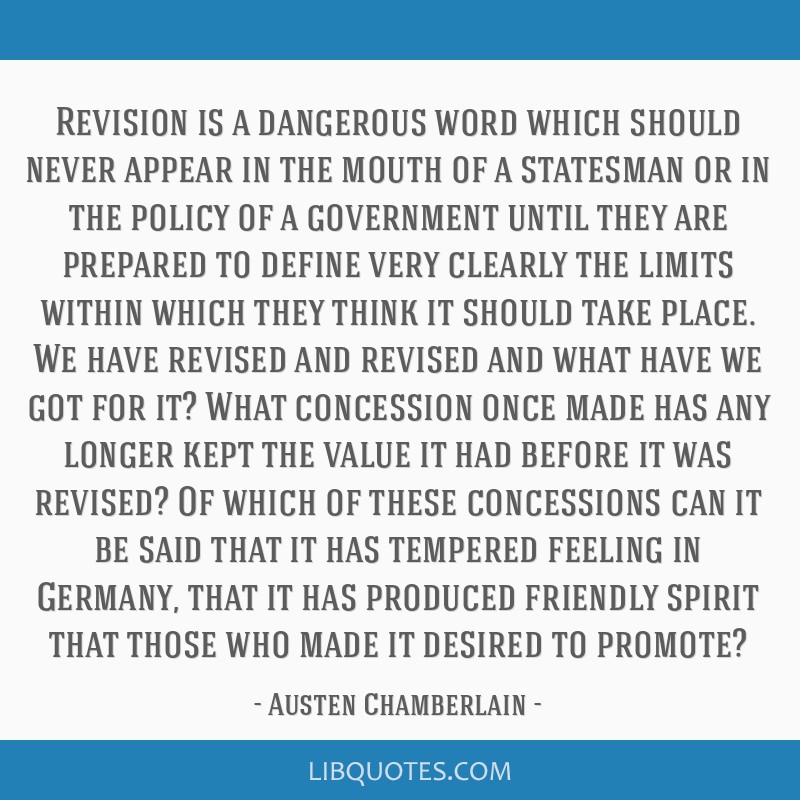 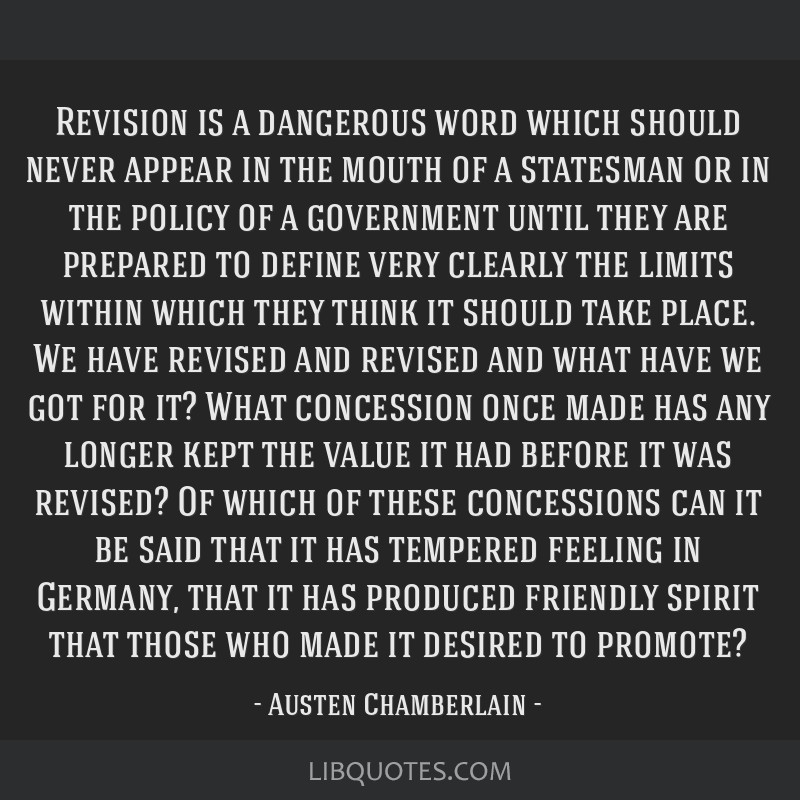 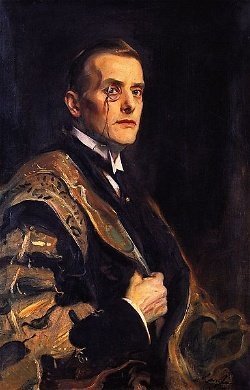