They call us murderers, but we did not murder Martin Luther King, Jr., Emmett Till, Medgar Evers, Malcolm X, George Jackson, Nat Turner, James Chaney, and countless others. We did not murder, by shooting in the back, sixteen-year-old Rita Lloyd, eleven-year-old Rickie Bodden, or ten-year-old Clifford Glover. They call us murderers, but we do not control or enforce a system of racism and oppression that systematically murders Black and Third World people. Although Black people supposedly comprise about fifteen percent of the total amerikkkan population, at least sixty percent of murder victims are Black. For every pig that is killed in the so-called line of duty, there are at least fifty Black people murdered by the police. 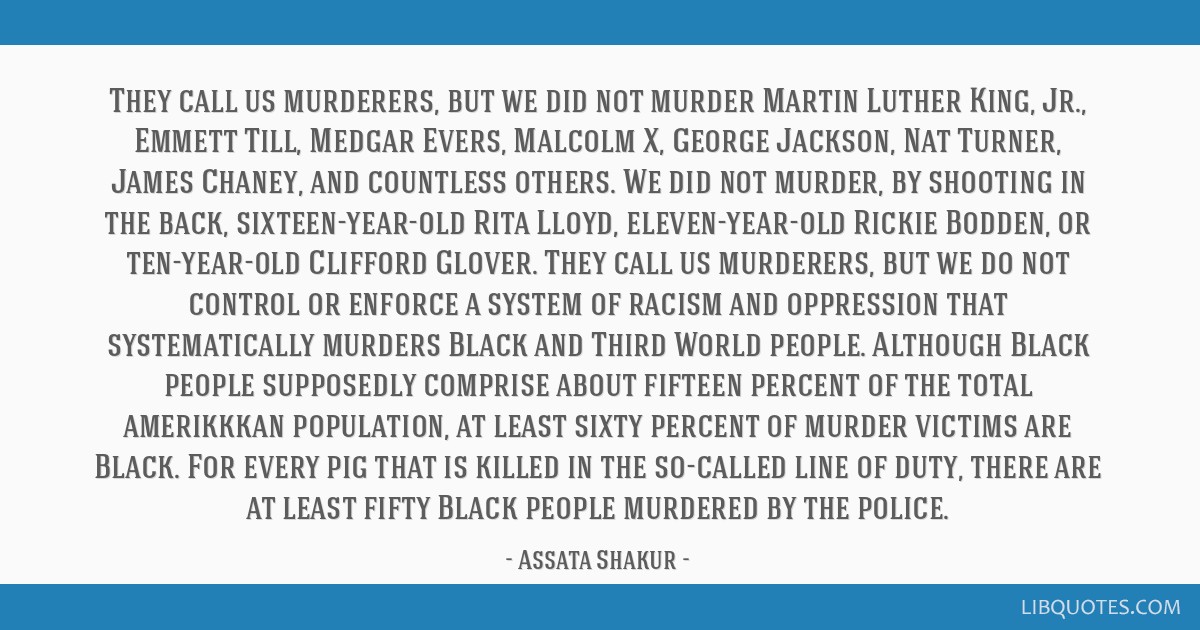 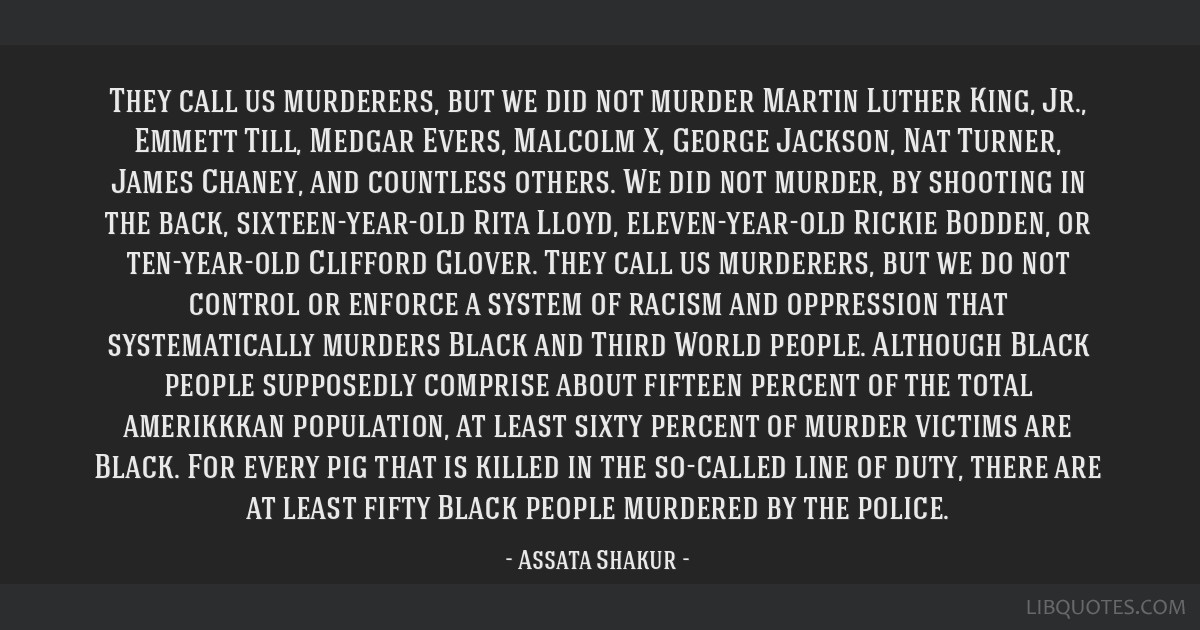 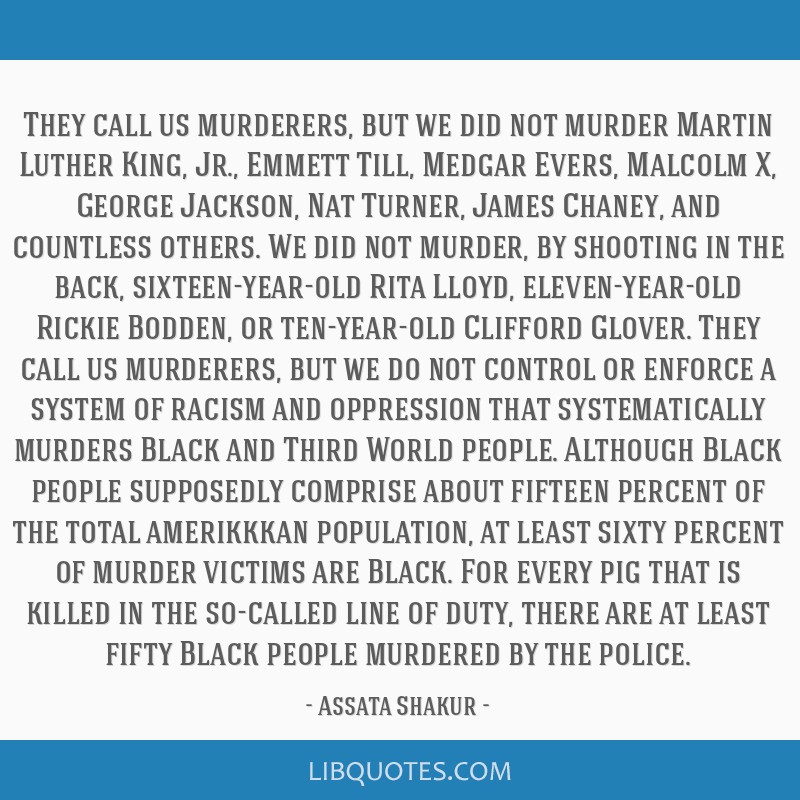 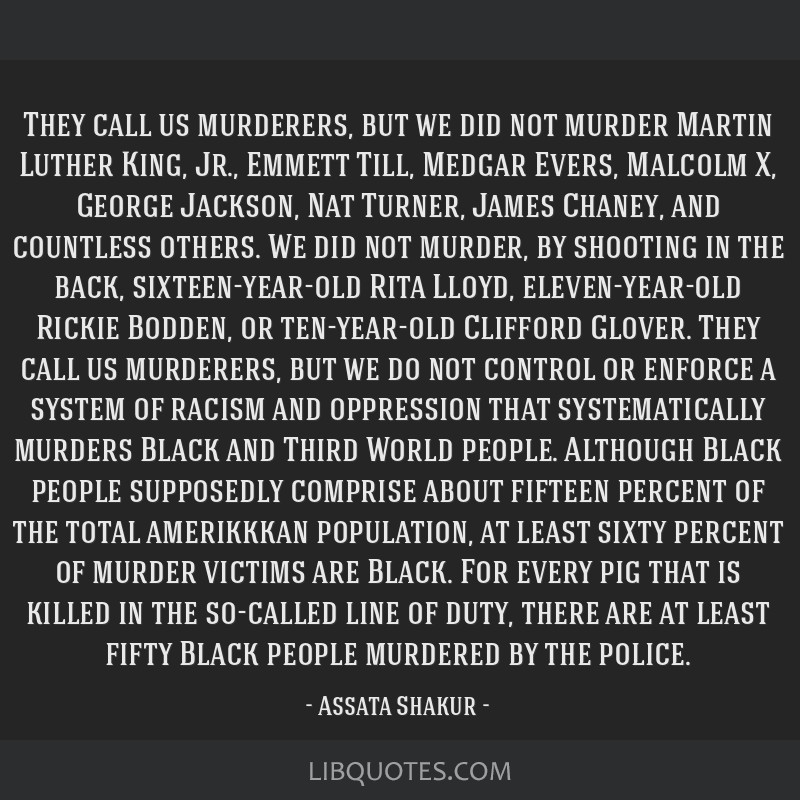 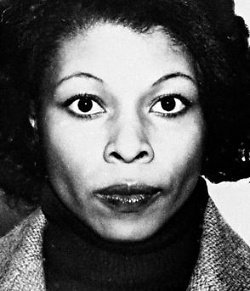