The Jews are the enemy of National Socialism. From the time of their emancipation their methods were directed to the annihilation of the folkish and moral worth of the German people and to replace a national and responsible ideology with international nihilism. It was really they who stabbed the Army in the back which broke the resistance of the Germans in the First World War. The Jews are the enemy with whom no armistice or peace can be made. We will smite the Jews where we meet them and whoever goes along with them must take the consequences. 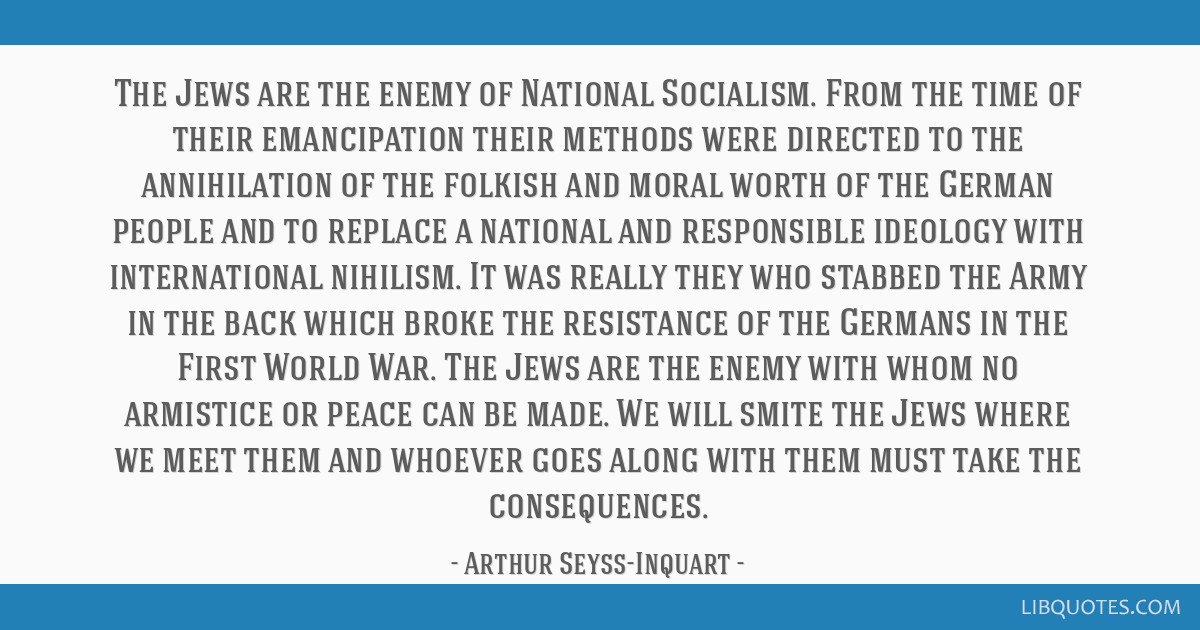 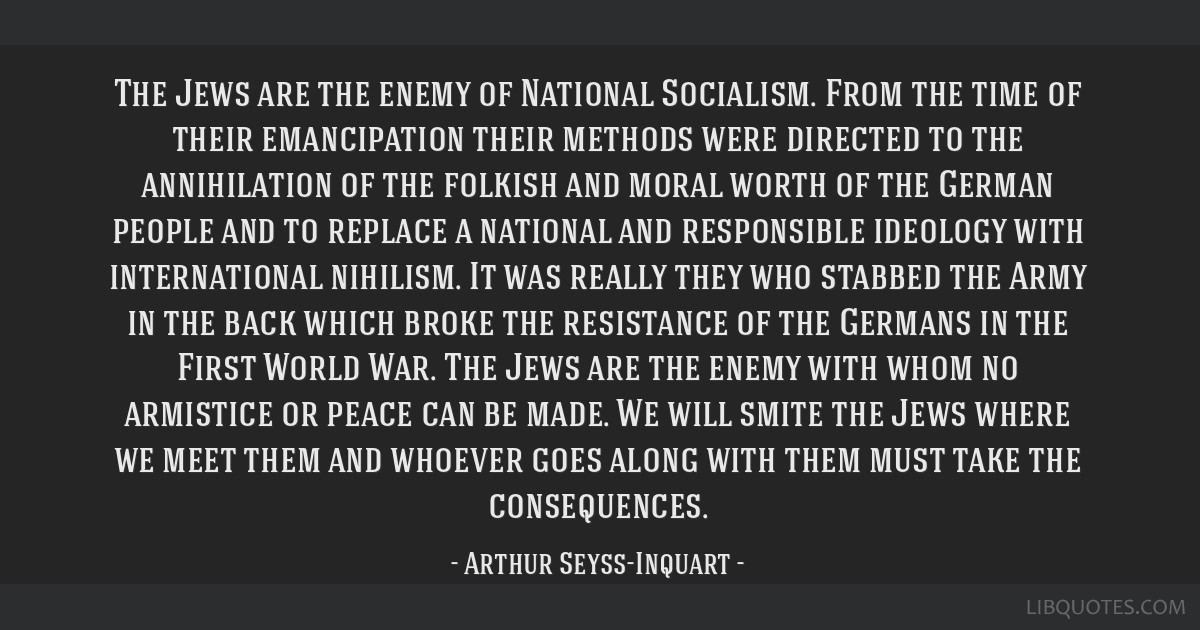 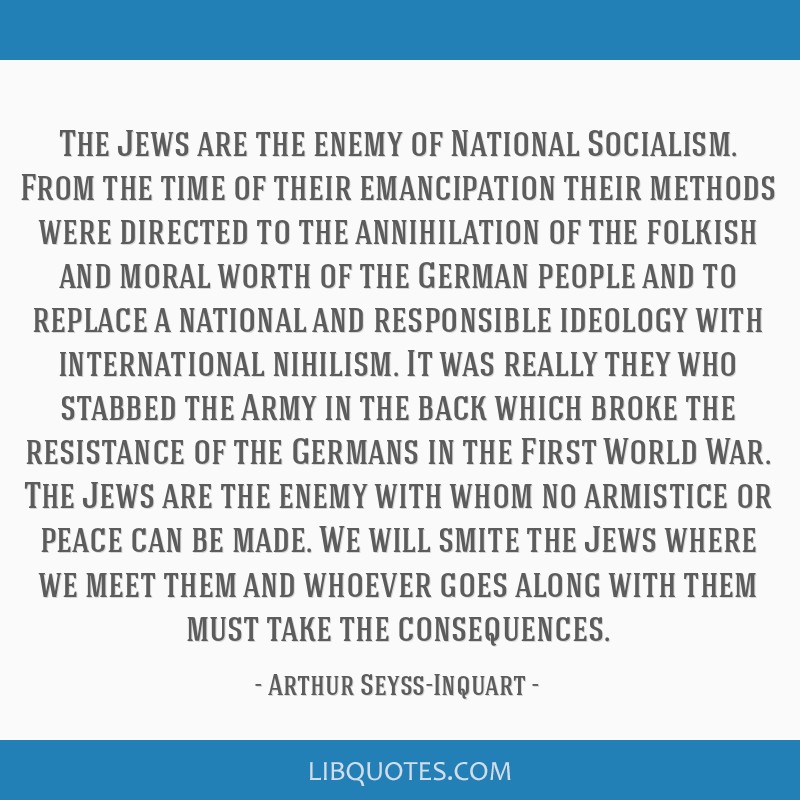 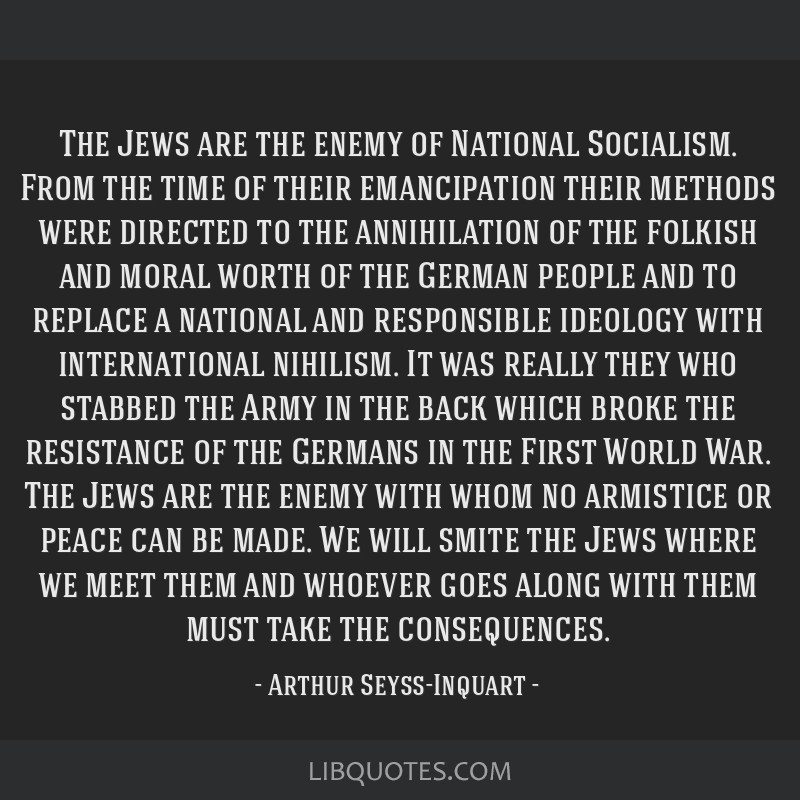 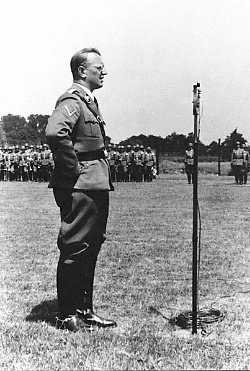