A scientific man, in so far as he influences the progress of science cannot be far ahead of his time, and though his writings may be read and admired centuries after his death, he will have written in vain if he has not been appreciated by his contemporaries or by those who immediately followed. 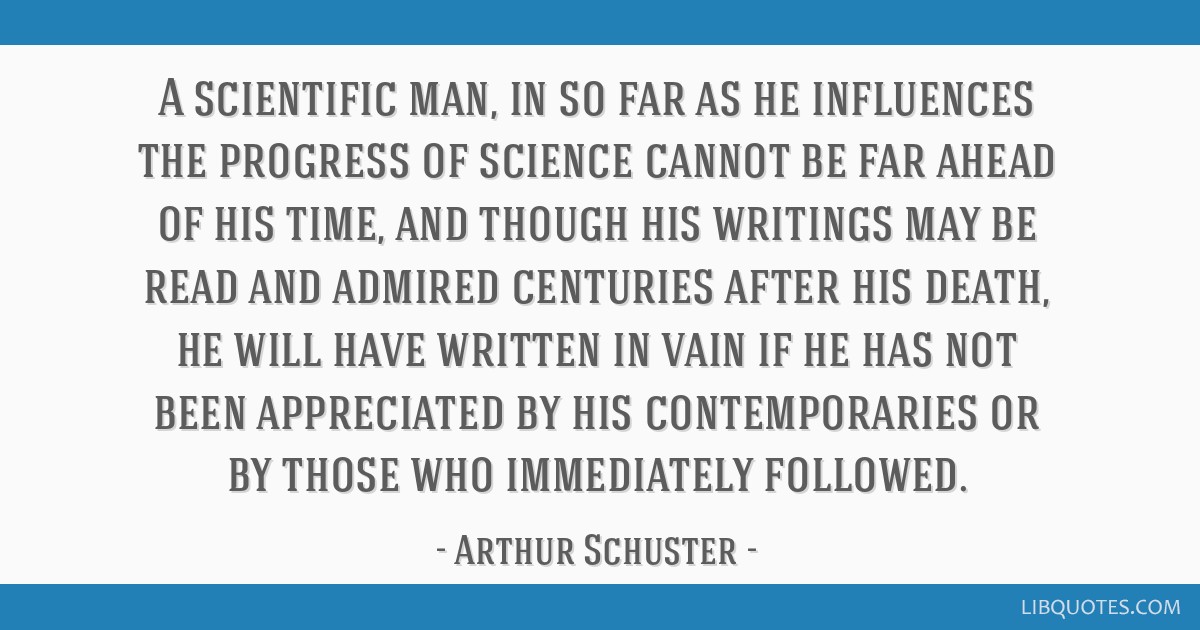 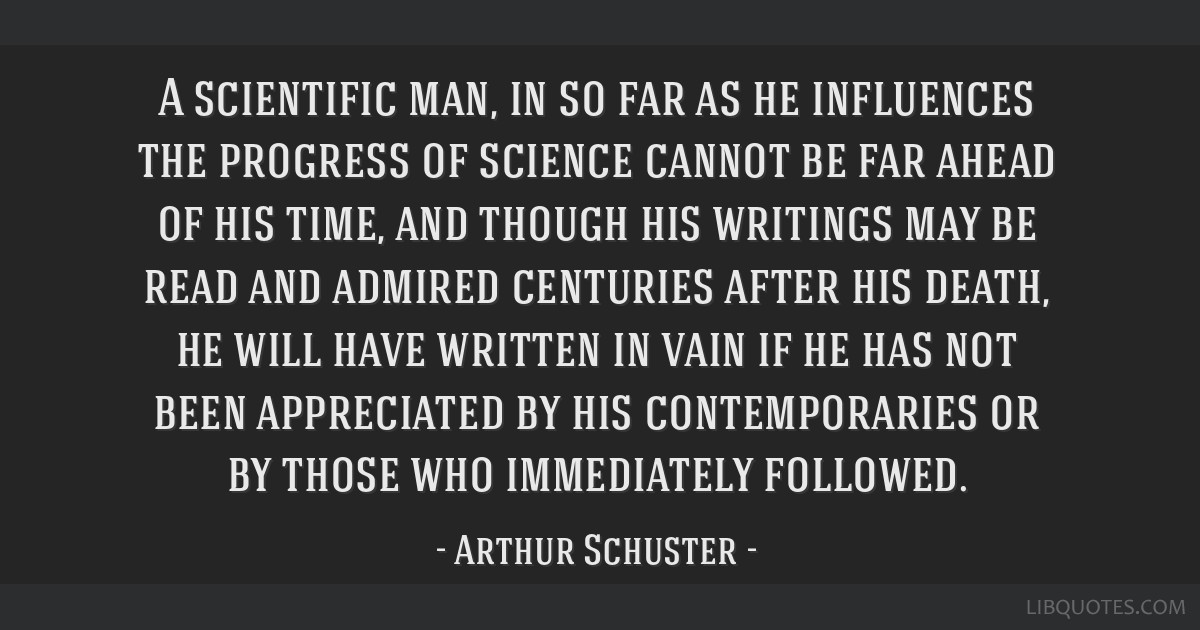 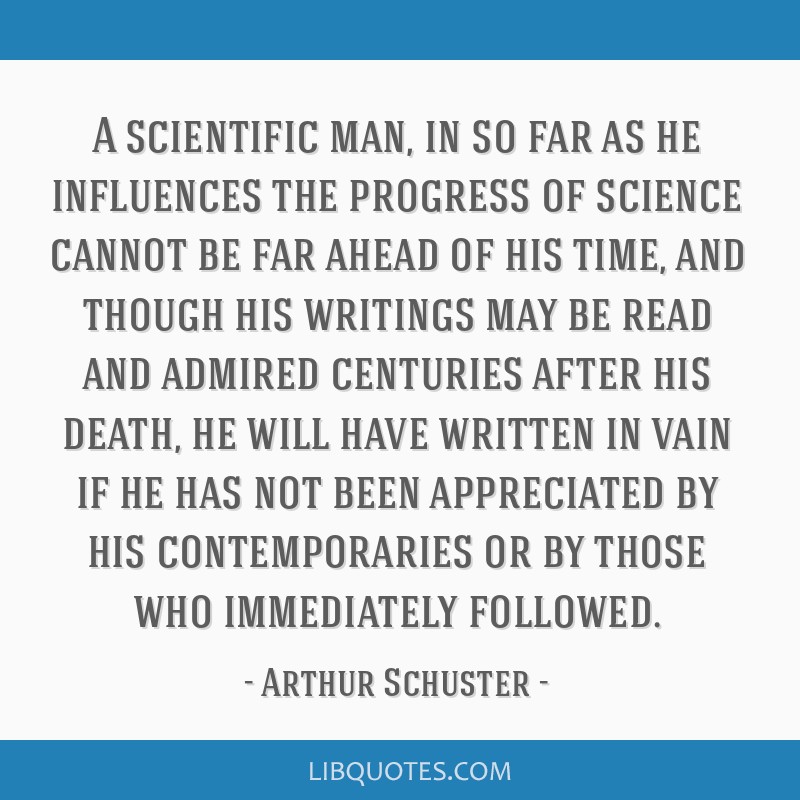 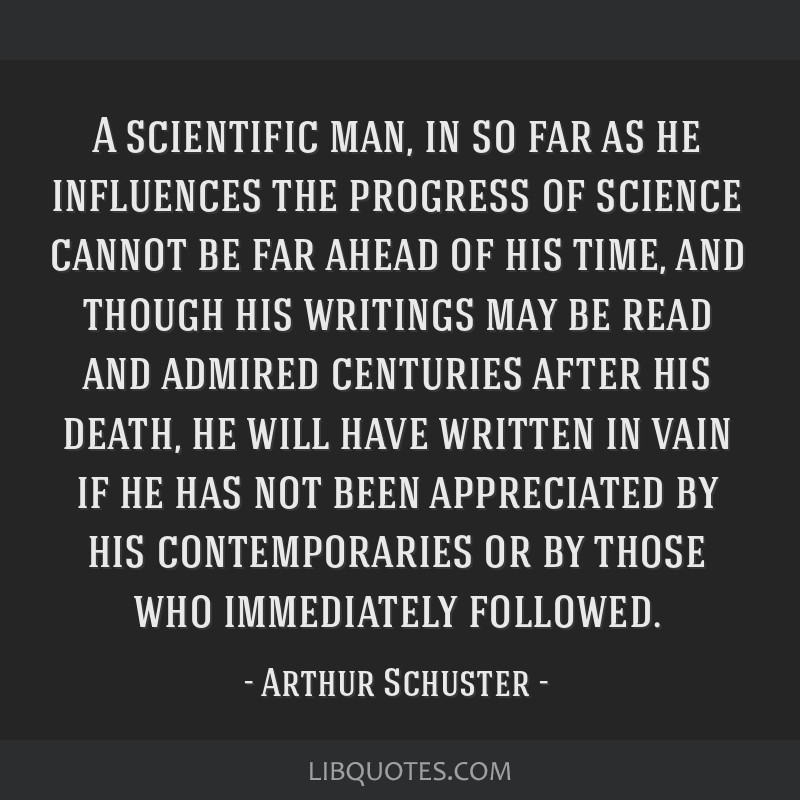 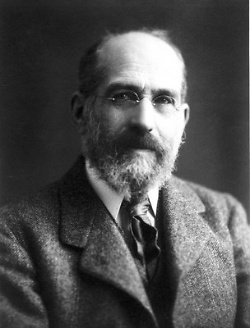