Clearly, the broad effect of economic evolution until about 1920 was to increase the concentration of jobs in the cyclically volatile industries, and this was a major force tending to intensify declines of employment during business contractions. Since then, the continued progress of technology, the very factor which originally was mainly responsible for the concentration in the cyclical industries, has served to arrest this tendency. The upward trend of production in manufacturing and the other highly cyclical industries has remained rapid in recent decades. 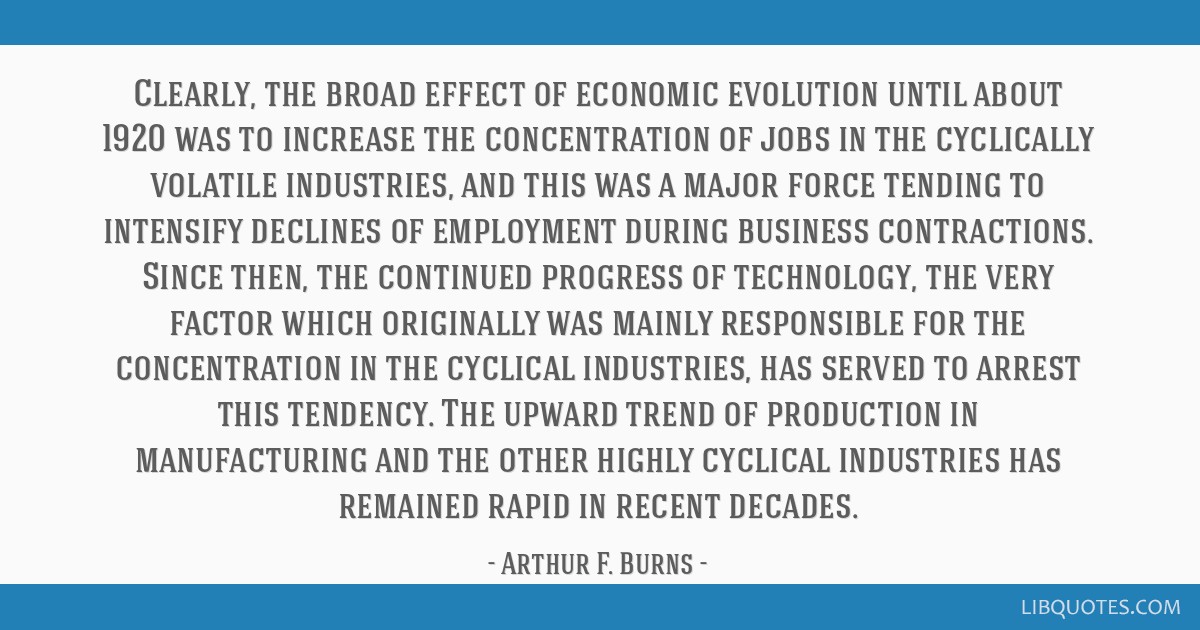 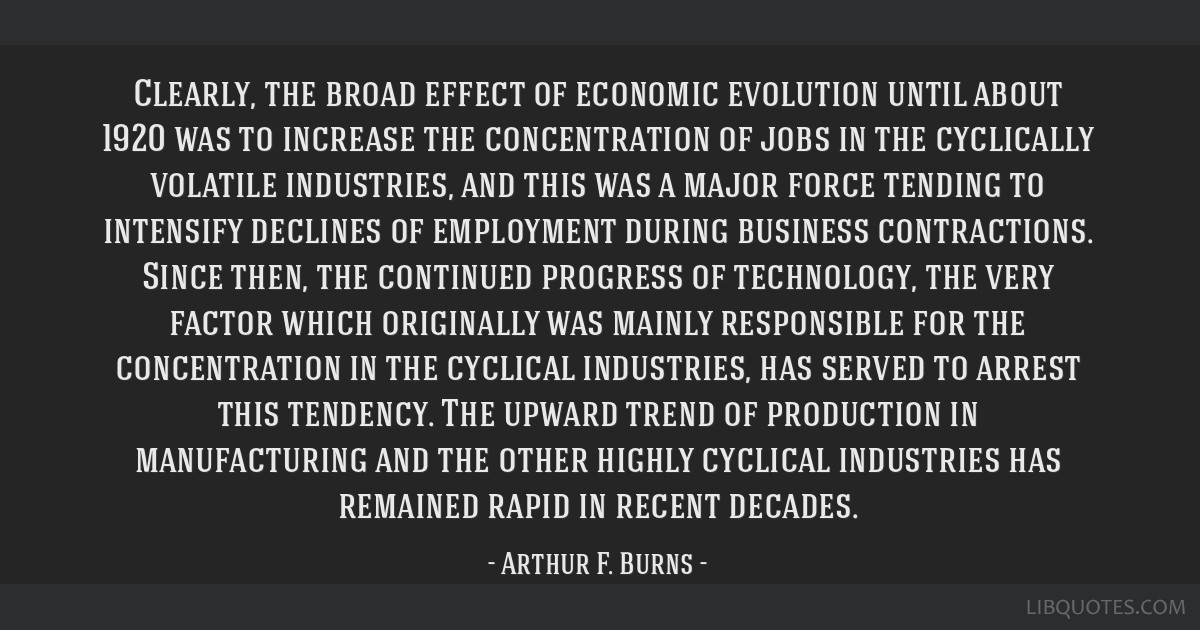 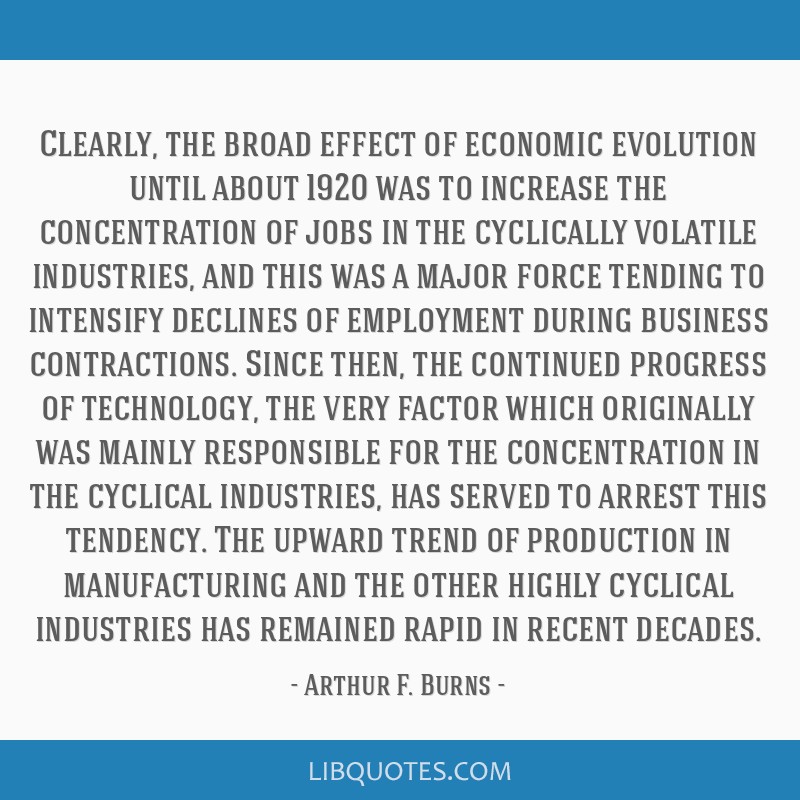 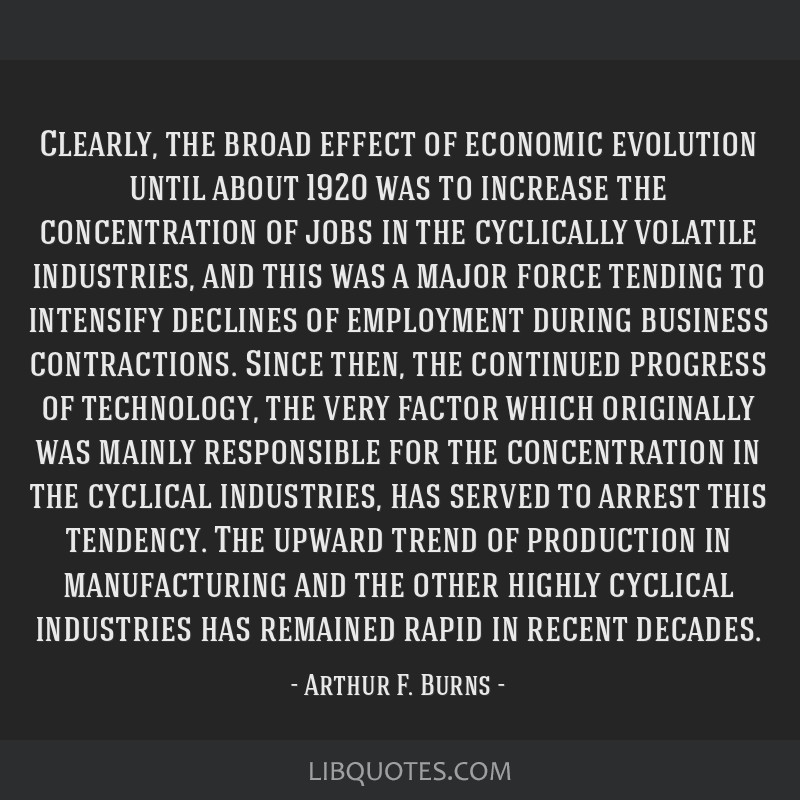 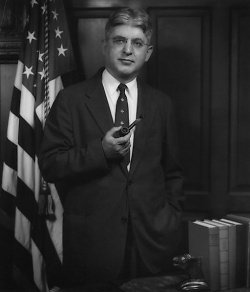