So much the worse, it may be, for a particular meeting: but the meeting is the individual, which on evolution principles, must be sacrificed for the development of the race.

Arthur Cayley
And in another point of view, I think it is right that the address of a president should be on his own subject, and that different subjects should be thus brought in turn before the meetings.

Arthur Cayley
As for everything else, so for a mathematical theory: beauty can be perceived but not explained.

Arthur Cayley
Not that the propositions of geometry are only approximately true, but that they remain absolutely true in regard to that Euclidean space which has been so long regarded as being the physical space of our experience.

Arthur Cayley
Mathematics connect themselves on the one side with common life and the physical sciences; on the other side with philosophy, in regard to our notions of space and time, and in the questions which have arisen as to the universality and necessity of the truths of mathematics, and the foundation of our knowledge of them. 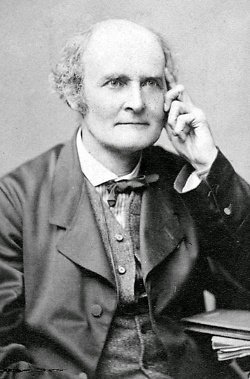