If that were true [that the principles of the Ten Commandments brought about universal human rights, women's suffrage, the abolition of slavery and parliamentary democracy], then all this progress would have come about thousands of years ago, and not just in the last century or so. But each of the advances... cited were made only recently, after the Enlightenment and in spite of the Commandments, because those Commandments are authoritarian, not democratic; they allow special privileges for one race over all others, they permit and endorse slavery, and they treat women as property. So, for these unique achievements to have occurred at all, the Commandments would have to be ignored or discarded first. 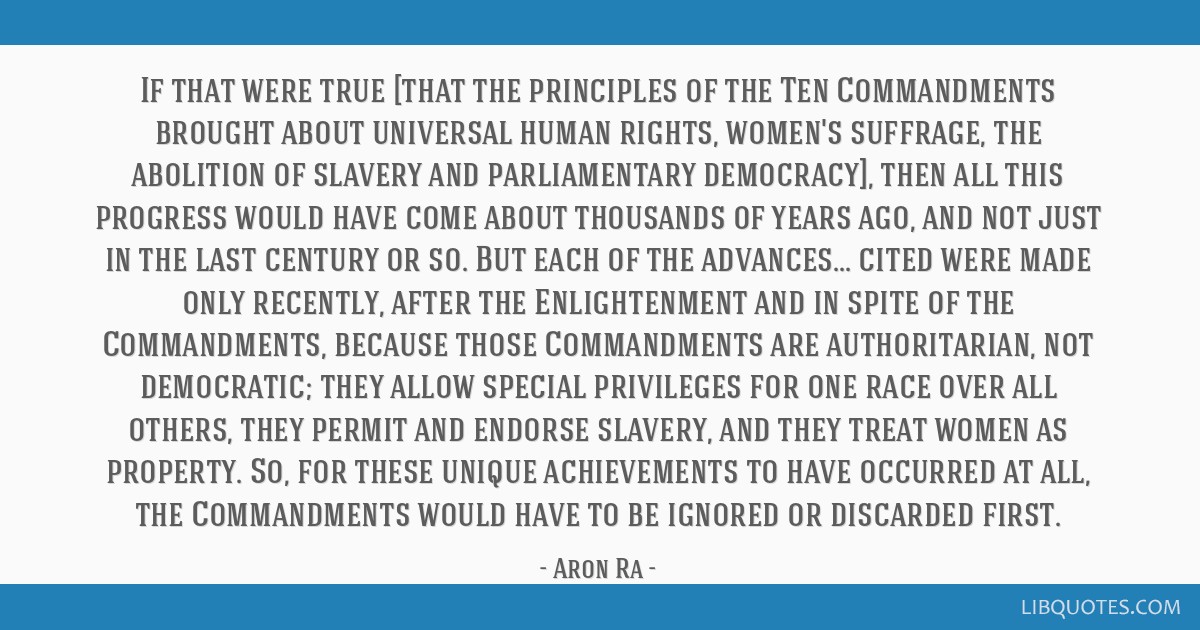 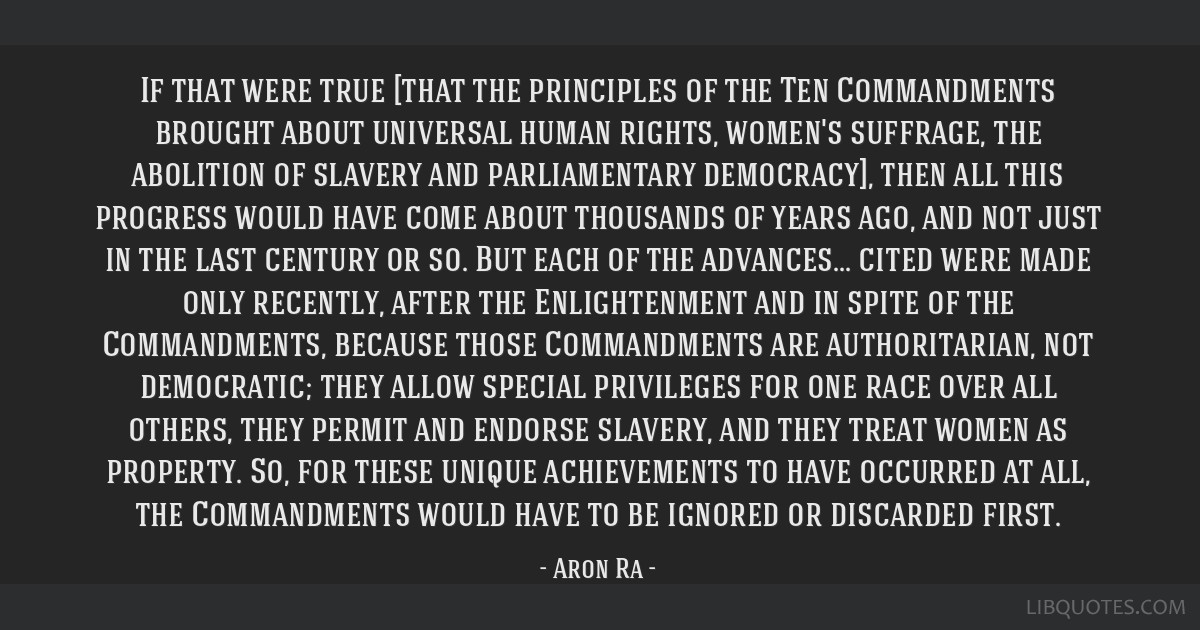