Of all the developed nations throughout Christendom, only the United States has a significant number of creationists, and they're the minority even here! Every other predominantly-Christian country tends to regard creationism as an incredulous, (if not insane) radical fringe movement which is an almost exclusively American phenomenon, and not taken seriously anywhere else. Poll after poll continues to reveal that, around the world, most evolutionists are Christian, and most Christians are evolutionists. So evolution is not synonymous with atheism, and creationism isn't synonymous with Christianity either. Most creationists aren't even Christians! There are millions more Muslim and Hindu creationists than Christian ones. 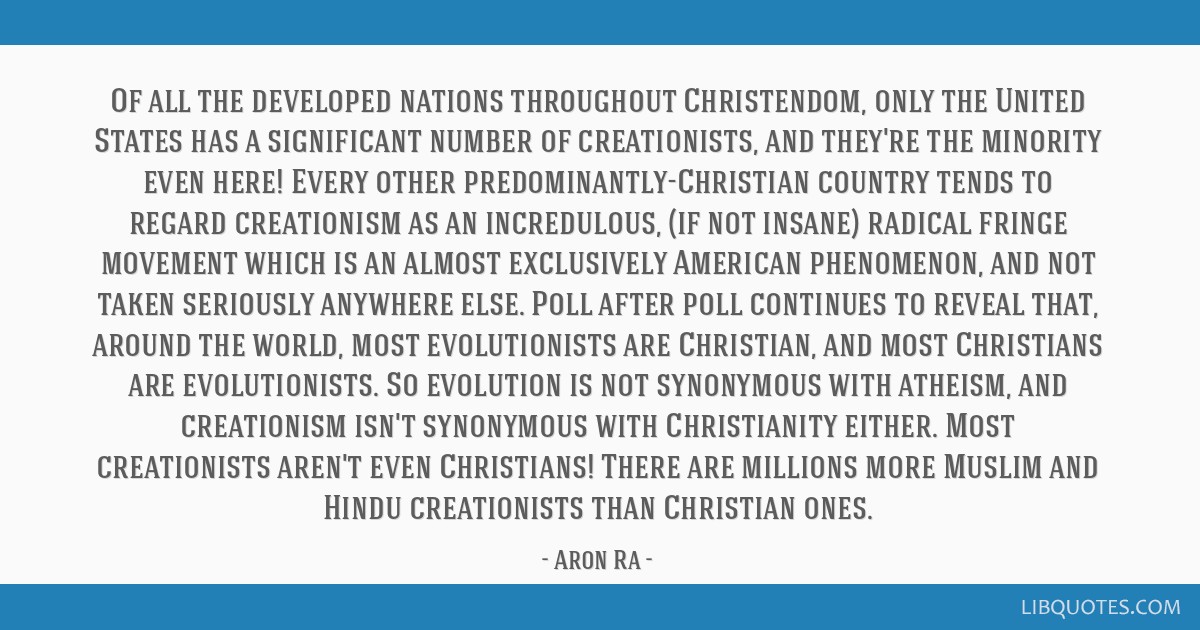 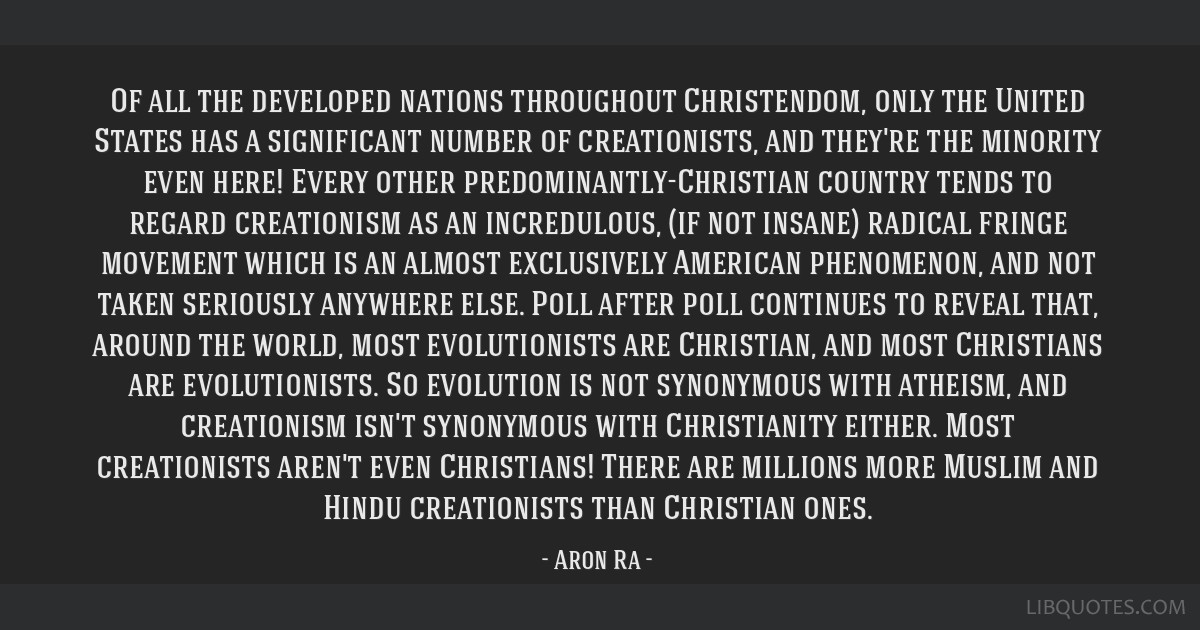