When believers argue over any of the many things which contradict their religion, they often challenge us to decide whom we are going to believe? The alleged word of God? Or that of Men? As if human inquiry had no chance against the authority they imagine their doctrine to be. But when they say, men, they're talking about science. And when they refer to the word of God, they're talking about myths written about God by men. 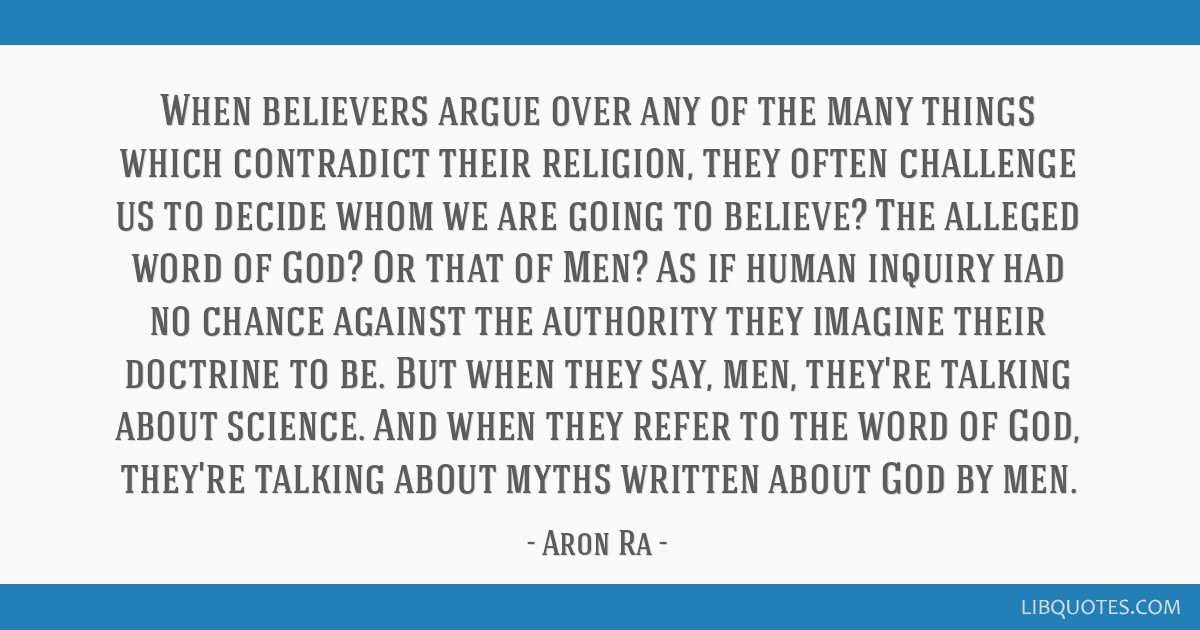 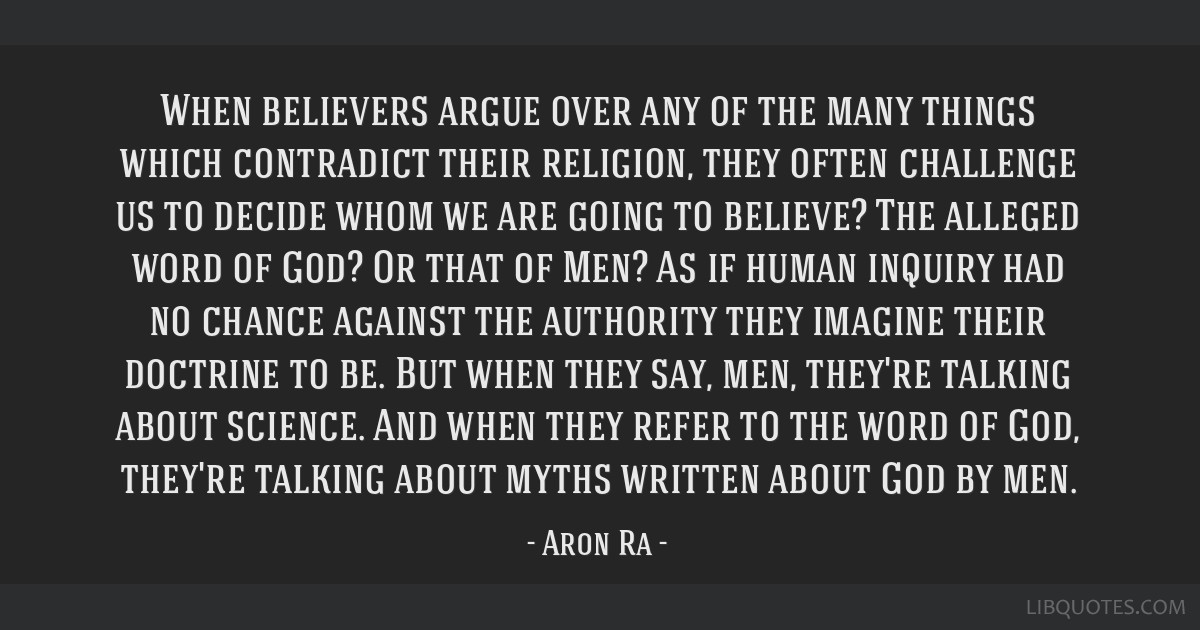 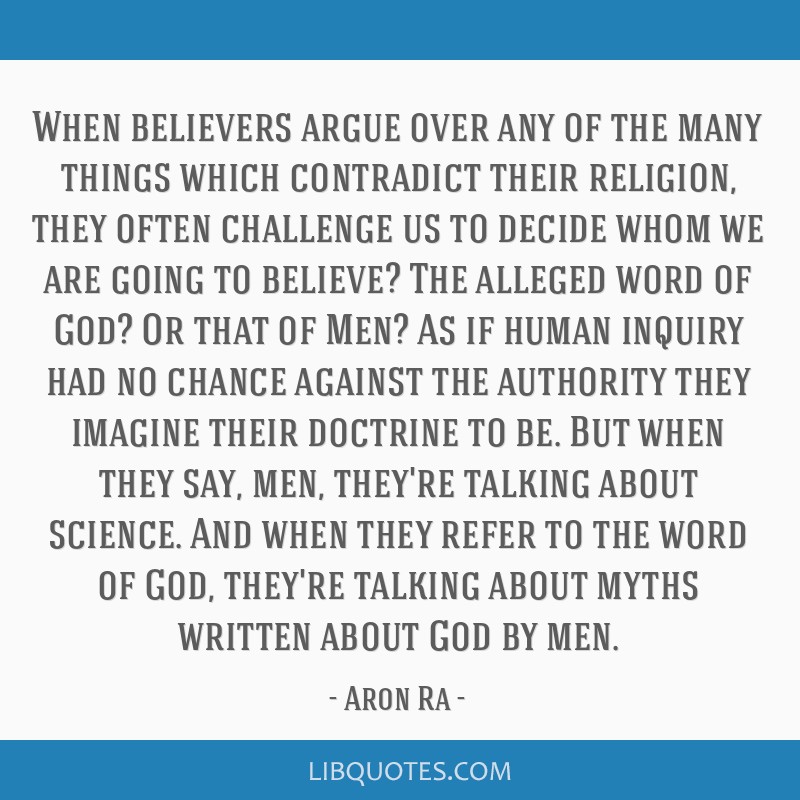 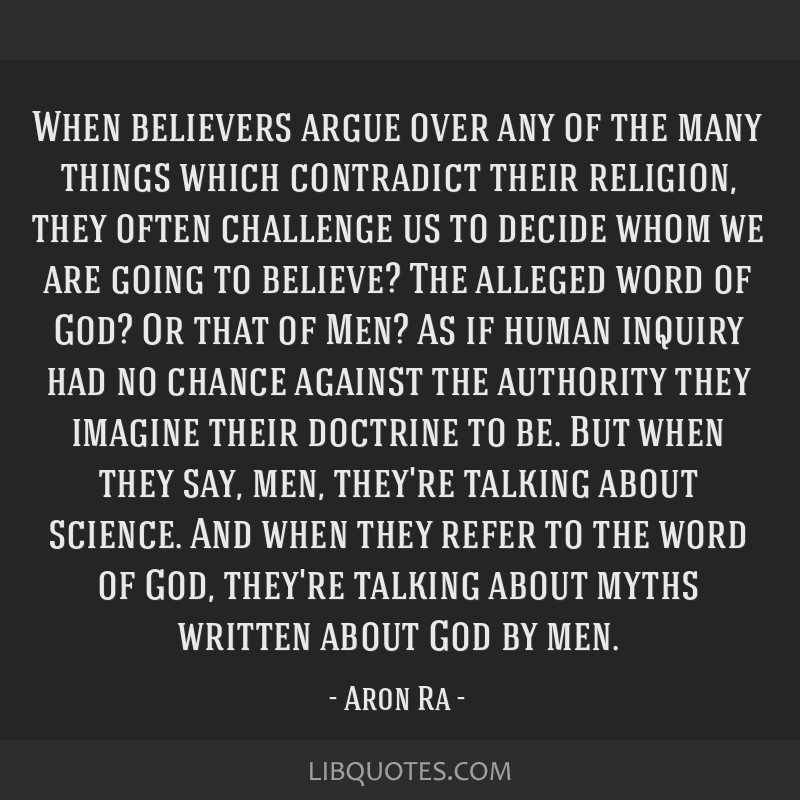