The evidence of evolution, and even the event of evolution itself, –the proof of it- are both directly observed, and testable, and demonstrably factual. But religious beliefs are none of the above and never have been; they're assumed on faith. Whether or not these beliefs turn out to be correct, they are asserted as true without justification in the form of evidence. 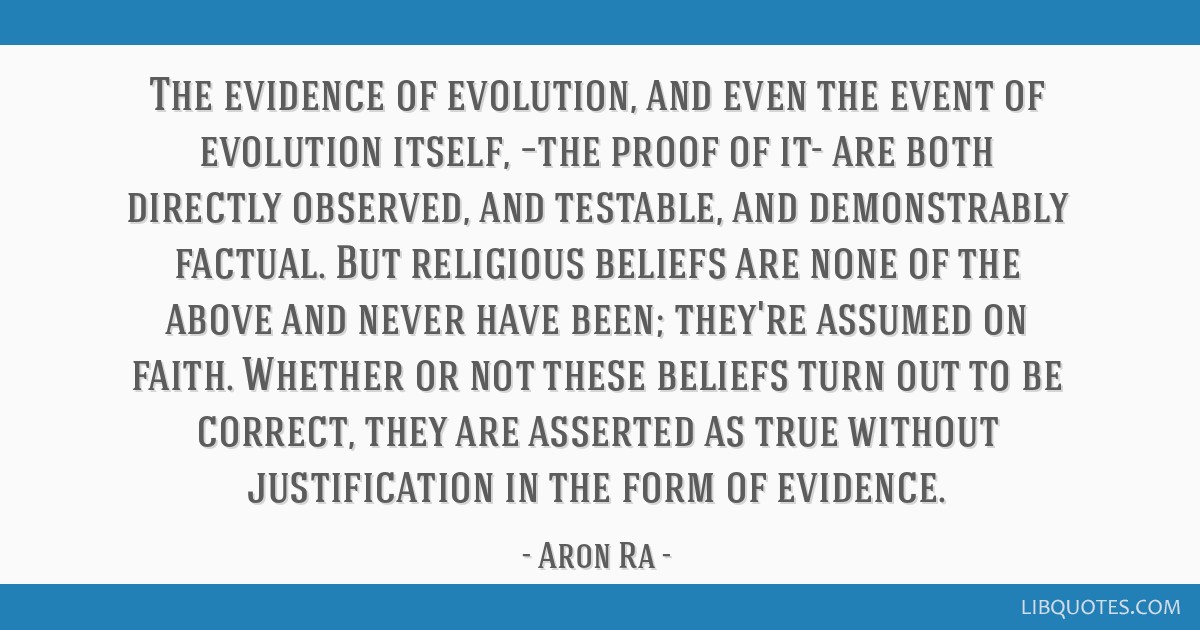 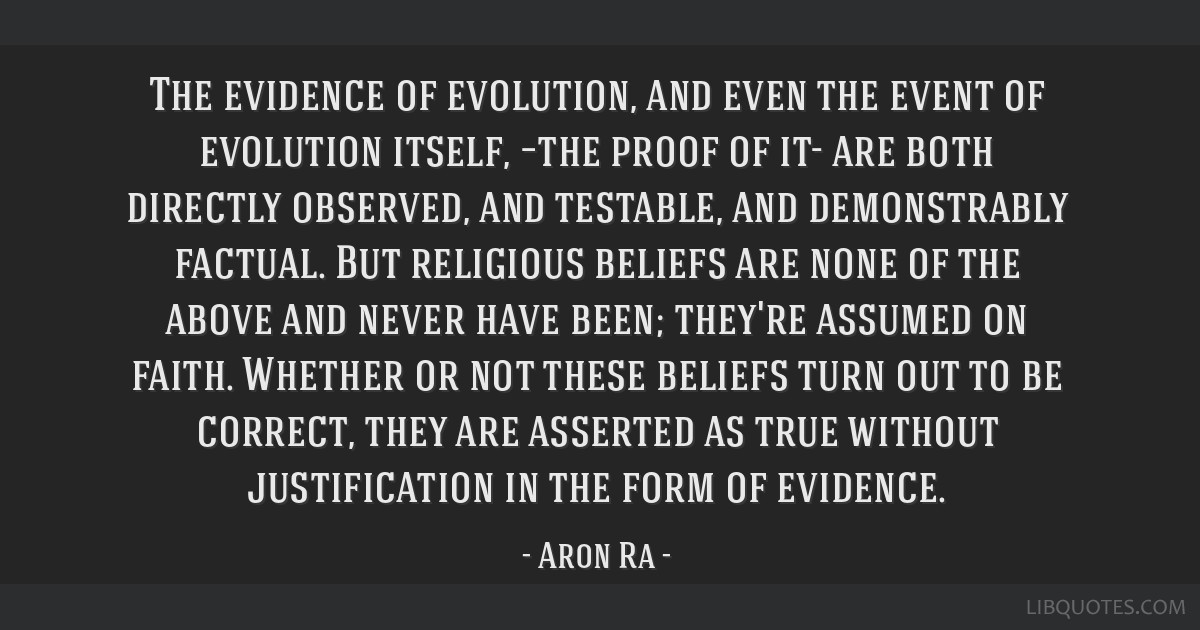 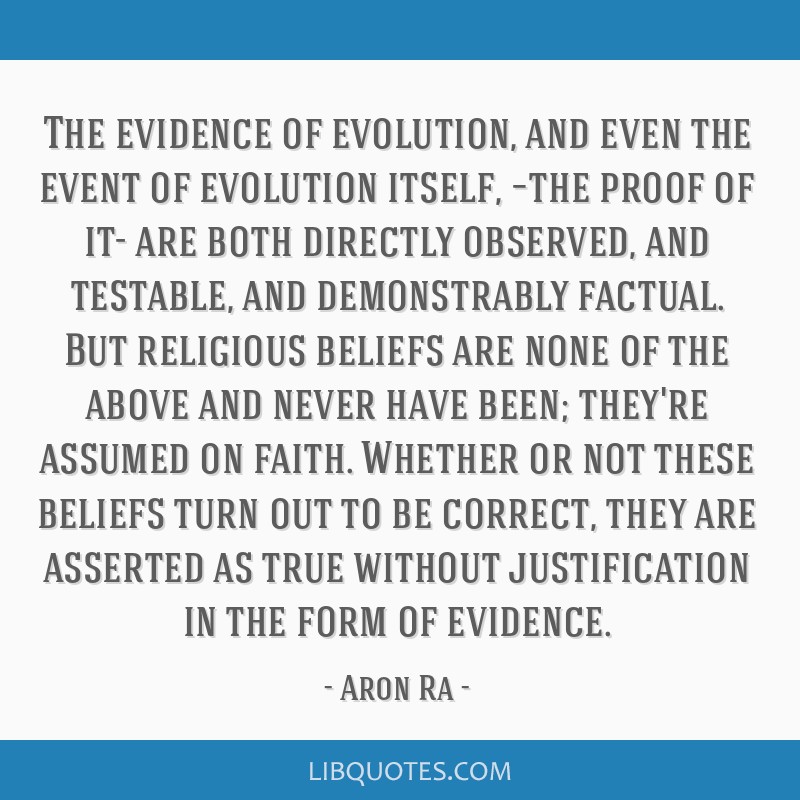 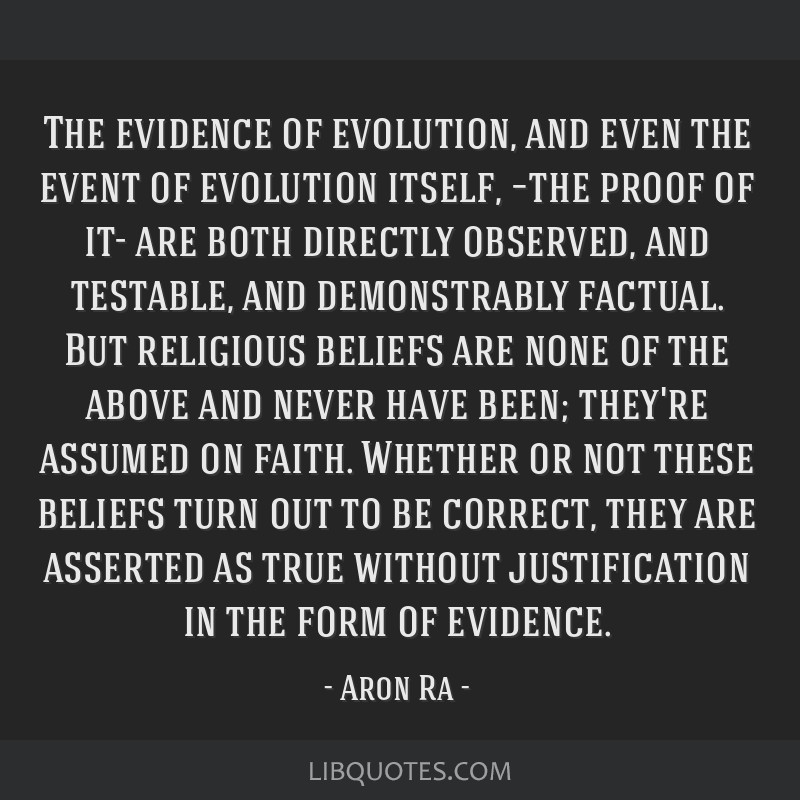