Once upon a time, the founder of Protestant Christianity, said that doctors were fools, for treating diseases, as if they came from material causes. Then, Louis Pasteur disproved that, and came up with something, gonna love this, he called it "Germ Theory." Germs are still a theory! Atomic Theory is still a theory. Theory of gravity has never been proved. 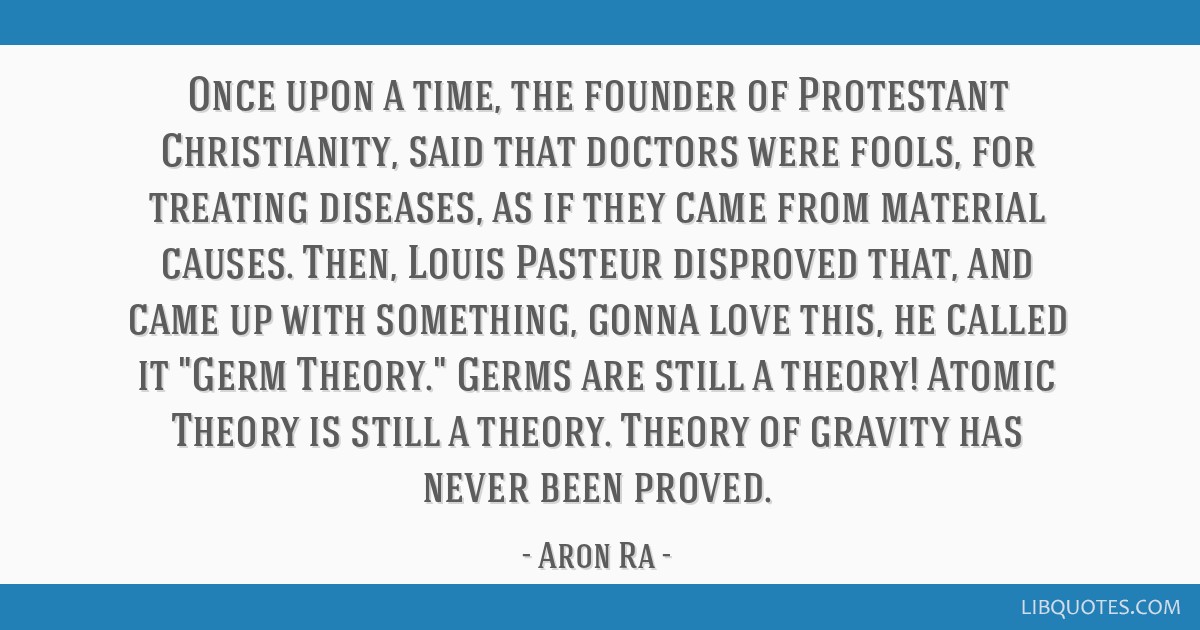 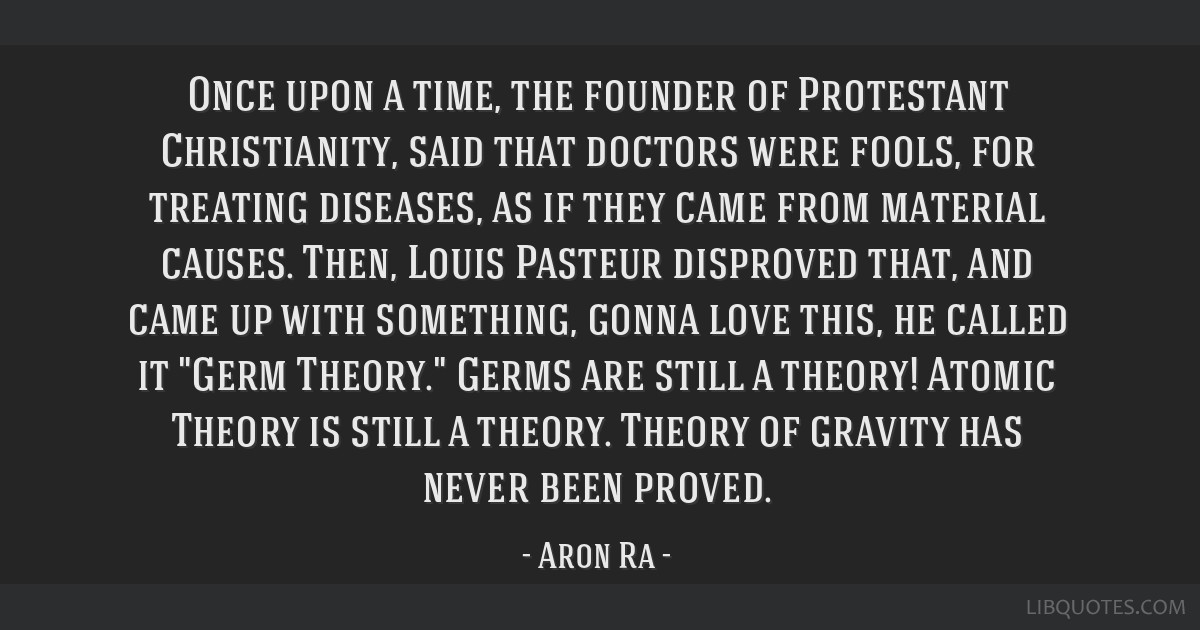 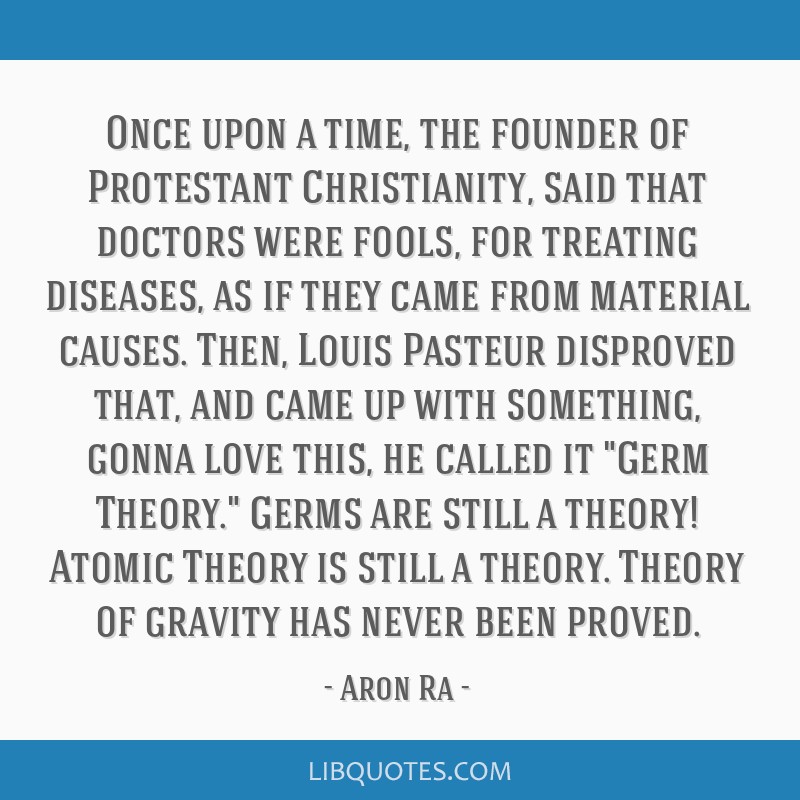 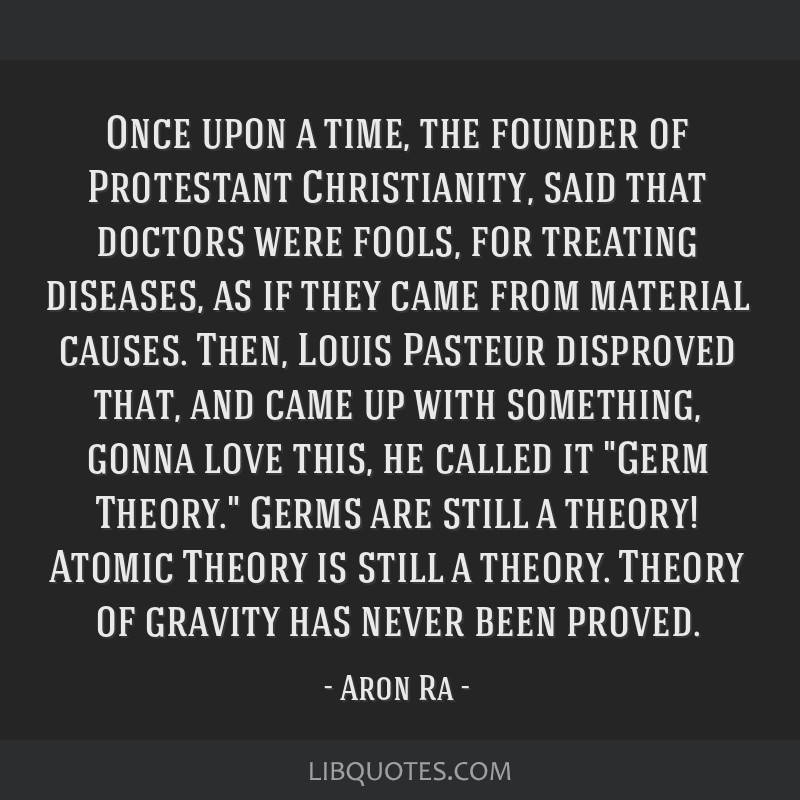