From the creationist's perspective, the method or mechanism of creation which these mystical beings use is nothing more than a golem spell where clay statues are animated with an enchantment. Or its an incantation in which complex modern plants and animals are "spoken" into being. That's right, magic words which cause fully-developed adult animals to be conjured out of thin air. Or a god simply wishes them to exist; so they do. That's it! There really is nothing more to it than that; pure freakin' magic –by definition. Remember that the next time you hear anything from a creation scientist. 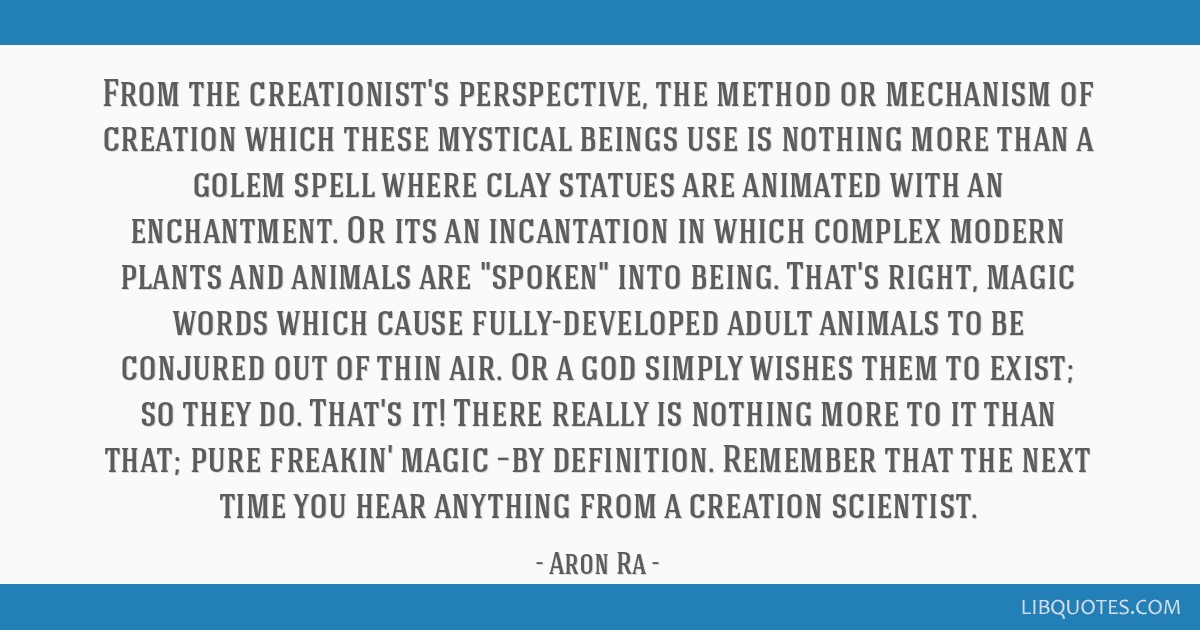 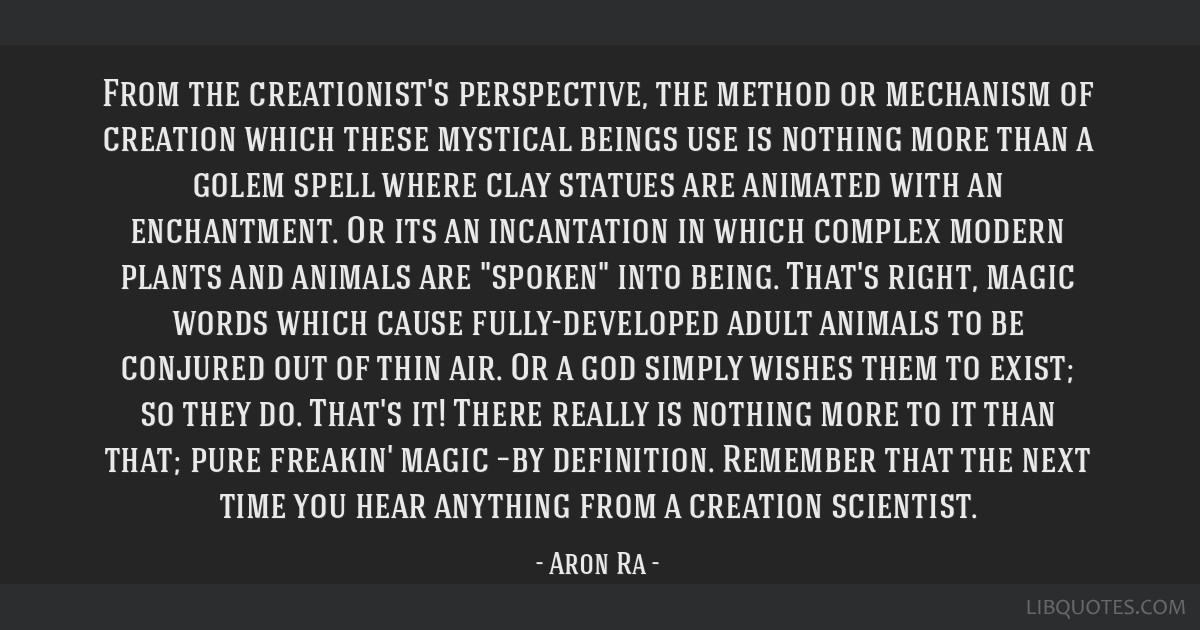 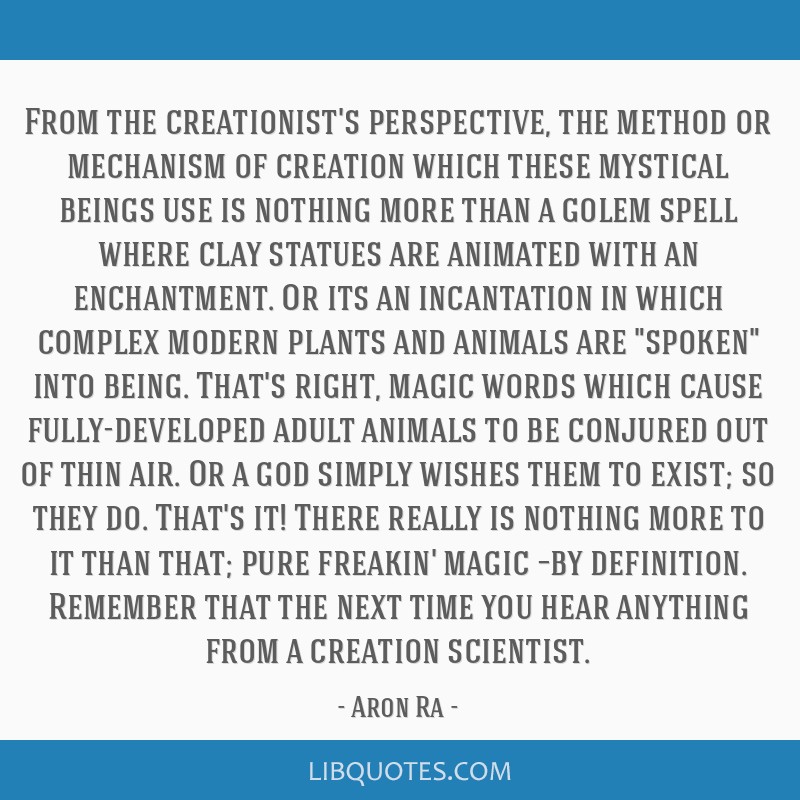 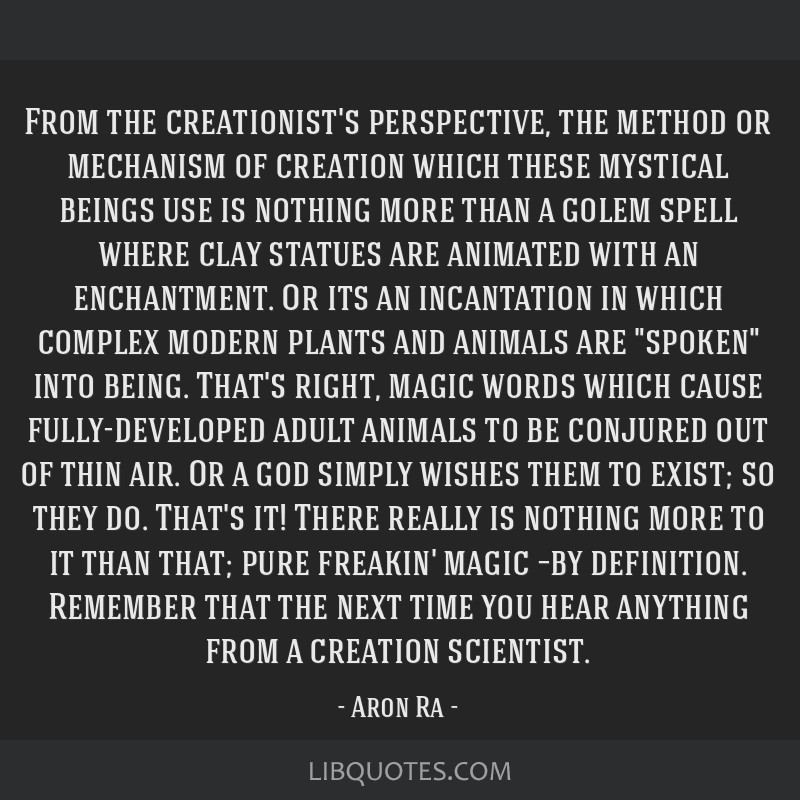