Creationist Christians think that if the Bible is wrong, then God lied. They cannot accept that God could exist but the Bible be wrong because they can't distinguish doctrine from deity. So it is a form of idolatry wherein the believers worship man-made compilations as though those books were God himself -because they think it is His word. But God never wrote or dictated any of the scriptures of any religion. Everything men chose to reject from or include in their supposedly unalterable word of whatever god was conceived, composed, compiled, translated, interpreted, edited, and often deliberately altered and enhanced by mere fallible men. 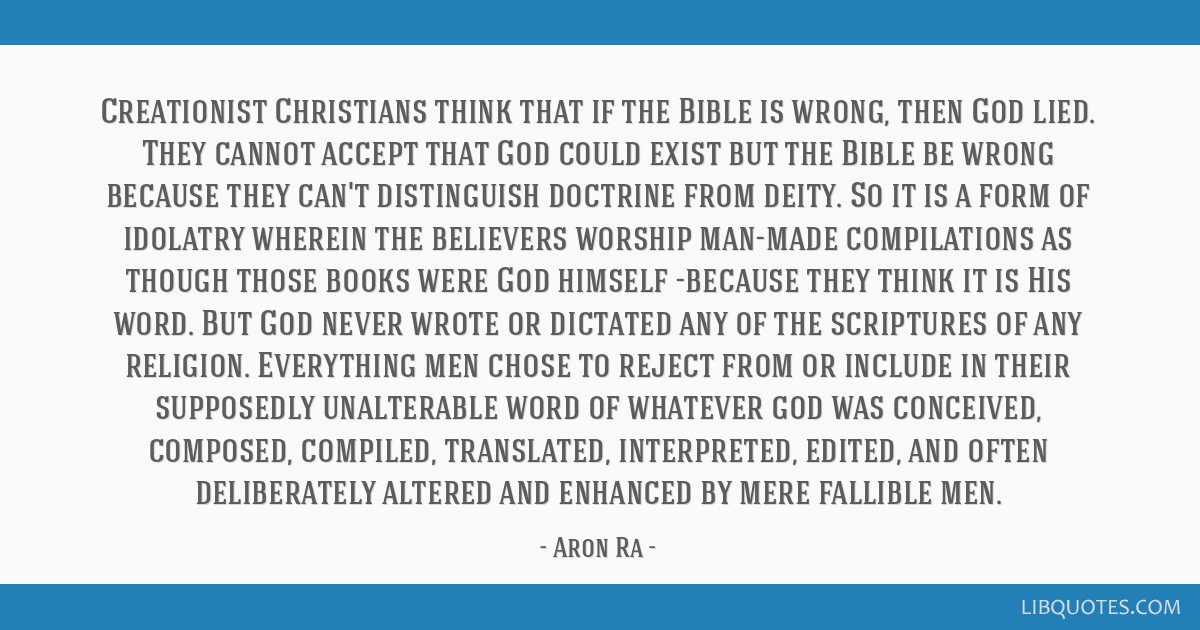 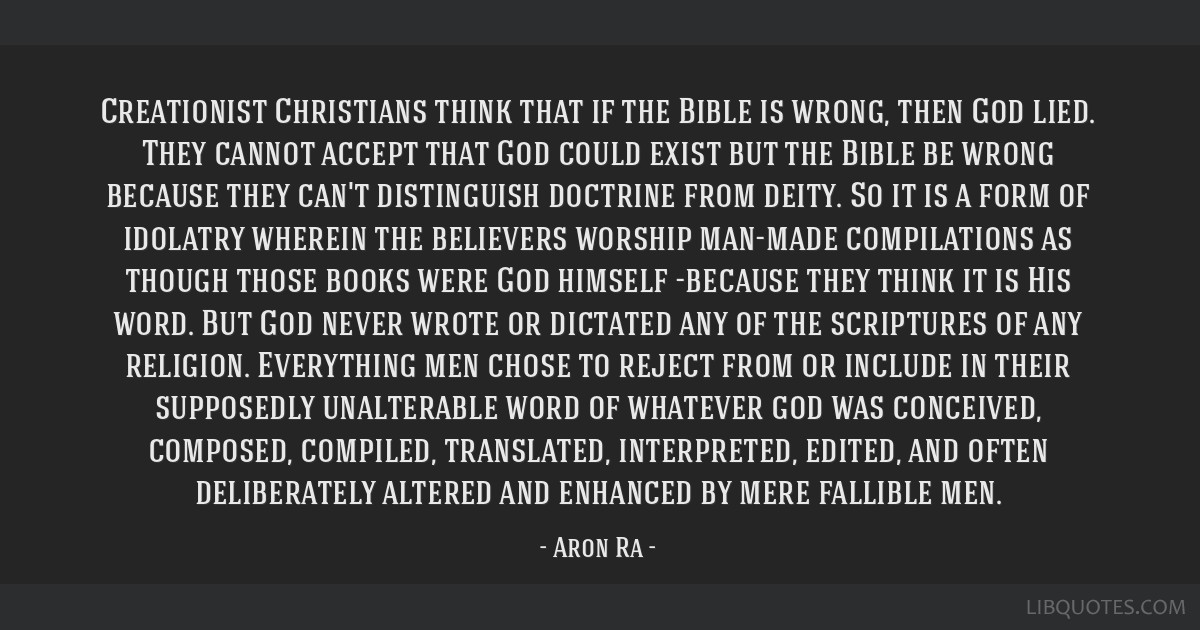 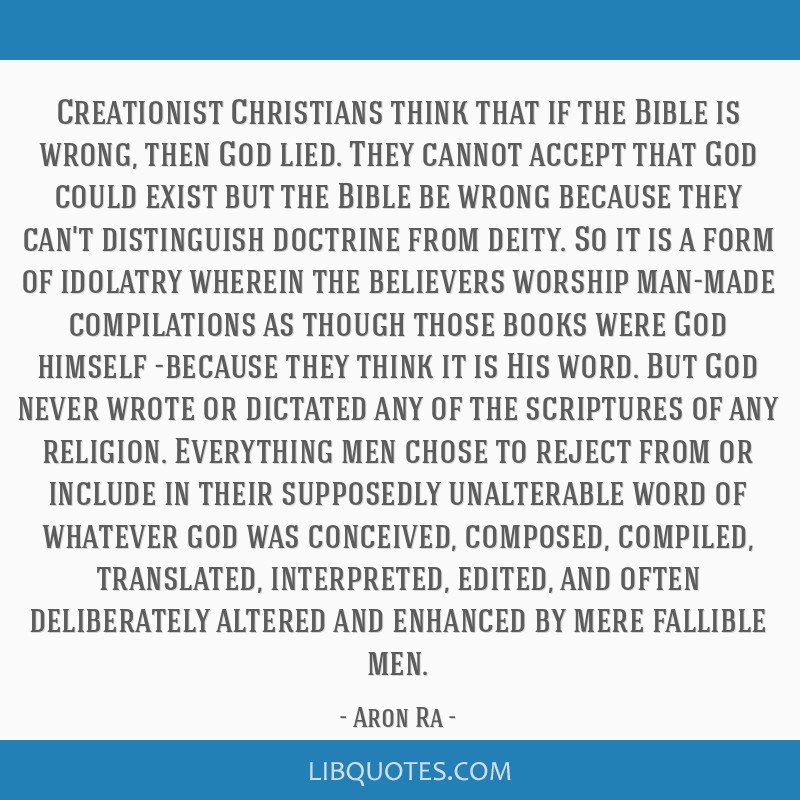 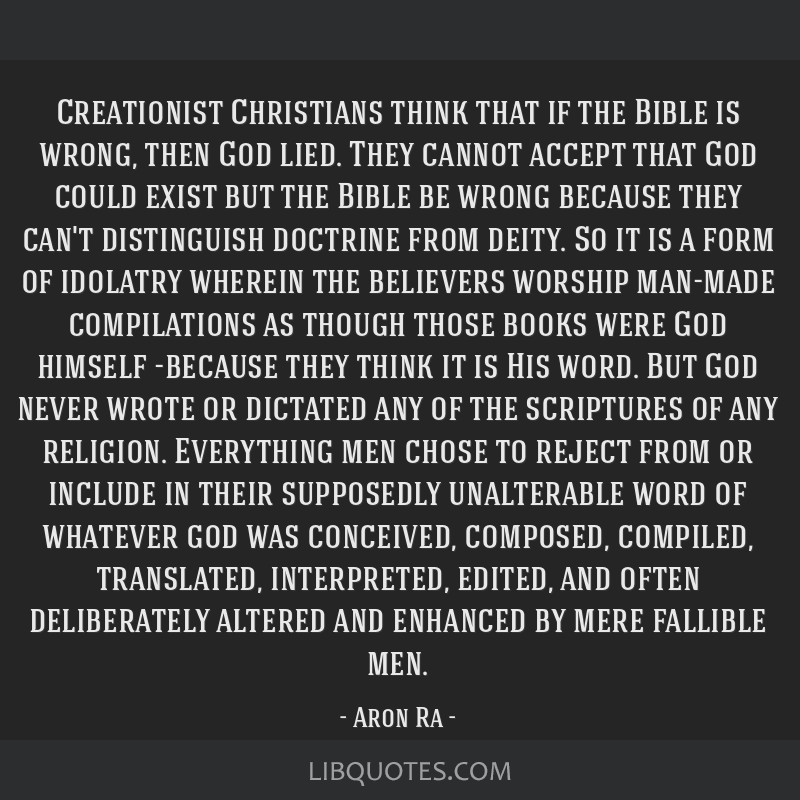