Arnold Sommerfeld
The science of thermodynamics introduces a new concept, that of temperature.

Arnold Sommerfeld
If I knew something about it, I wouldn't lecture on it!

Arnold Sommerfeld
The twofold nature of light as a light-wave and as a light-quantum is thus extended to electrons and, further, to atoms: their wave-nature is asserting itself more and more, theoretically and experimentally, as concurrent with their corpuscular nature.

Arnold Sommerfeld
If you want to be a physicist, you must do three things—first, study mathematics, second, study more mathematics, and third, do the same. 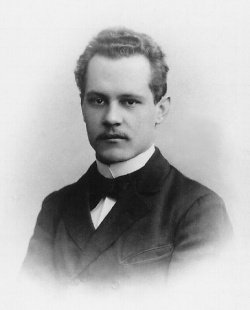