The armature of economic neo-liberalism... cannot concede any space to the idea of counter-conduct; counter-conduct becomes inconceivable, since conduct as such is a concept fully integrated into a scientific-epistemological field. Regime of veridiction, homo oeconomicus, rational behavior, ethical and political neutralization – such is the scheme, for instance, of American neo-liberalism. In this setting, counter-conduct is nothing more than a form of irrationality, just as in the history of psychiatry, it is but a form of abnormality. 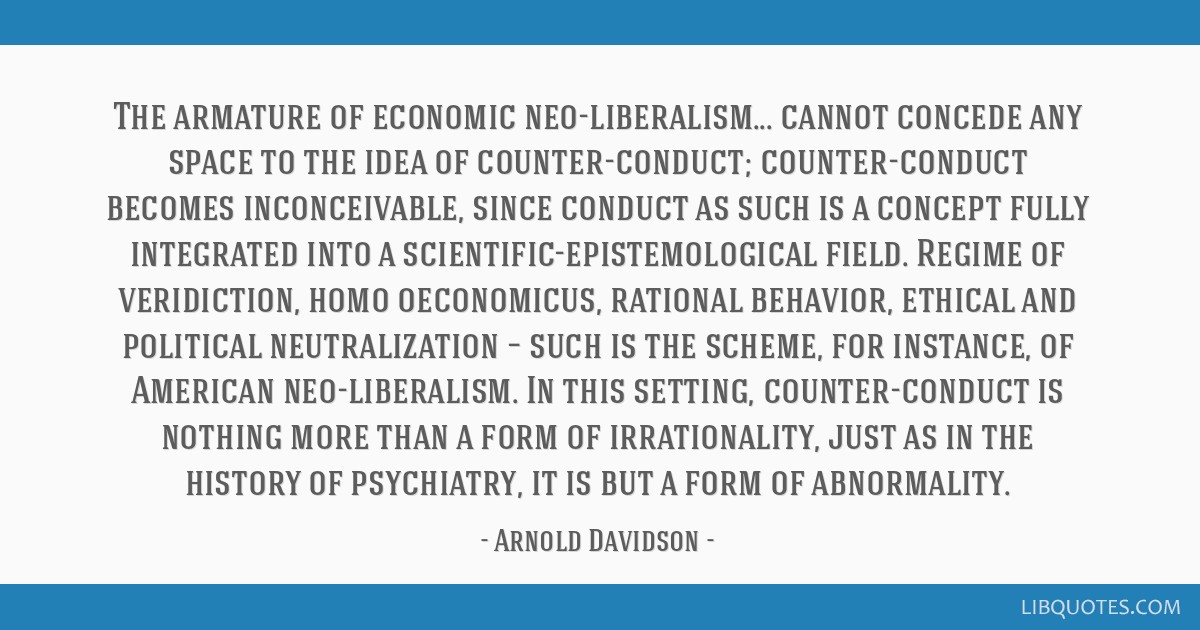 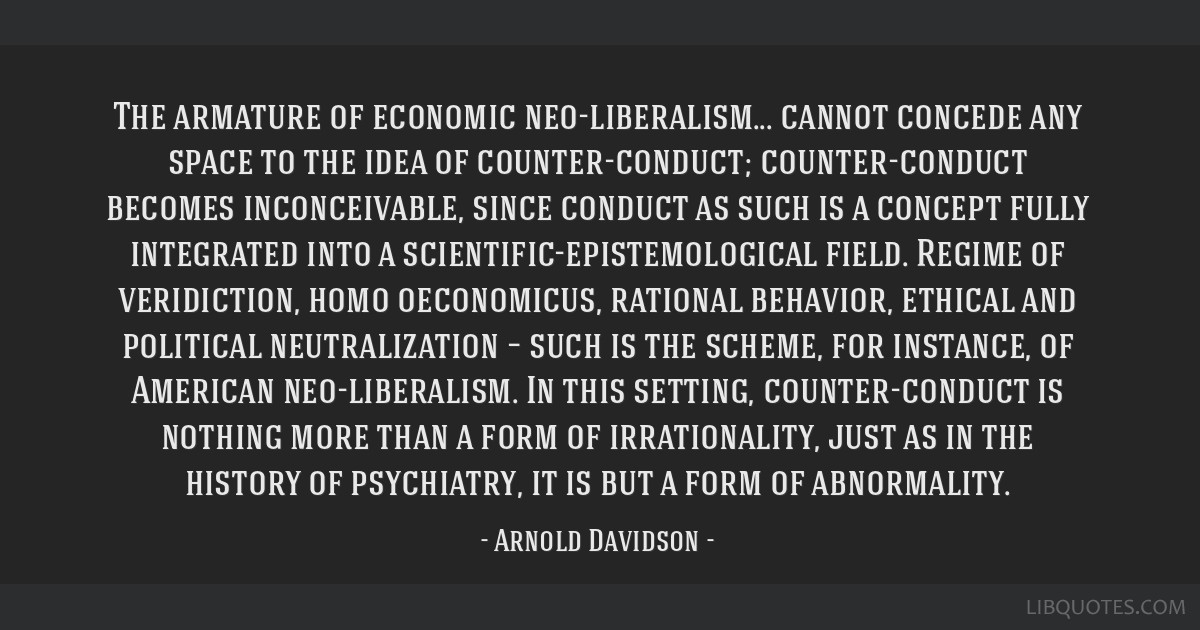 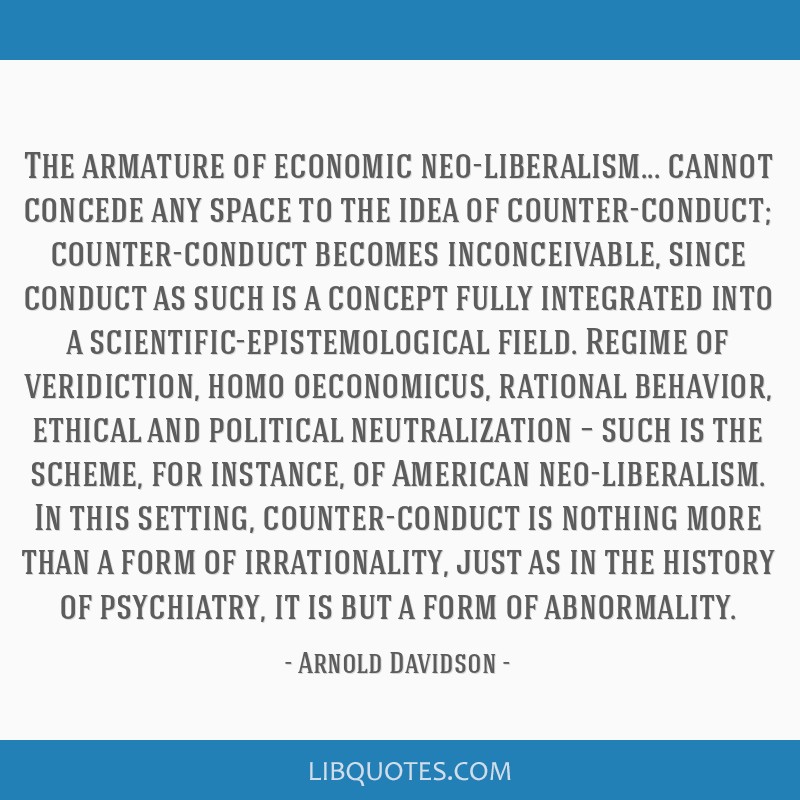 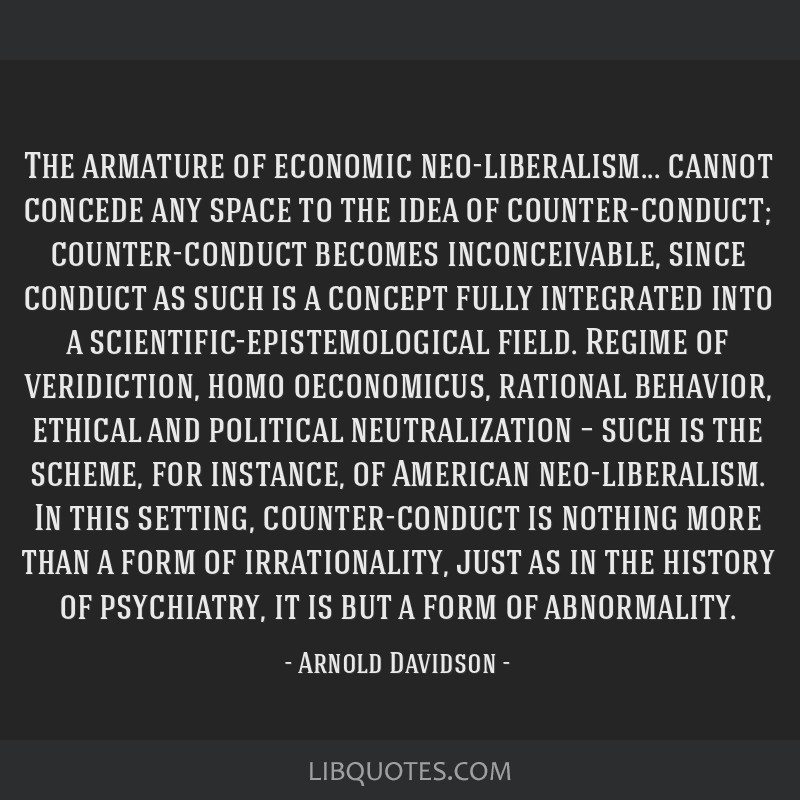