I believe in the power of great art to transcend geographical boundaries, political differences and even the restrictions of time.

Armand Hammer
The art world is a jungle echoing to the calls of vicious jealousies and ruthless combat between dealers and collectors; but I have been walking in the jungles of business all my life, and fighting tooth and nail for pictures comes as a form of relaxation to me.

Armand Hammer
People I meet today, especially journalists who interview me, are astonished to hear that Lenin told me, in effect, that Communism was not working and that the Revolution needed American capital and technical aid.

Armand Hammer
People will always work harder if they're getting well paid and if they're afraid of losing a job which they know will be hard to equal. As is well known, if you pay peanuts, you get monkeys.

Armand Hammer
Russian is a very deceptive language, because it looks easy at first: it's like setting out for a gentle stroll and realizing that you've committed yourself to scaling Himalayan peaks.

Armand Hammer
One of my father's most precious legacies to me was spiritual. I learned from him the value of courage and the strength of will.

Armand Hammer
Raking over the past and sifting its dust is an occupation for the idle or the elderly retired. 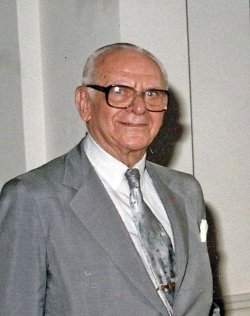 Creative Commons
Born: May 21, 1898
Died: December 10, 1990 (aged 92)
Bio: Armand Hammer was an American business manager and owner, most closely associated with Occidental Petroleum, a company he ran from 1957 until his death, though he was known as well for his art collection, his philanthropy, and for his close ties to the Soviet Union.