First then I will set out the very first theorem which became known to me by means of mechanics, namely that
Any segment of a section of a right angled cone (i. e., a parabola) is four-thirds of the triangle which has the same base and equal height,
and after this I will give each of the other theorems investigated by the same method. Then at the end of the book I will give the geometrical [proofs of the propositions]...

The Method of Mechanical Theorems 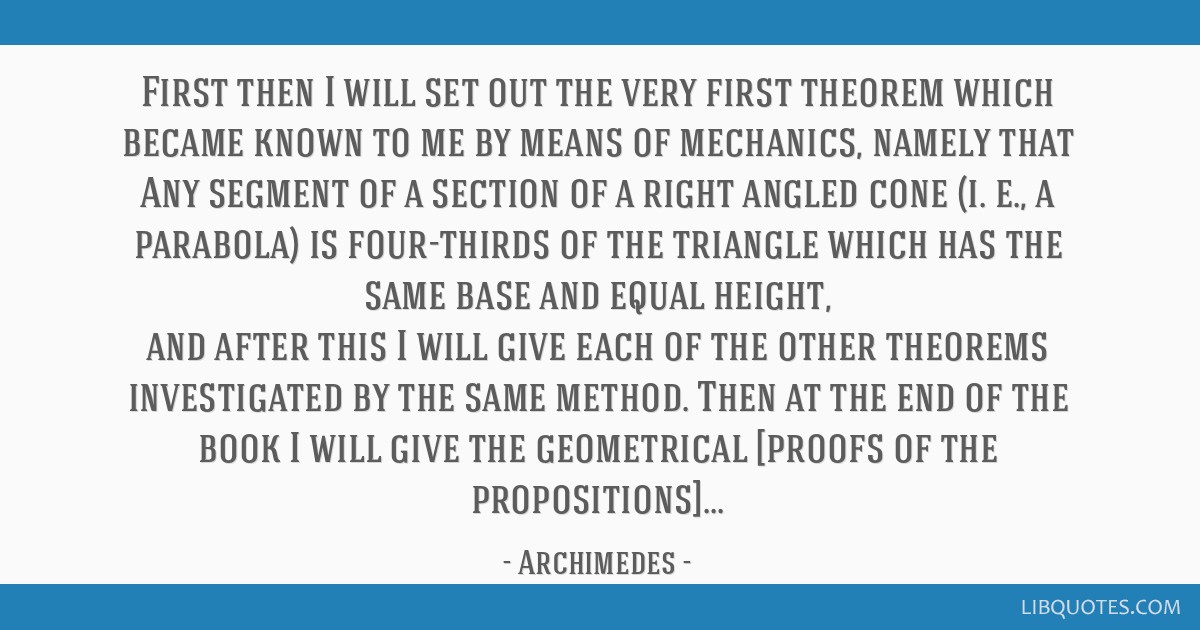 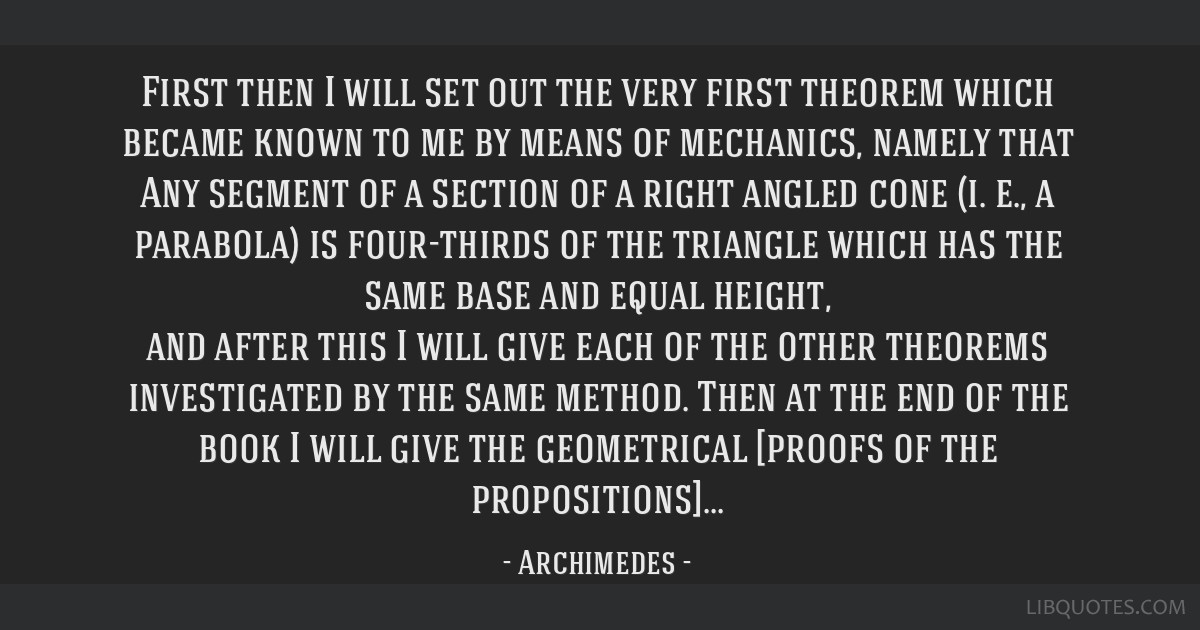 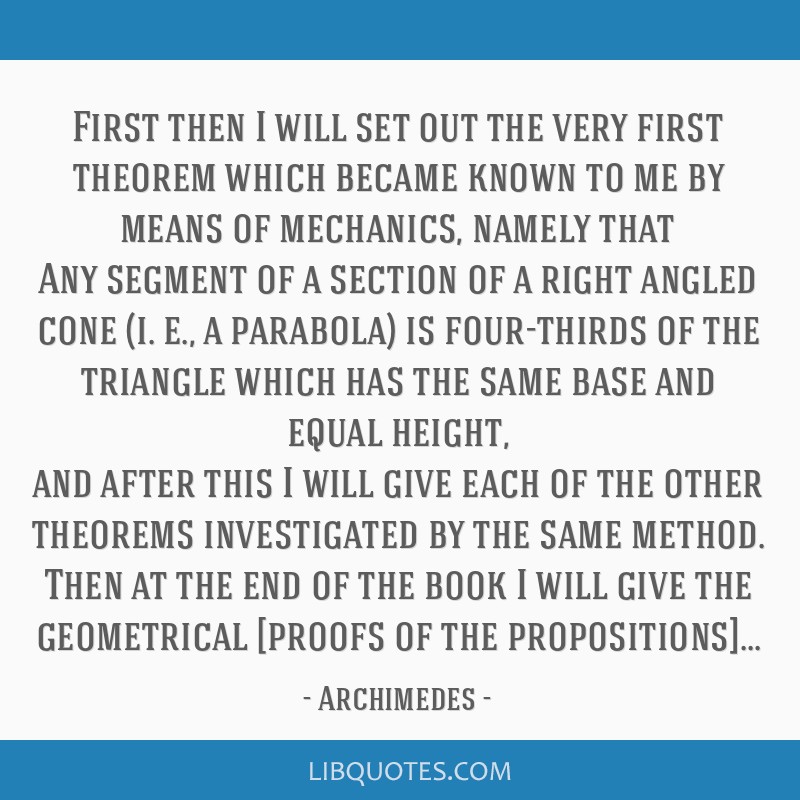 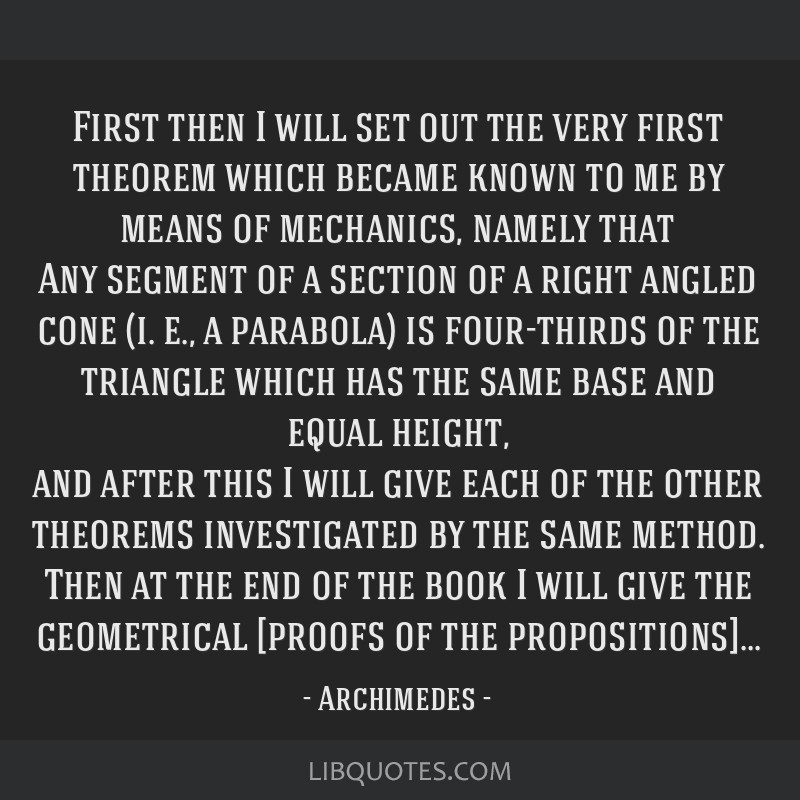 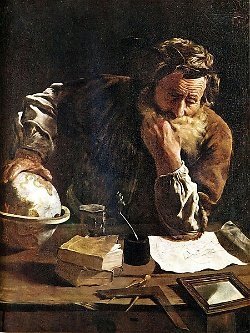