The punctuation of anniversaries is terrible, like the closing of doors, one after another between you and what you want to hold on to.

Diary entry on the first anniversary of the kidnapping and death of her son Charles Augustus Lindbergh III (1 March 1932); later published in Locked Rooms and Open Doors (1974) ISBN 0156529564 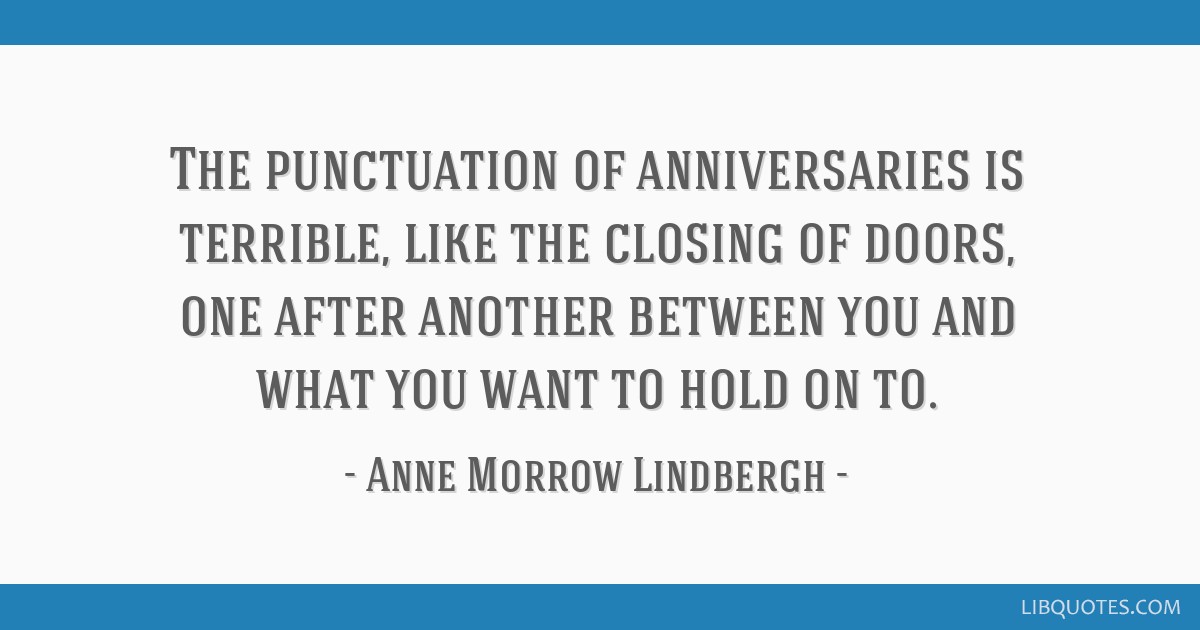 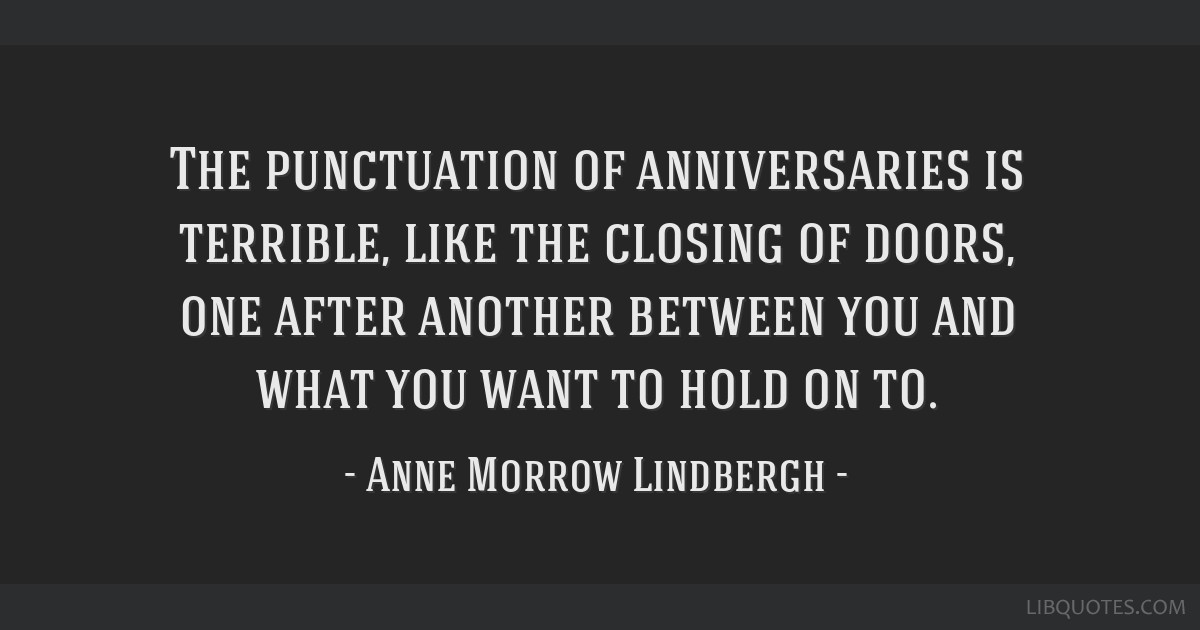 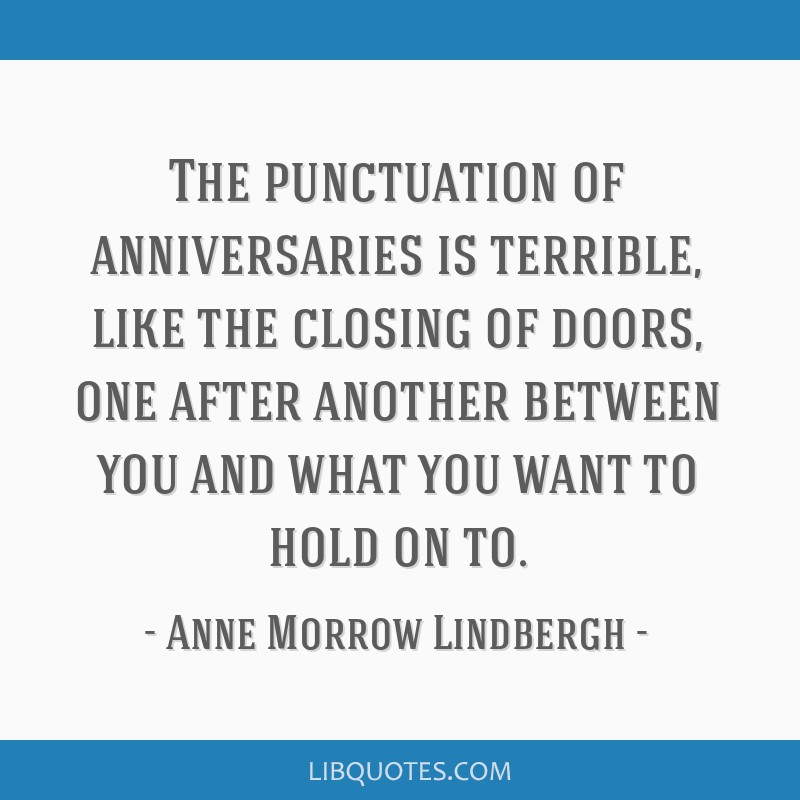 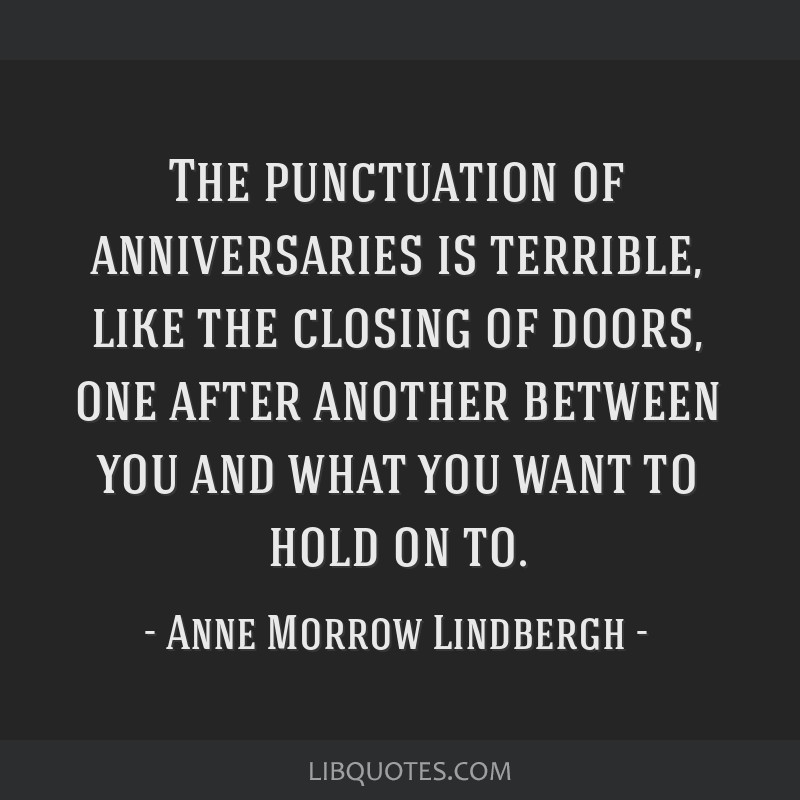 And wit's the noblest frailty of the mind.
Thomas Shadwell 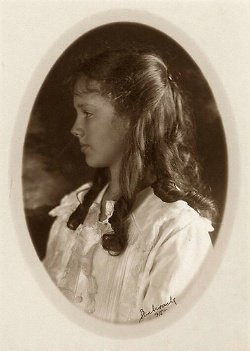