I'm sure for some people saying they're bisexual feels less scary than making a statement that they're gay. For me, it's not really an issue because I'm someone who believes being bisexual is actually a thing. It's not made up. It's not a lack of decision. It's not being greedy or numerous other ignorant things I've heard at this point. For a bisexual, it's not about gender. That's not the deciding factor for who they're attracted to. 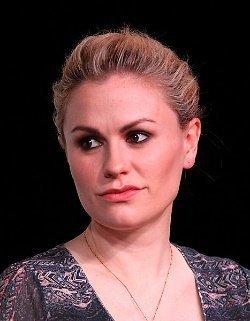 Creative Commons
Born: July 24, 1982 (age 40)
Bio: Anna Helene Paquin is a Canadian-born New Zealand actress. Her first film was The Piano, for which she won the Academy Award for Best Supporting Actress in March 1994 at the age of 11, making her the second youngest winner in Oscar history.
Known for: