Mainstream films have occupied Hollywood but you can get bored very easily. It can be very repetitive and I think now we want something fresh and something inspiring and different, daring. The mainstream film is very expensive to make and it scares people. It's made for the worldwide audience, you have to please so many people, and the business men start running the movies rather than artists. This is back to the oldest way of Hollywood filmmaking, creating a fantasy, but it has been lost. It seems to take a foreign language film to recoup that ultimate movie viewing experience. 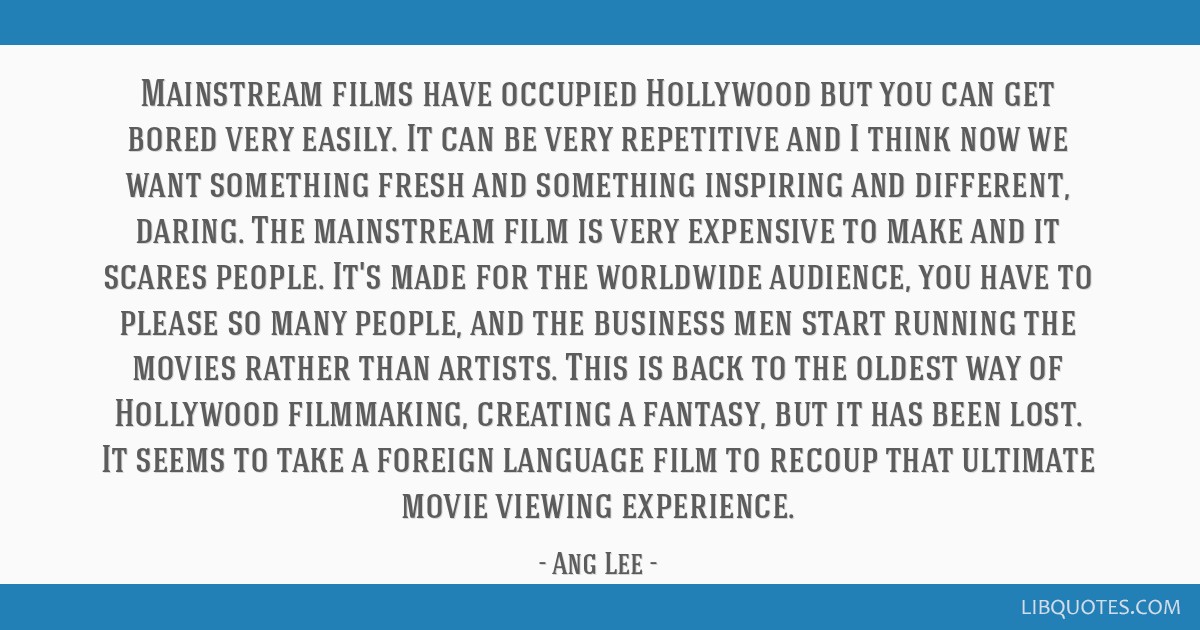 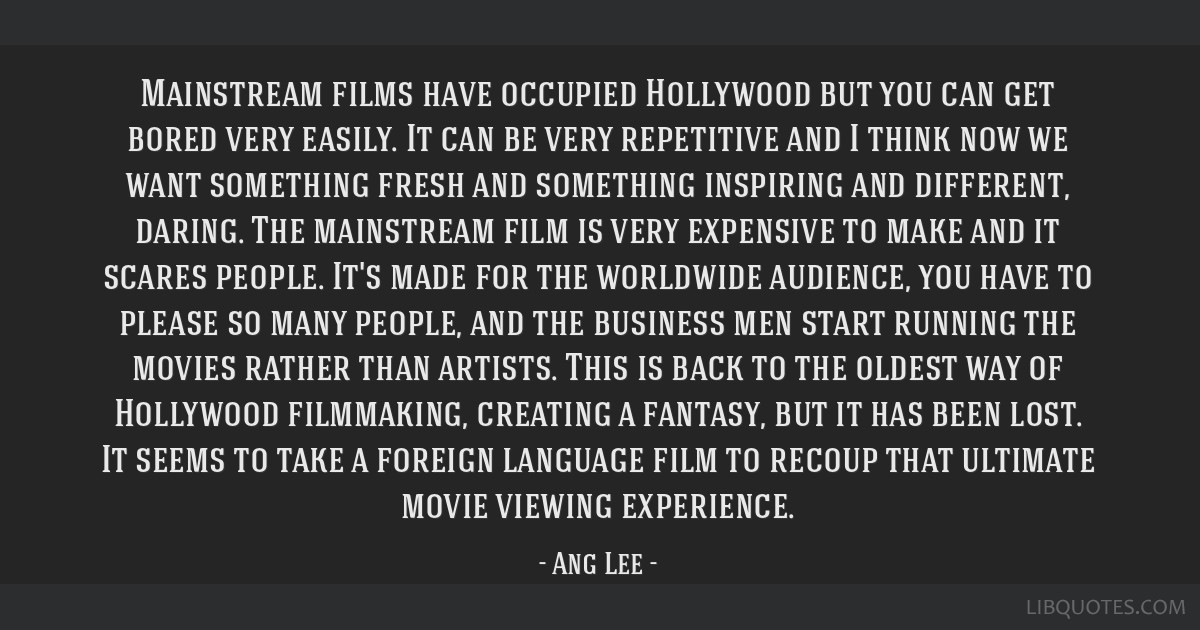 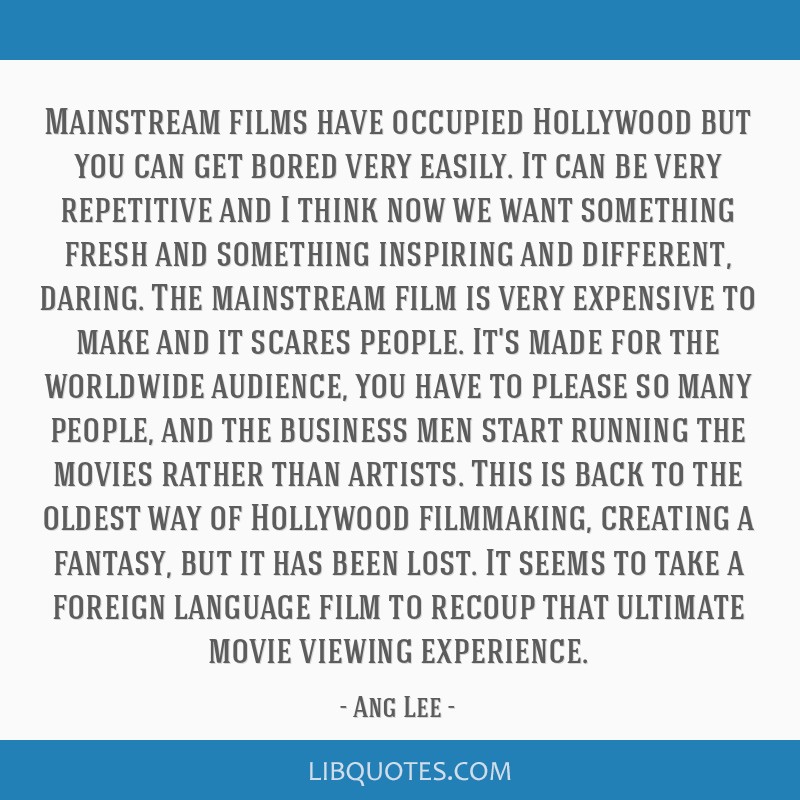 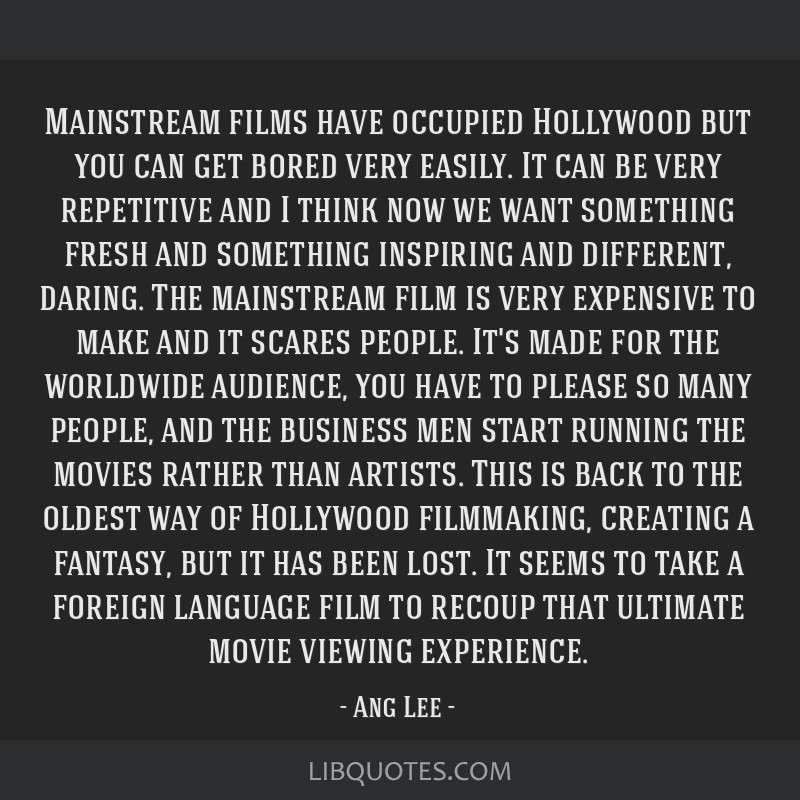 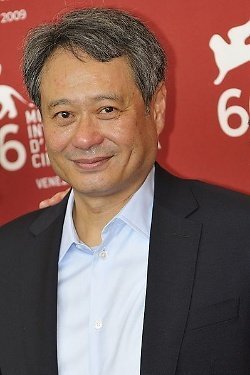