Somebody said that Bertolt Brecht [German socialist writer of political theater] wanted everybody to think alike. I want everybody to think alike. But Brecht wanted to do it through Communism, in a way. Russia is doing it under government. It's happening here [in America] all by itself without being under a strict government; so if it's working without trying, why can't it work without being Communist? Everybody looks alike and acts alike, and we're getting more and more that way. 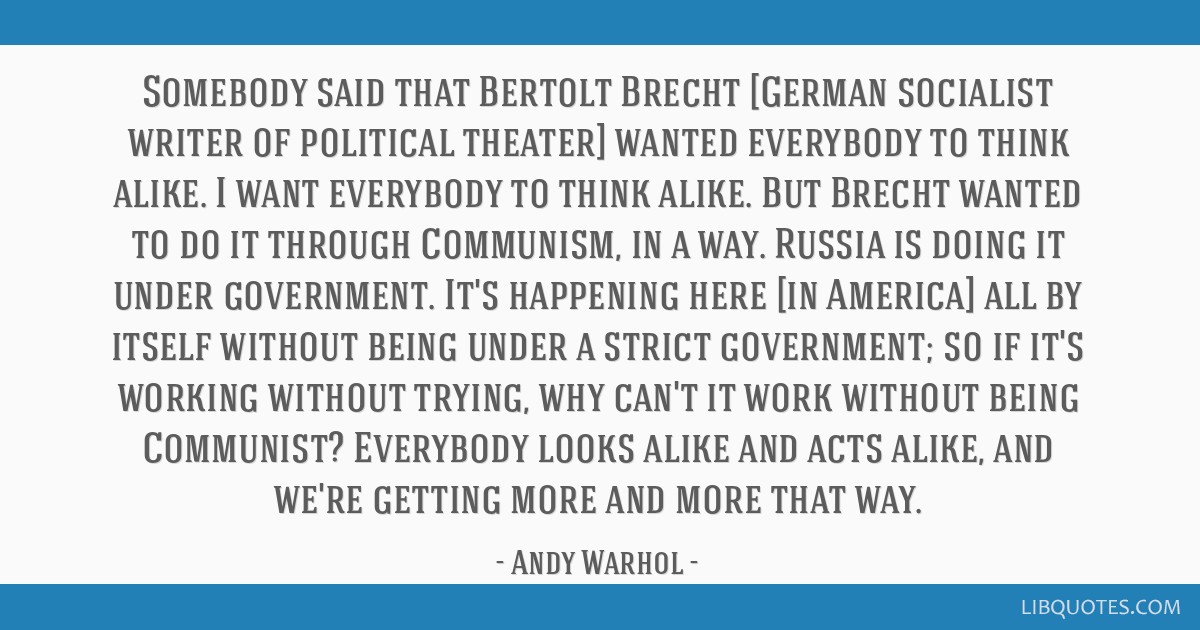 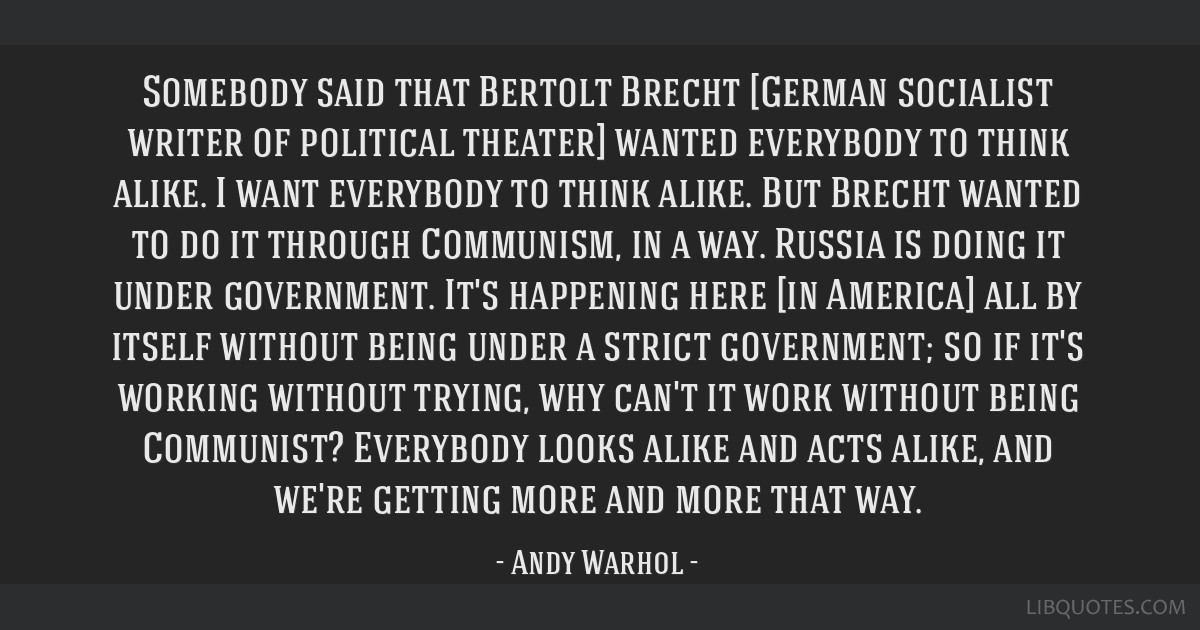 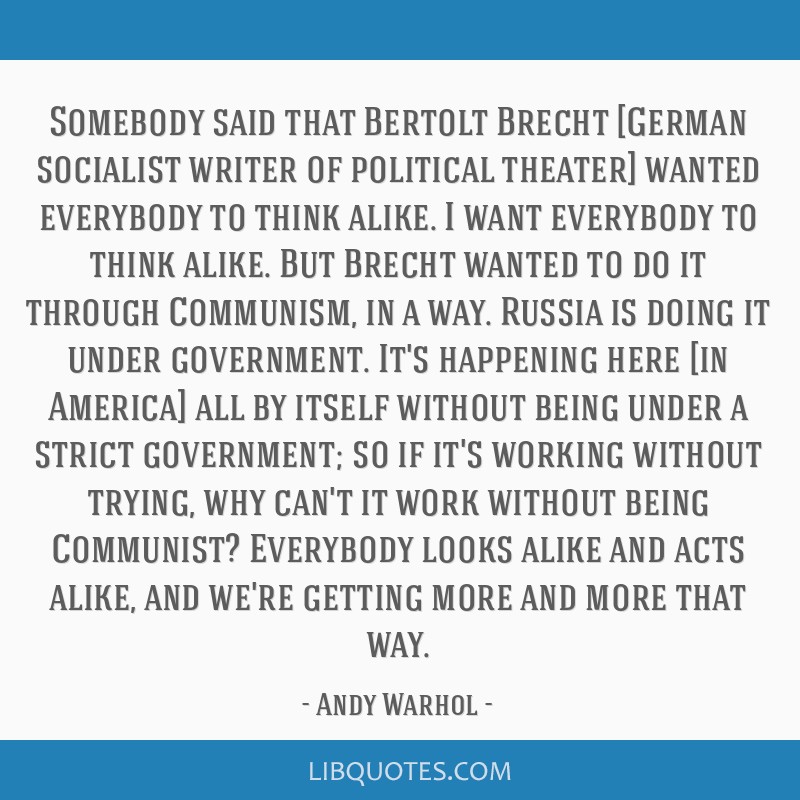 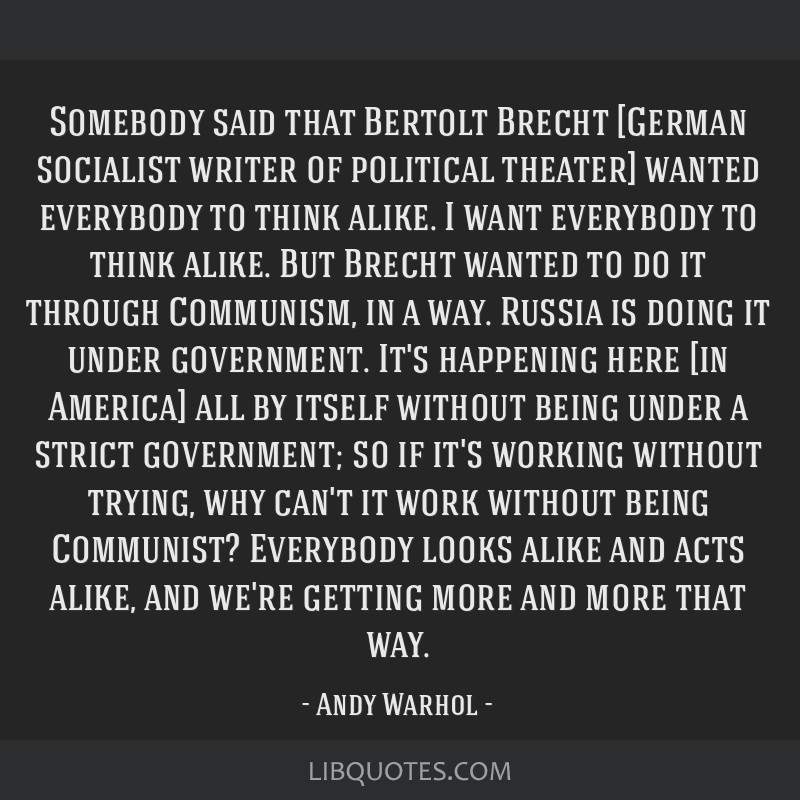 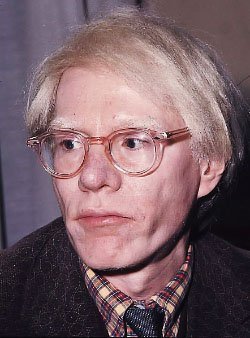