That's what torture does: it creates a miasma of unknowing, about as dangerous a situation in wartime as one can imagine. This hideous fate was made possible by an inexperienced president with a fundamentalist psyche and a paranoid and power-hungry vice-president who decided to embrace "the dark side" almost as soon as the second tower fell, and who is still trying to avenge Nixon. Until they are both gone from office, we are in grave danger — the kind of danger that only torturers and fantasists and a security strategy based on coerced evidence can conjure up. 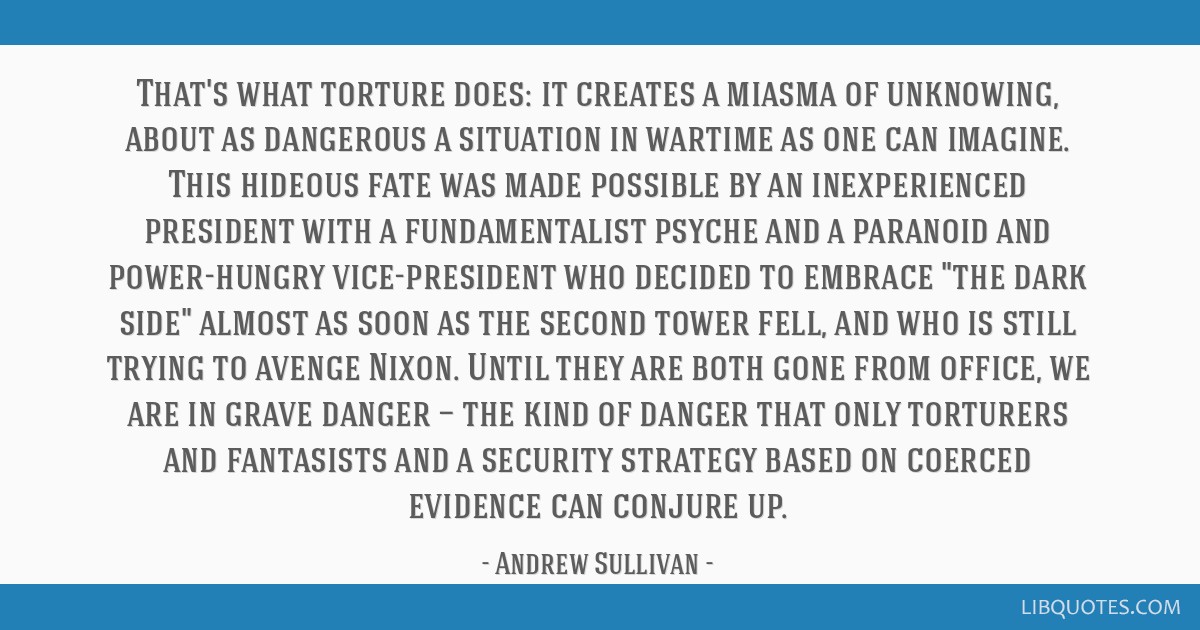 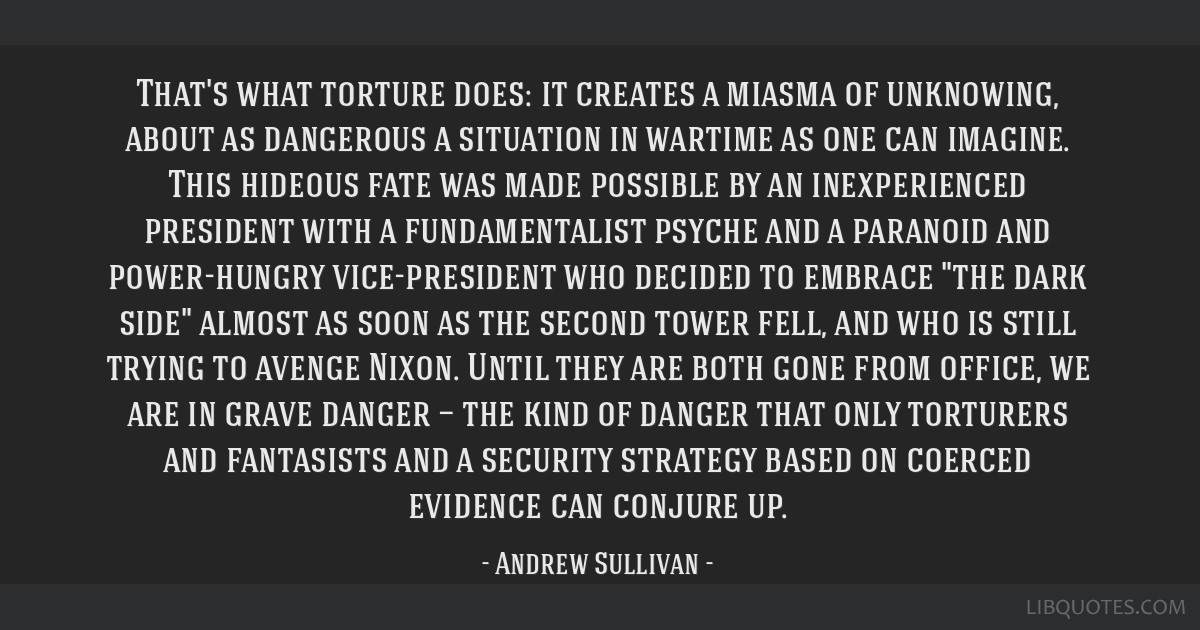 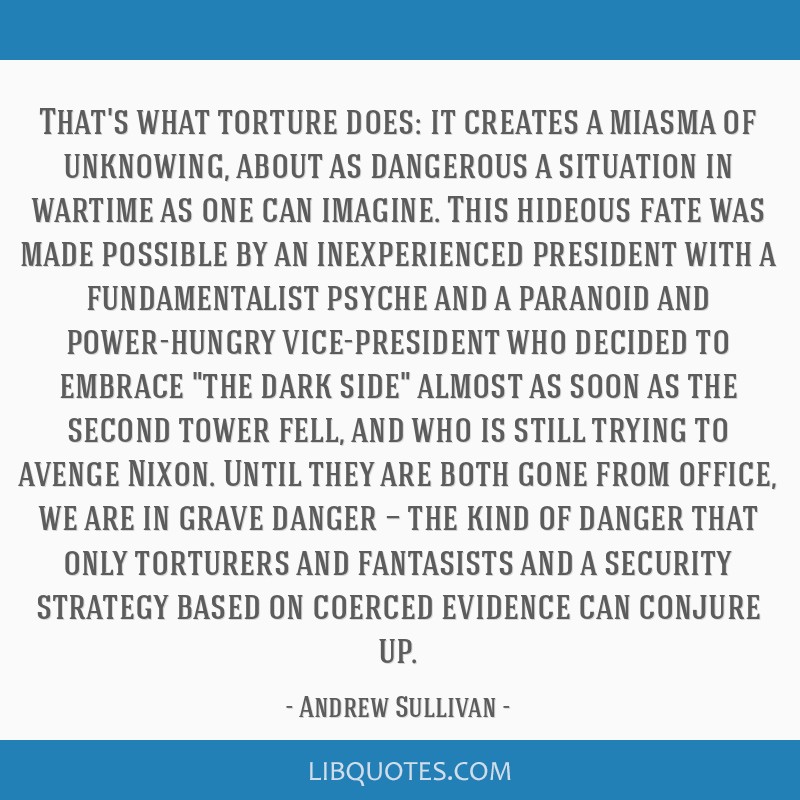 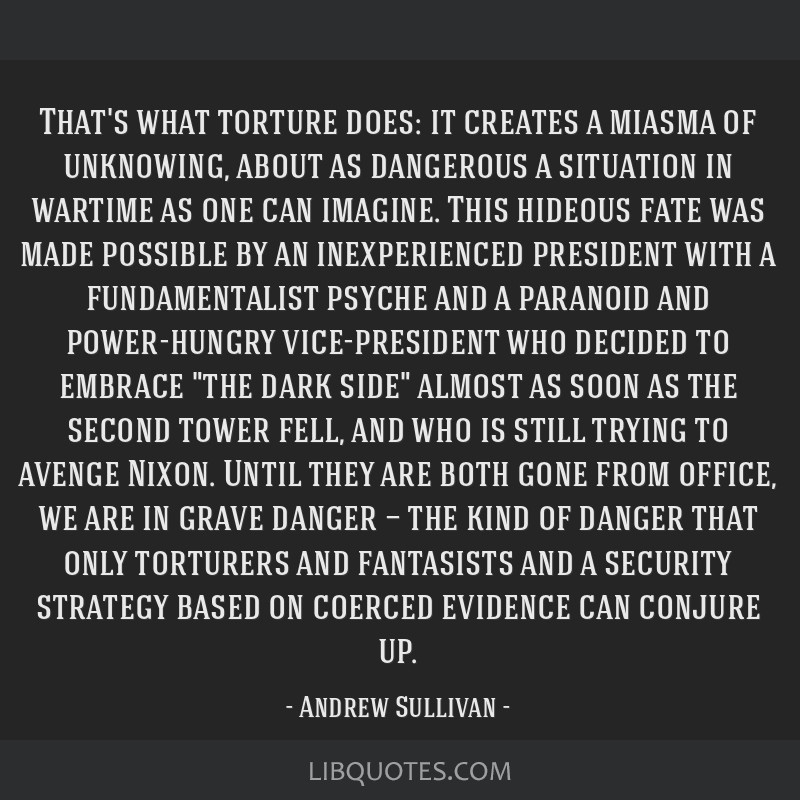 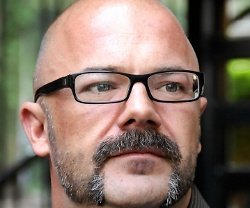