The tribunal here and your American newspapers talk so much about our sharp Nazi methods, but do you realize that within the past year, since the defeat of Germany, 1 million Germans have been evicted from what was originally German territory and which has now been given to Poland? No League of Nations or other body intervened. 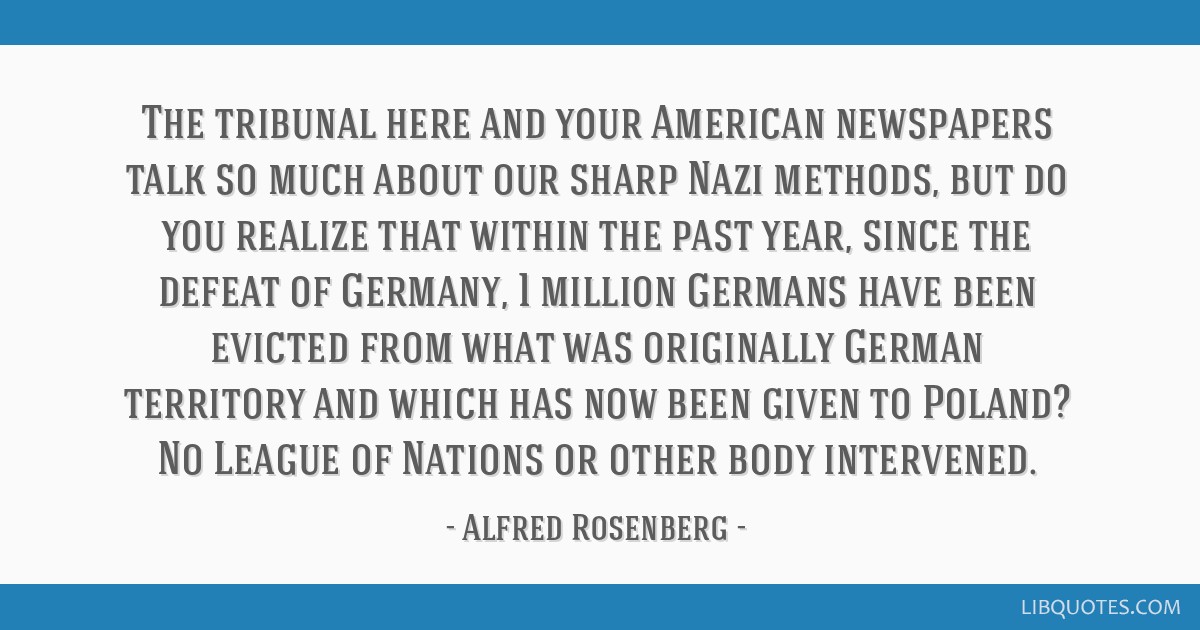 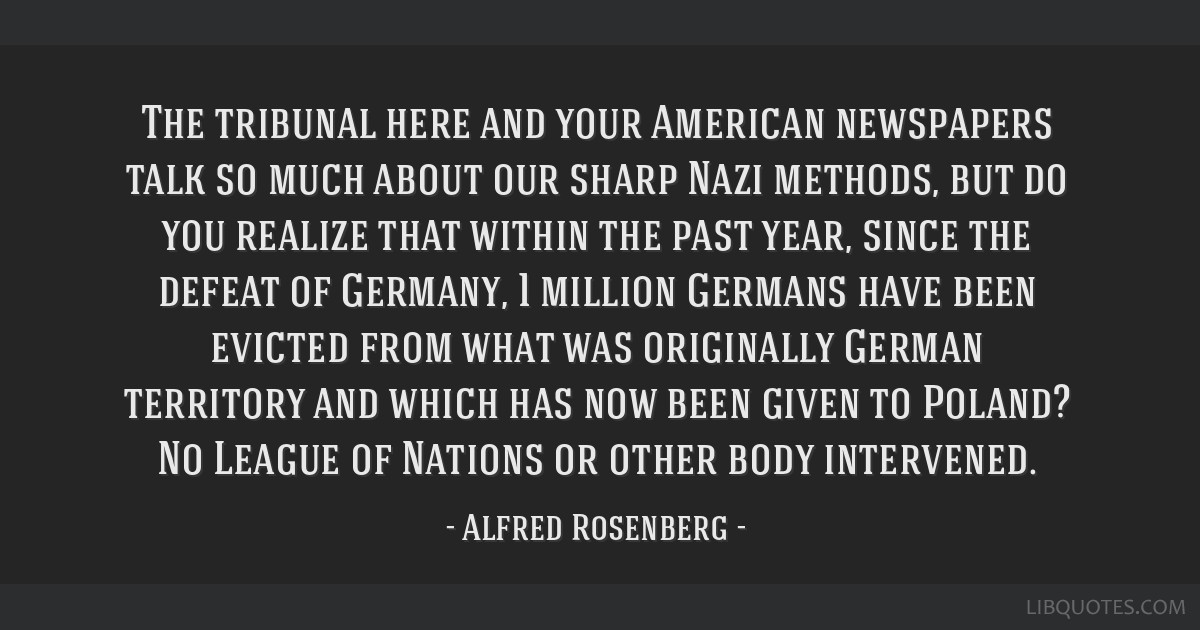 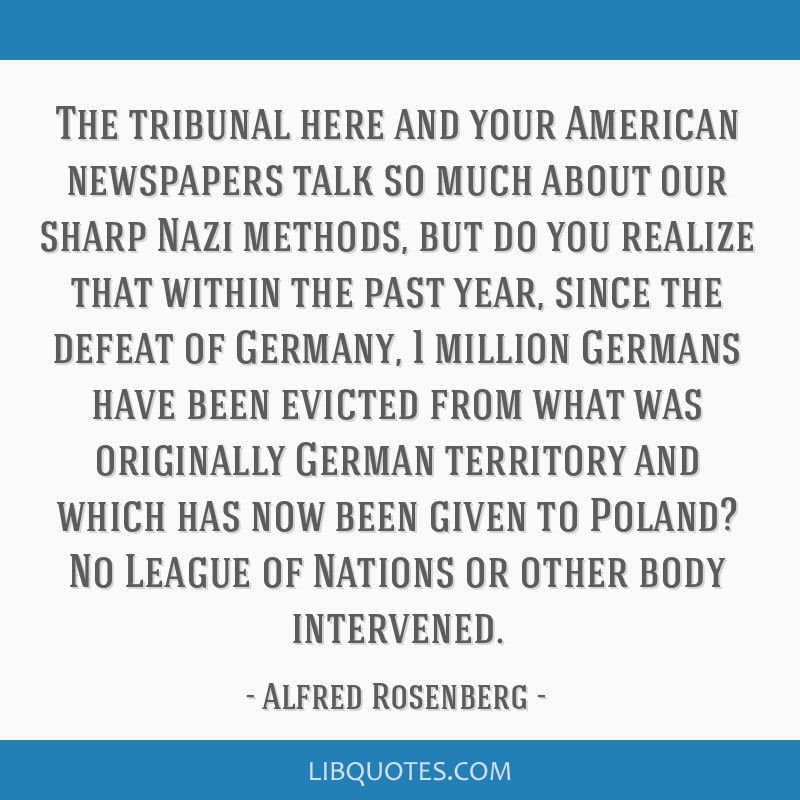 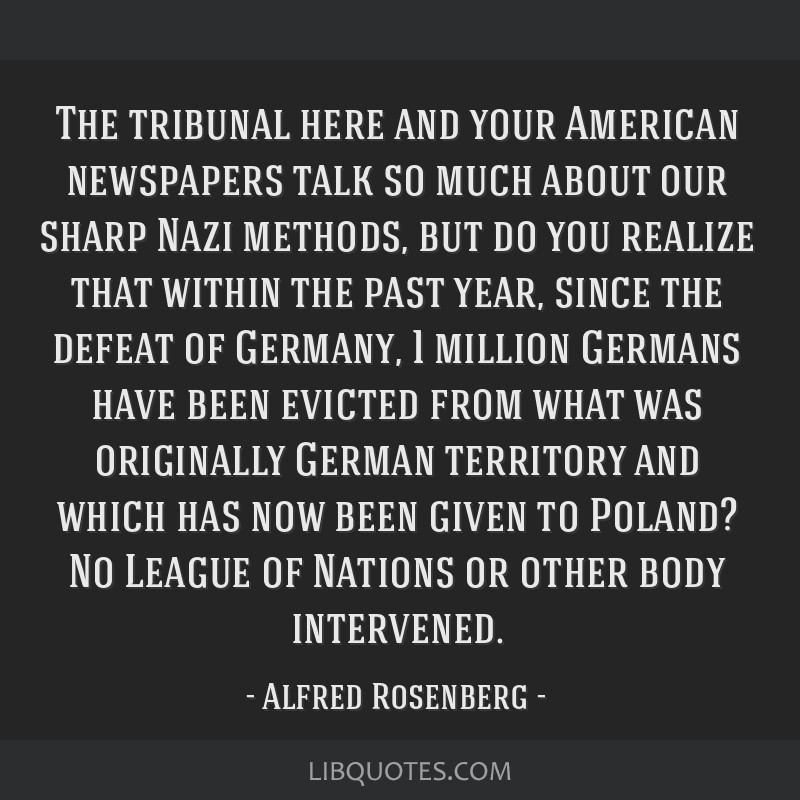 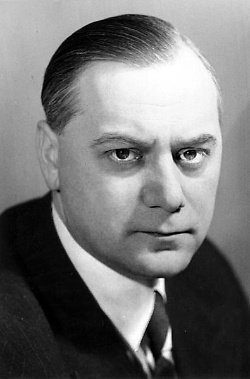