The Pact of Munich is signed. Czechoslovakia as a power is out. The genius of the Führer and his determination not to shun even a world war have again won victory without the use of force. The hope remains that the incredulous, the weak and the doubters have been converted and will remain that way. 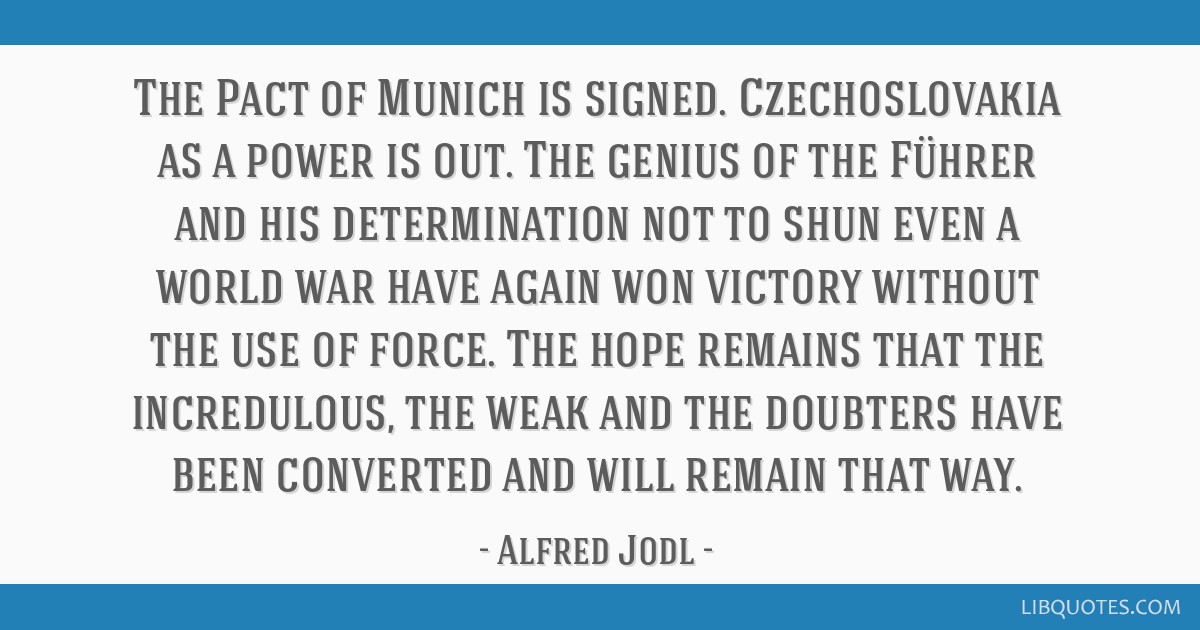 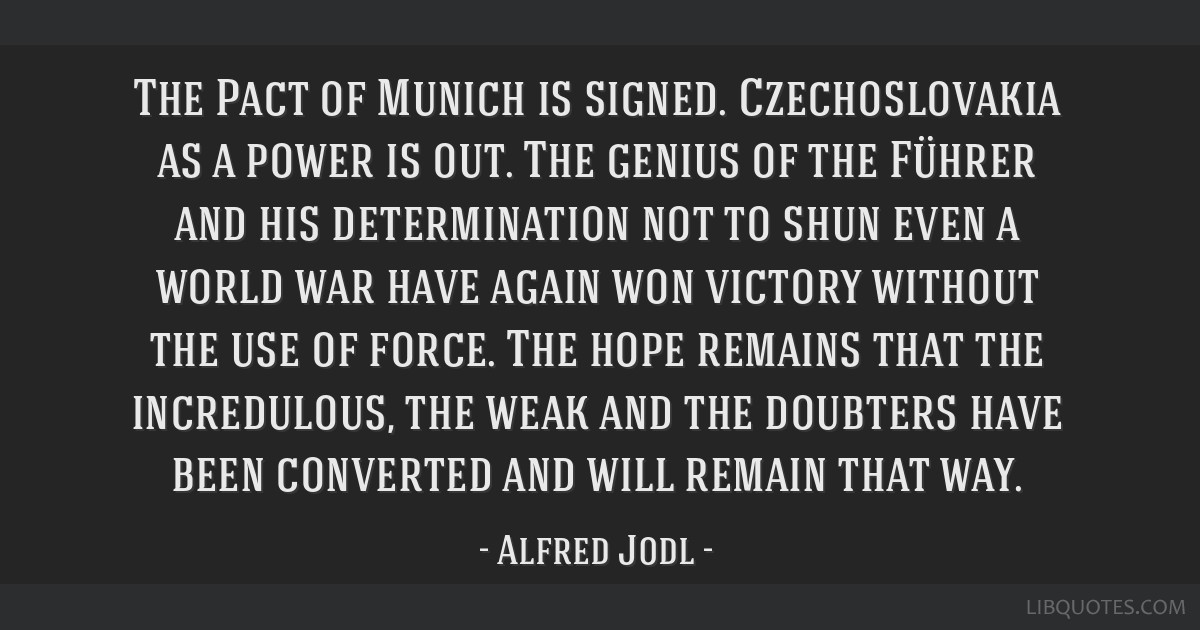 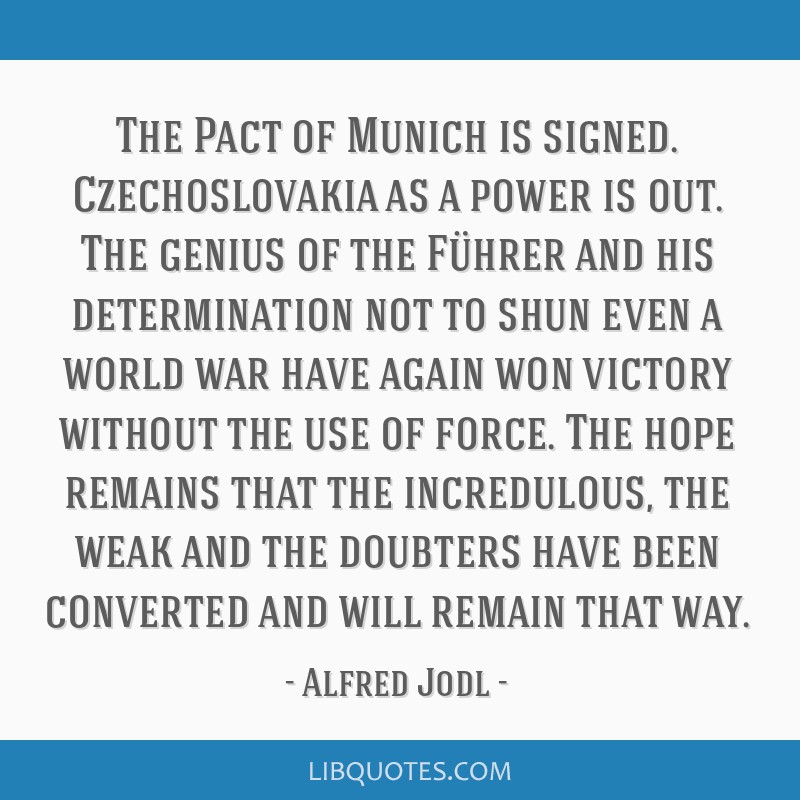 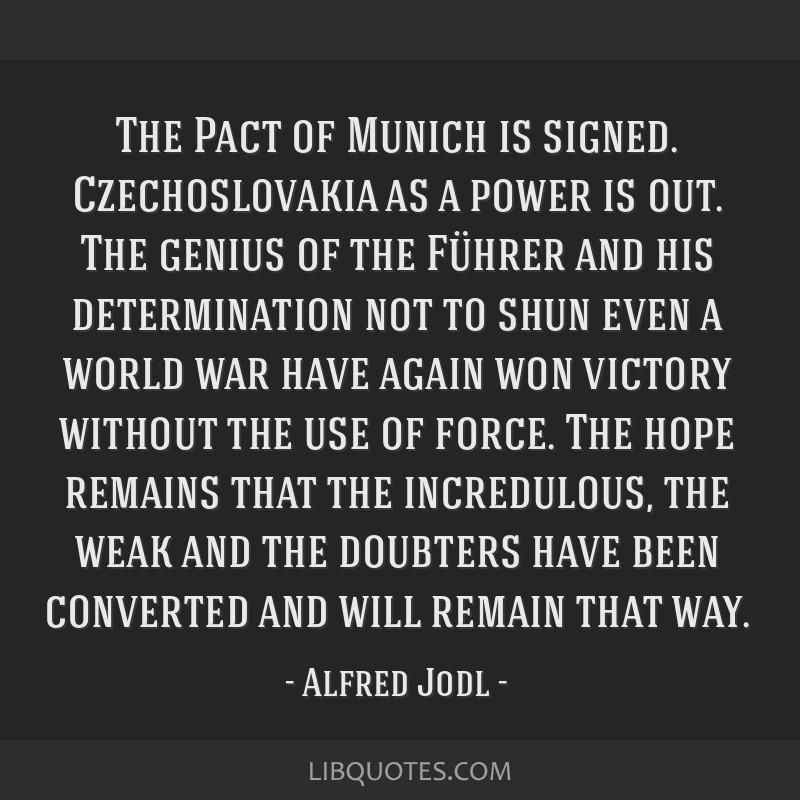 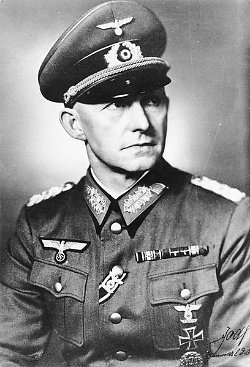