To make a great film you need three things: the script, the script and the script.

As reported in Bean: The Script Book (HarperPerennial, 1997) by Richard Curtis and Robin Driscoll, p. 7:
"The story goes that when Alfred Hitchcock was asked to list the three most important elements necessary for making a successful movie he replied ; The script , the script"

Also in Talking Pictures: Interviews with Contemporary British Film-makers (British Film Institute, 1997), p. 55:
"Hitchcock said There are three things that count , the script, the script and the script." 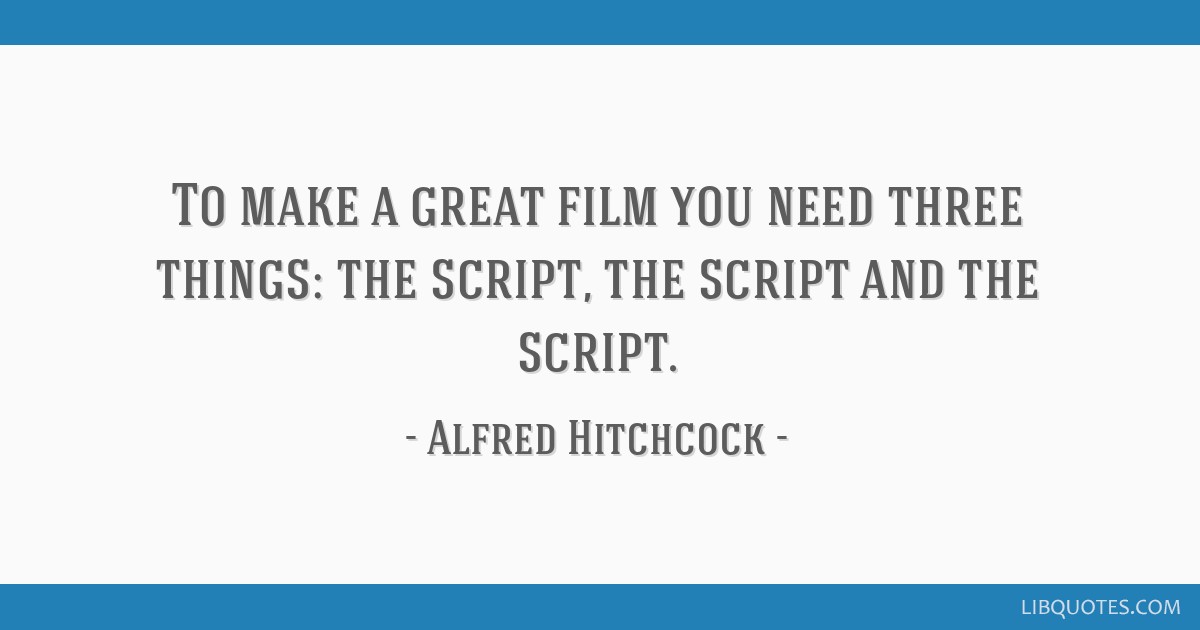 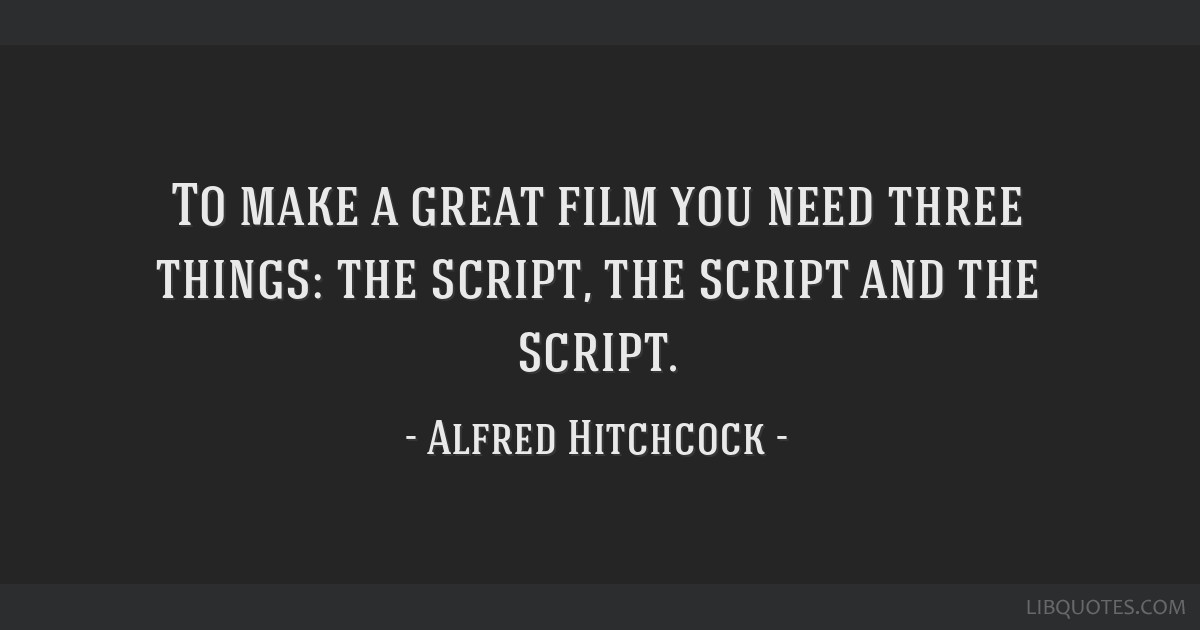 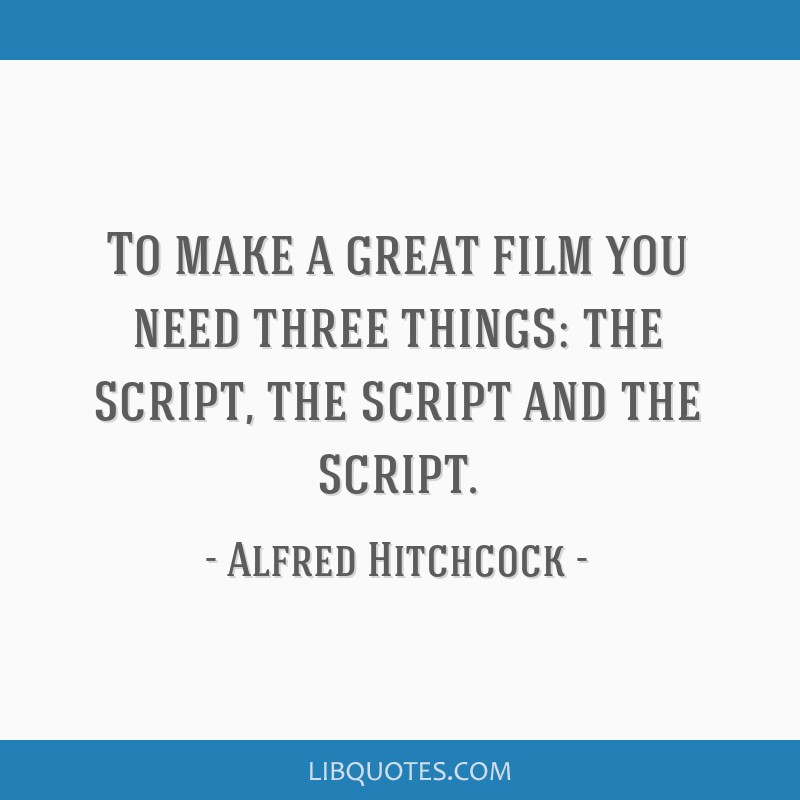 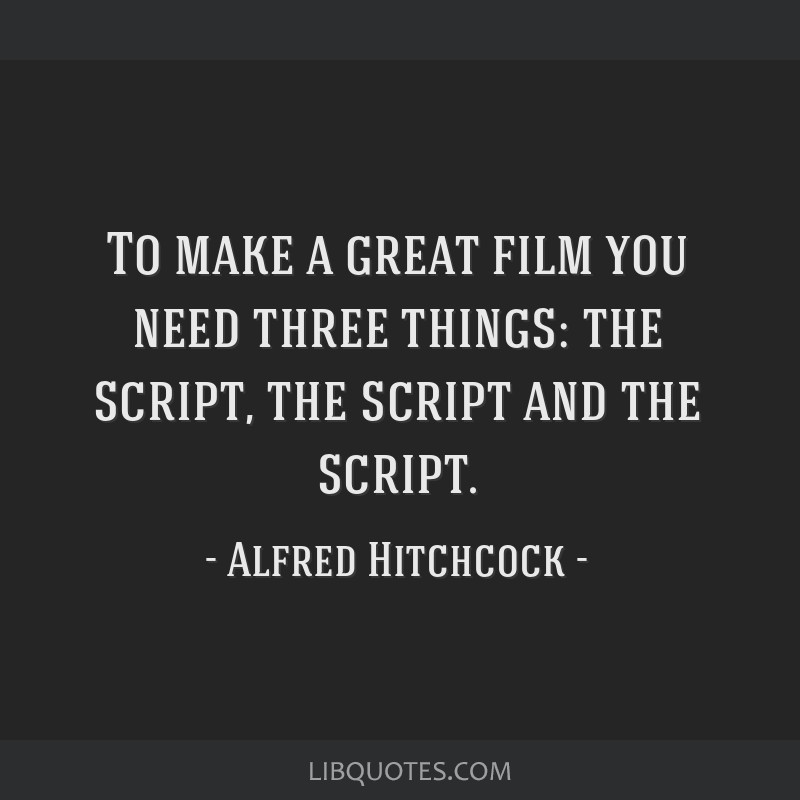 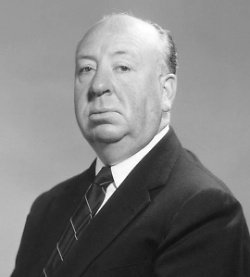