Any reform of the Security Council will require an amendment of the Charter of the United Nations under Article 108. Some observers feel that the veto power as practised since 1945 is the Achilles heel of the United Nations and of the contemporary international order. While a majority of United Nations Member States and observer States would agree to amend article 27 (3) of the Charter, this may be blocked by any of the members possessing the power of veto. Abandoning the veto, therefore, will have to envisage a substantial quid pro quo. Workable trade-offs could be enhanced voting weights for the permanent five in the General Assembly in a reformed and more empowered Assembly. 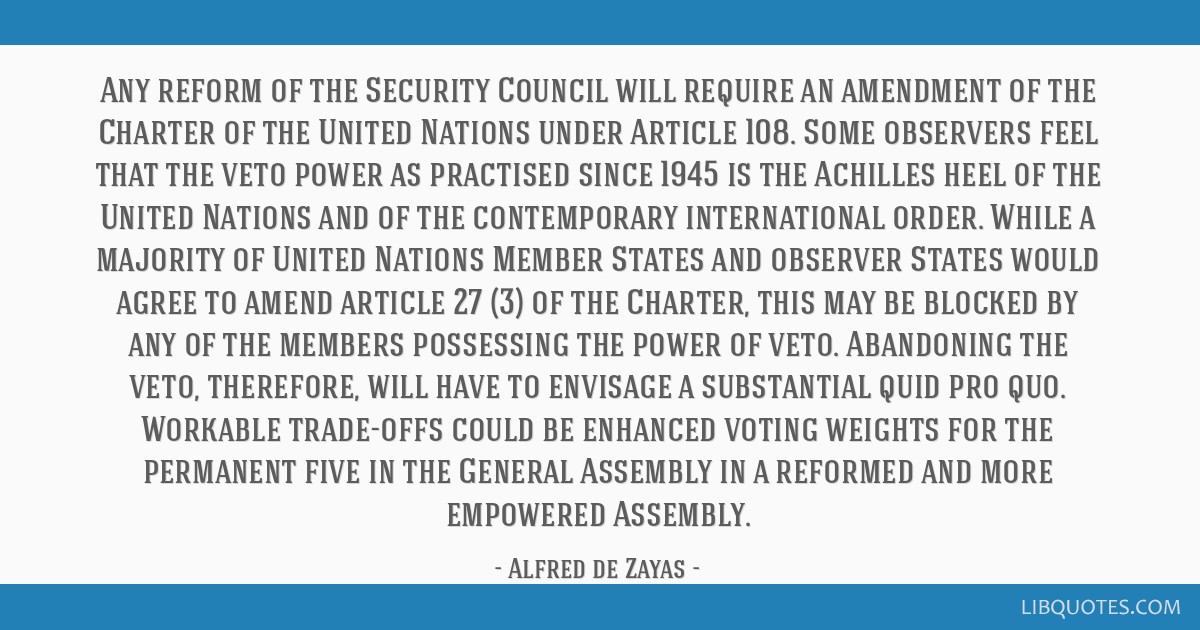 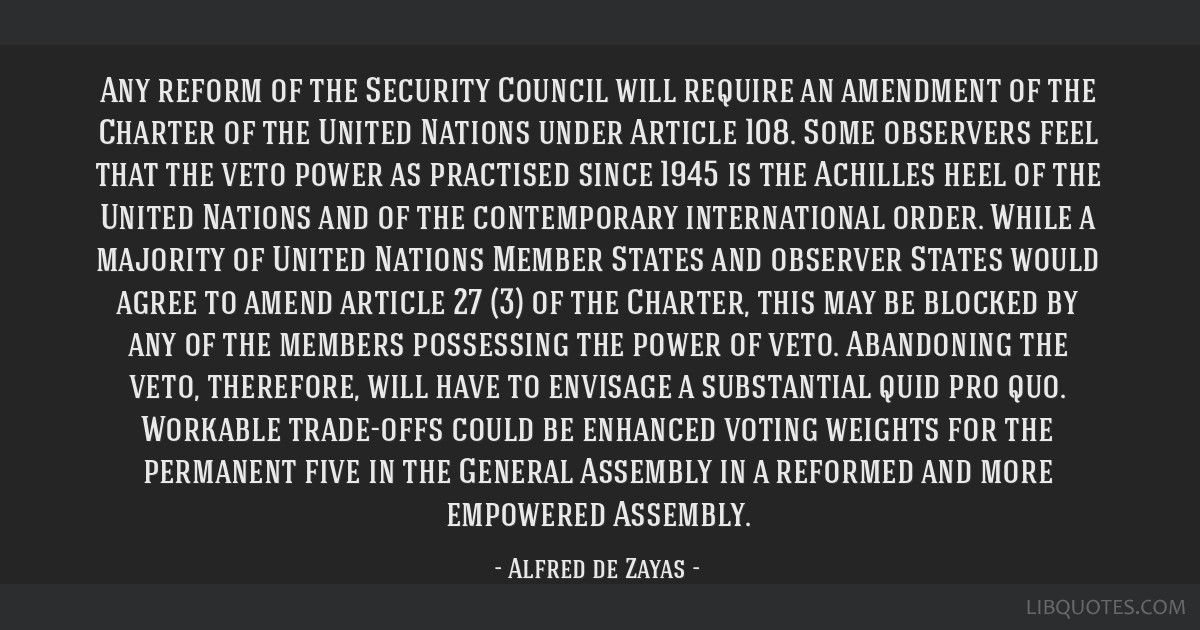 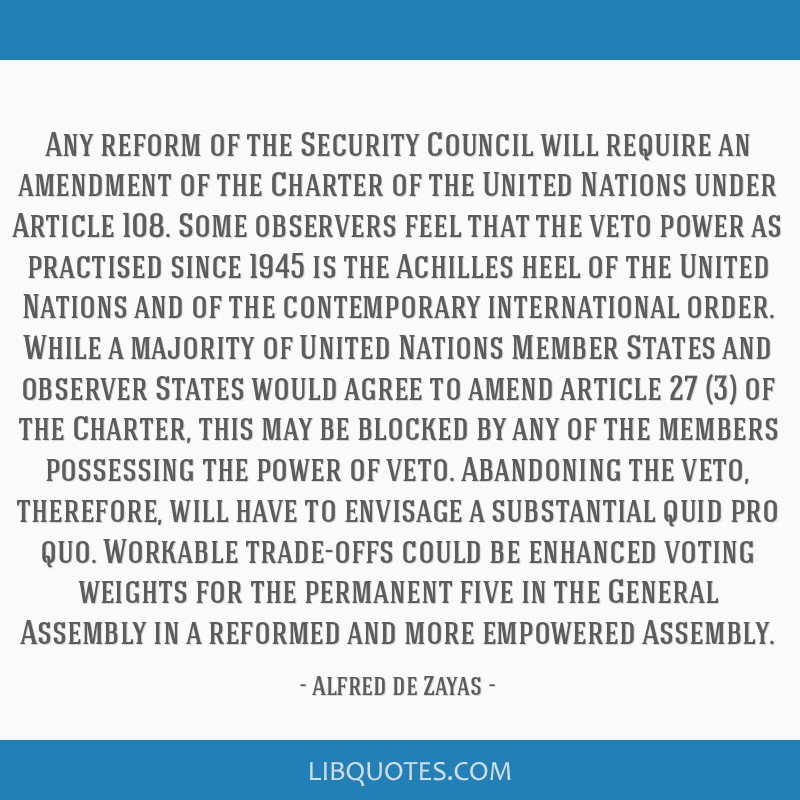 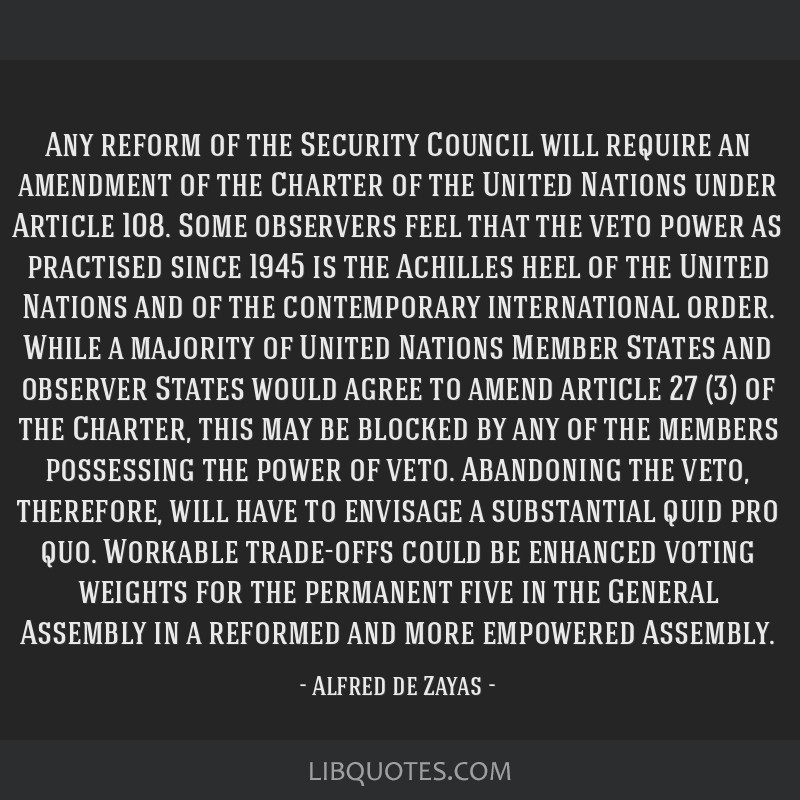 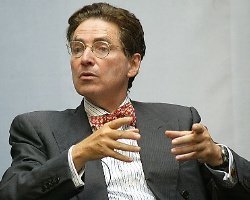