Your ancestors came to Macedonia and the rest of Hellas [Greece] and did us great harm, though we had done them no prior injury. I have been appointed leader of the Greeks, and wanting to punish the Persians I have come to Asia, which I took from you.

As quoted in Anabasis Alexandri by Arrian; translated as Anabasis of Alexander by P. A. Brunt, for the "Loeb Edition" Book II 14, 4. 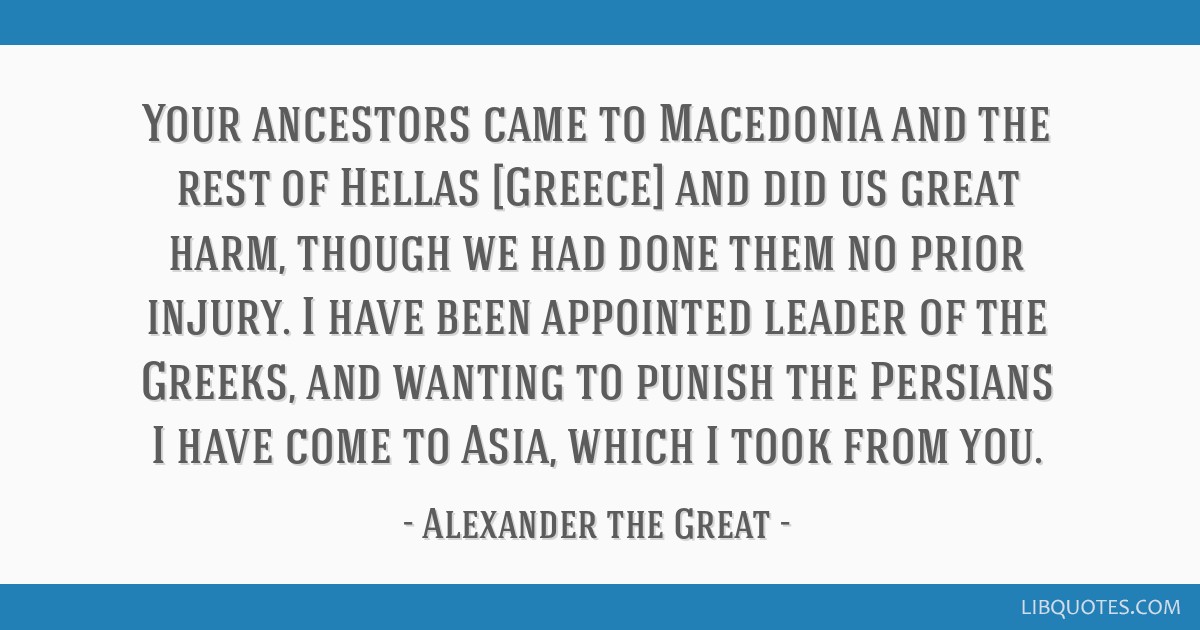 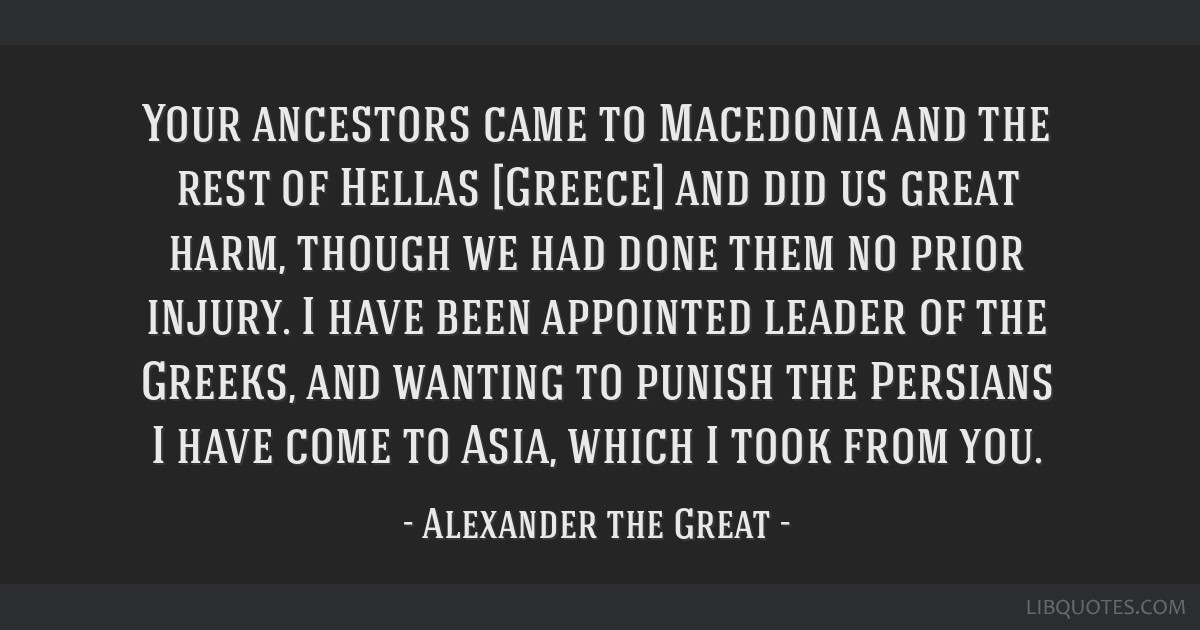 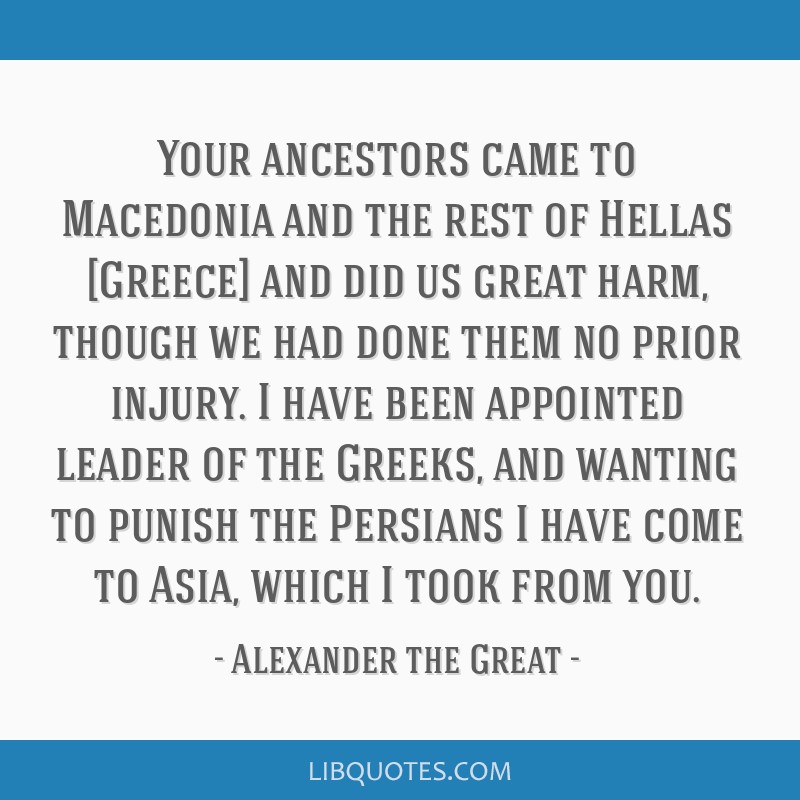 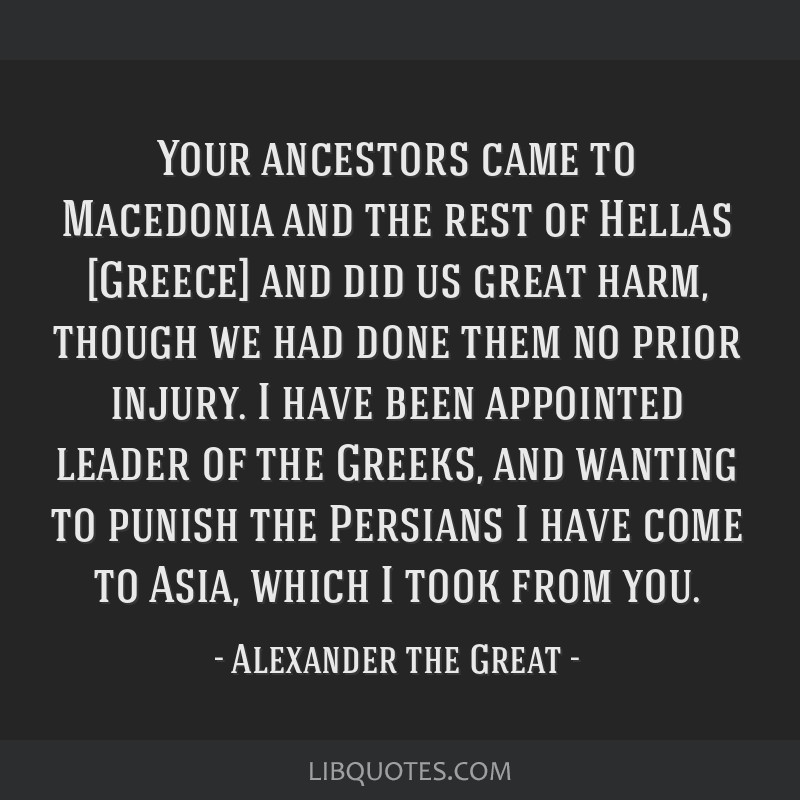 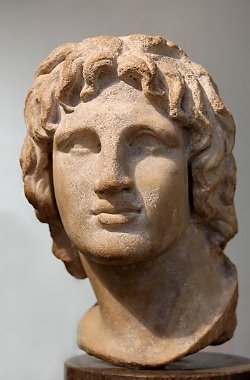