We unite behind a declaration of self-evident truth. The people who live in Scotland are best placed to make the decisions that affect Scotland. We want a Scotland that's greener, that's fairer and more prosperous. We realise that the power of an independent Scotland is necessary to achieve these great ends... By the time we enter the referendum campaign in autumn 2014, our intention is to have one million Scots who have signed the independence for Scotland declaration. Friends, if we achieve that, then we shall win an independent Scotland. 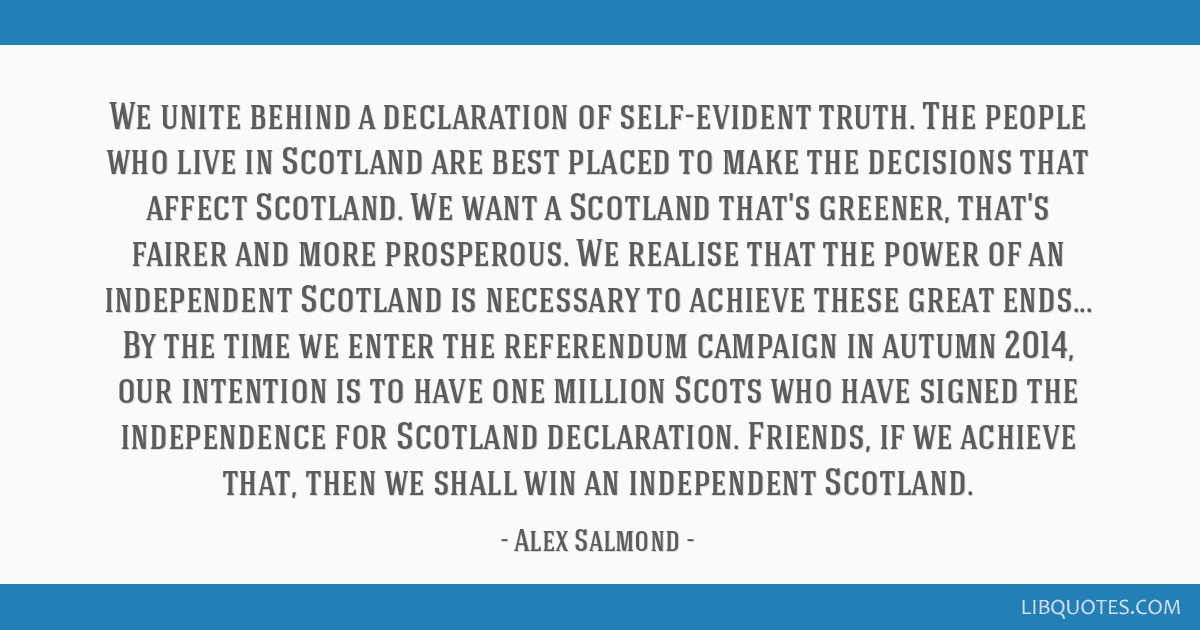 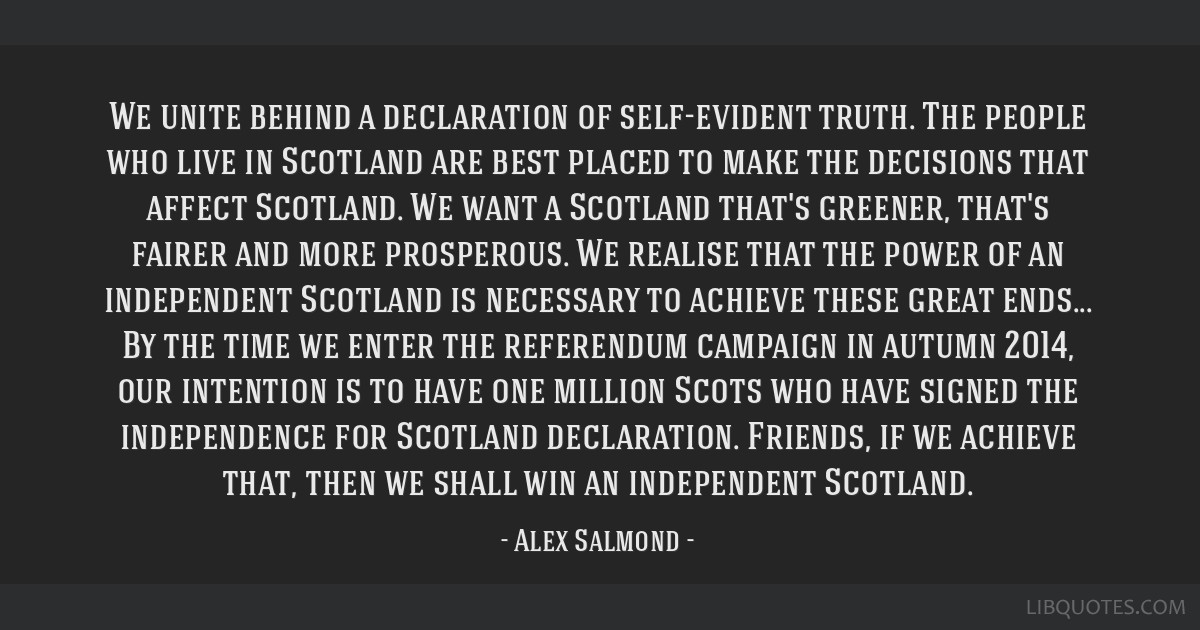 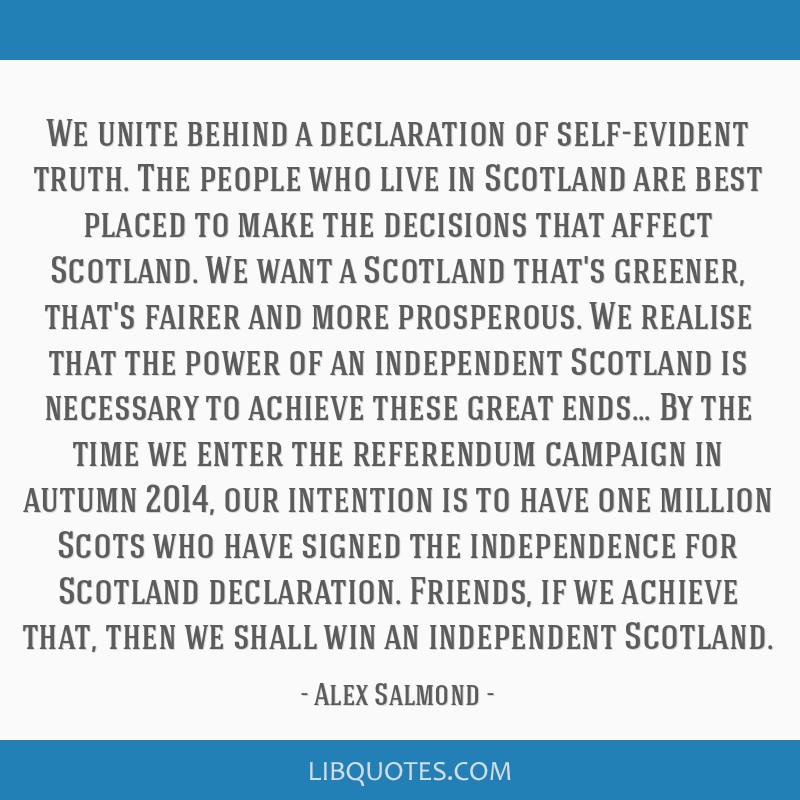 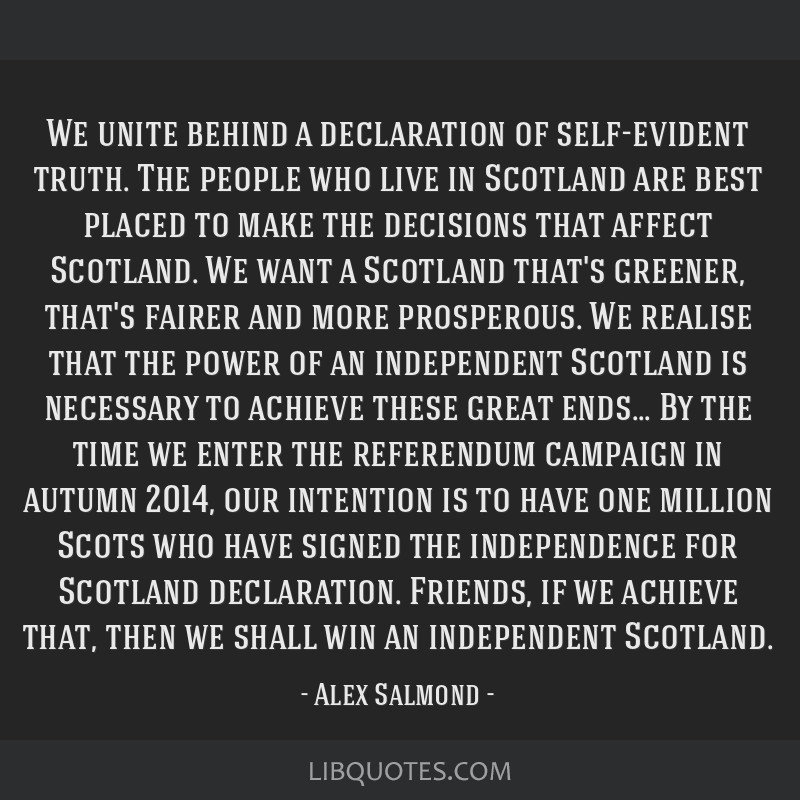 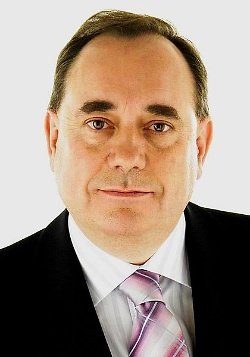