His own infinity becomes zero in relation to that of the least fragment of the solid. He hardly exists at all. Trillions multiplies by trillions of trillions of such as he could not cross the frontier even of breadth, the idea which he came to guess at only because he felt himself bound by some mysterious power. 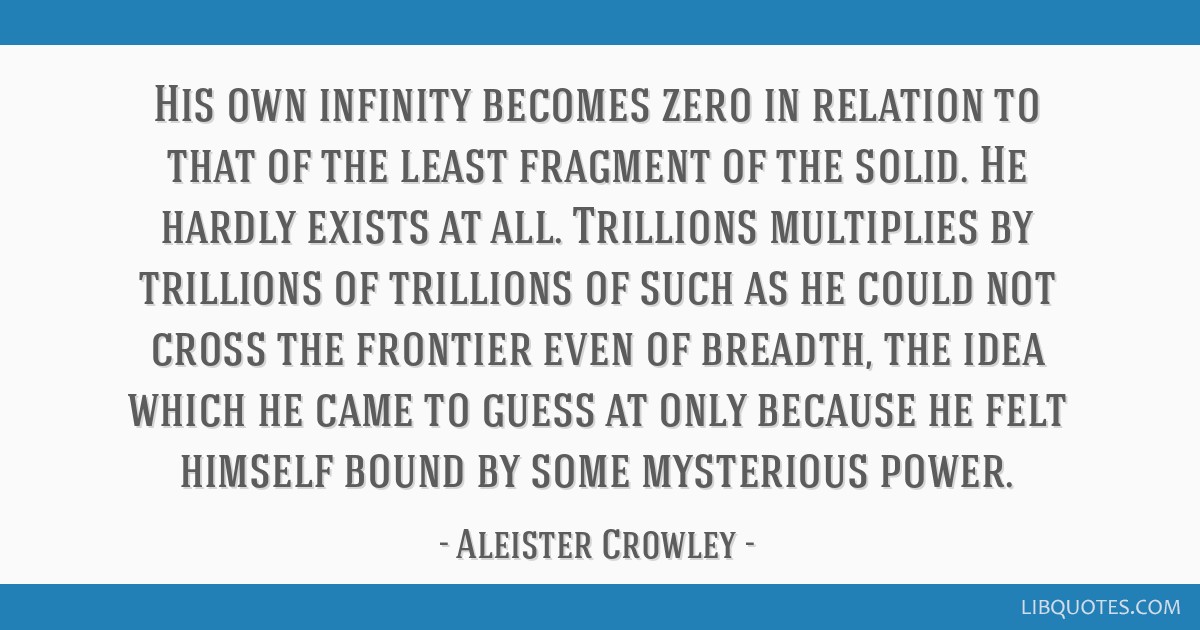 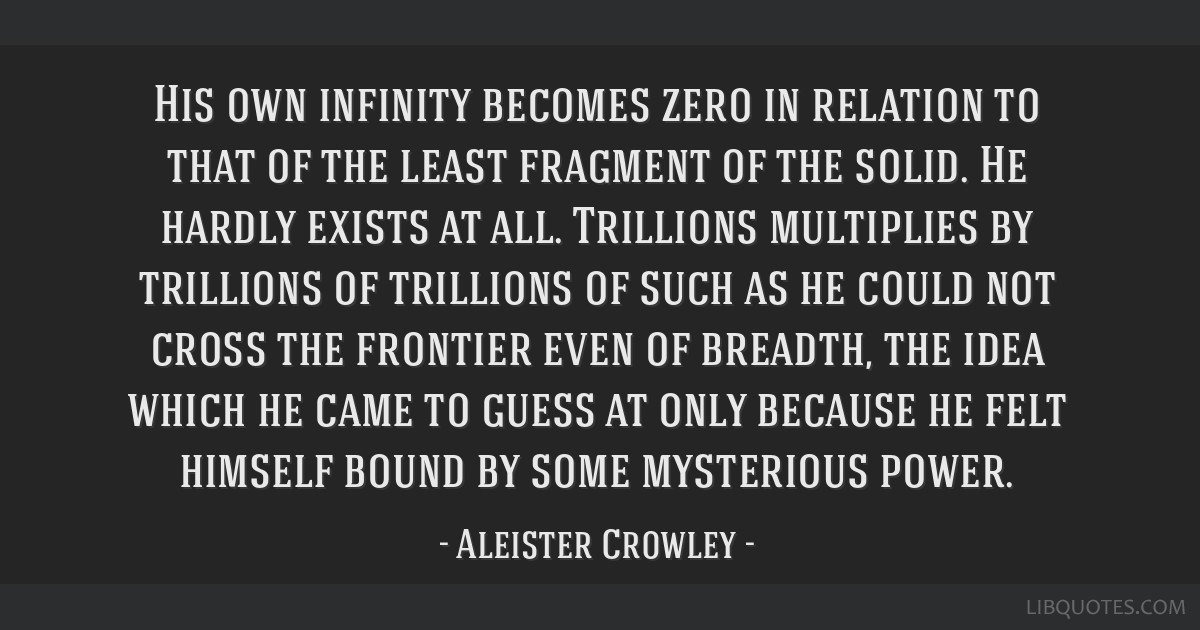 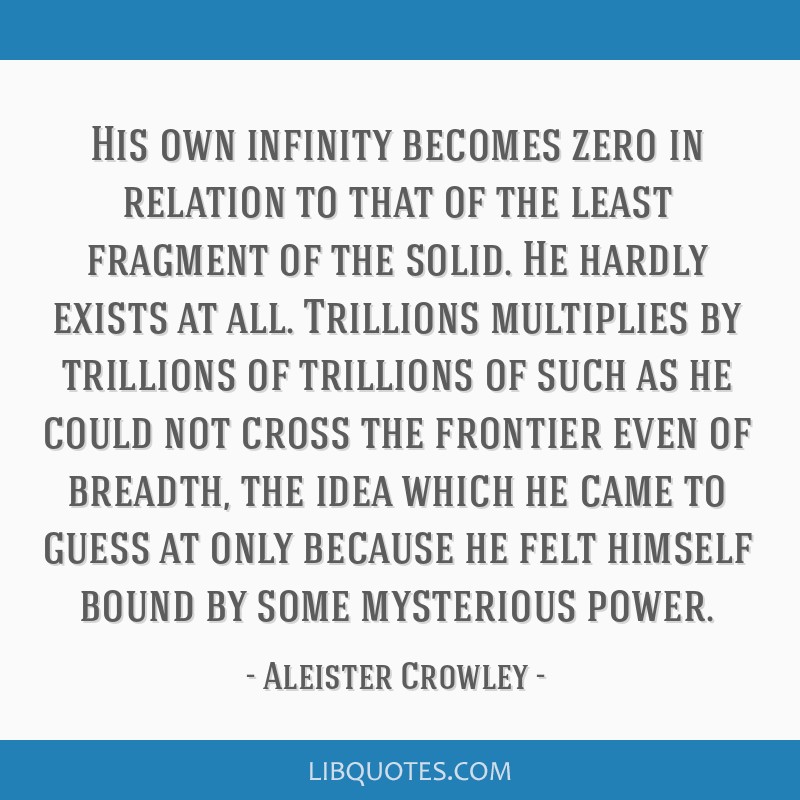 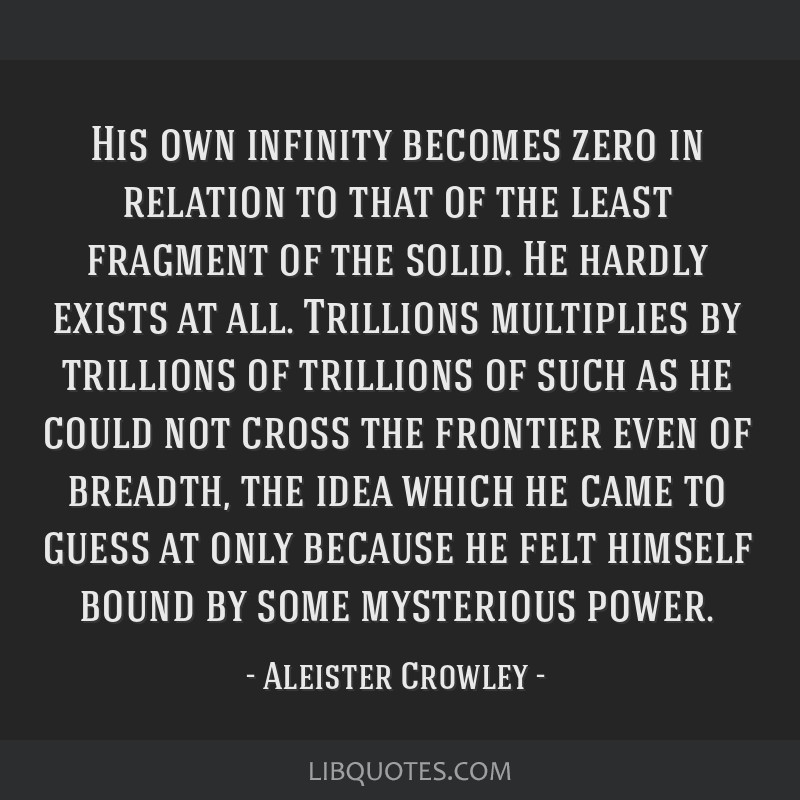 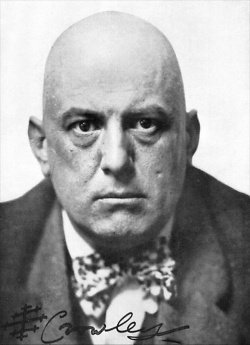