Much of the day I have busied myself making notes on the small parts in Shakespeare, often nameless, which are rewarding to the actor if only he'll not dismiss them as beneath his dignity. If I can work it up into a talk I might call it, 'Only a cough and a spit ' -the phrase so often used by actors to explain away a lack of opportunity.

Alec Guinness
The applause of all but very good men is no more than the precise measure of their possible hostility.

Alec Guinness
... nothing is desperately important and the joy of life is just looking at it.

Alec Guinness
An Actor is an interpreter of other men's words, often a soul which wishes to reveal itself to the world but dare not, a craftsman, a bag of tricks, a vanity bag, a cool observer of mankind, a child and at his best a kind of unfrocked priest who, for an hour or two, can call on heaven and hell to mesmerize a group of innocents...

Alec Guinness
There seems to be no end to the senseless wickedness done on this little planet in a minor solar system, and we puny mortals appear to be decreasing in importance so far as the universe is concerned. 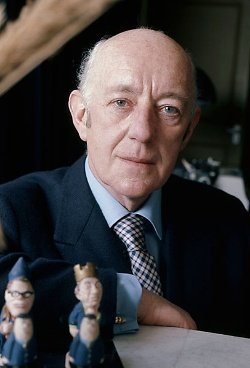 Creative Commons
Born: April 2, 1914
Died: August 5, 2000 (aged 86)
Bio: Sir Alec Guinness was an English actor. After an early career on the stage, he was featured in several of the Ealing Comedies, including The Ladykillers and Kind Hearts and Coronets in which he played eight different characters.
Known for: