It can be stated as a sober fact that the iron-heel attitude has already reduced by half the ability of Wisconsin to support a cooperative community of men, animals, and plants during the next century. Moreover, it has saddled us with a repair bill, the magnitude of which we are just beginning to appreciate. If some foreign invader attempted such loot, the whole nation would resist to the last man and the last dollar. But as long as we loot ourselves, we charge the indignity to 'rugged individualism', and try to forget it. 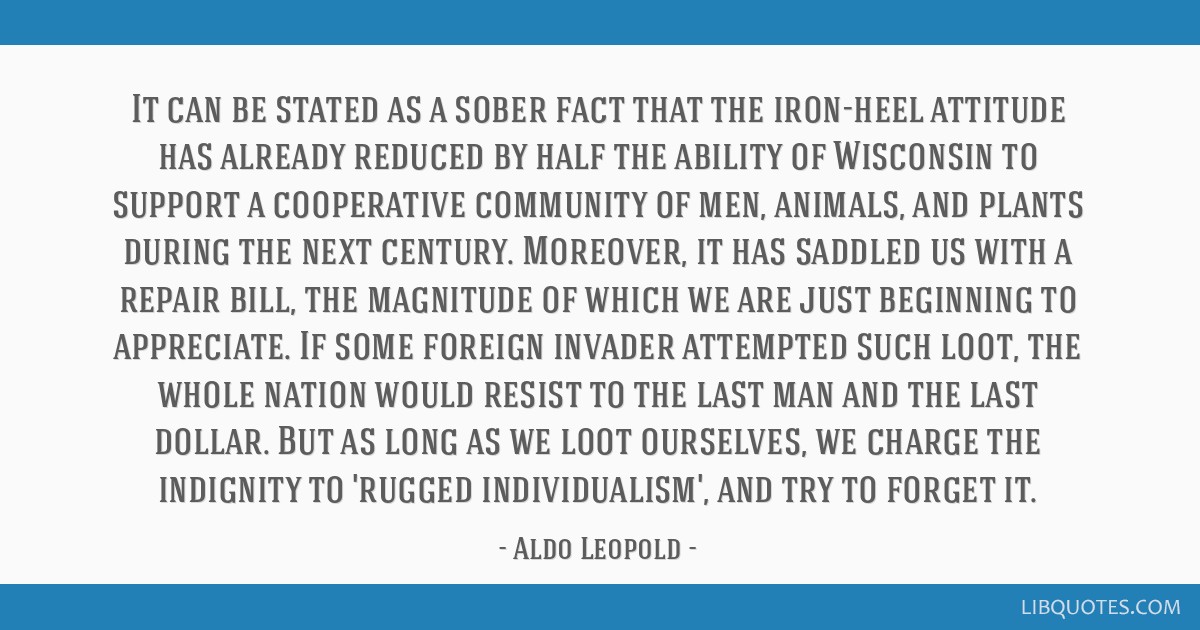 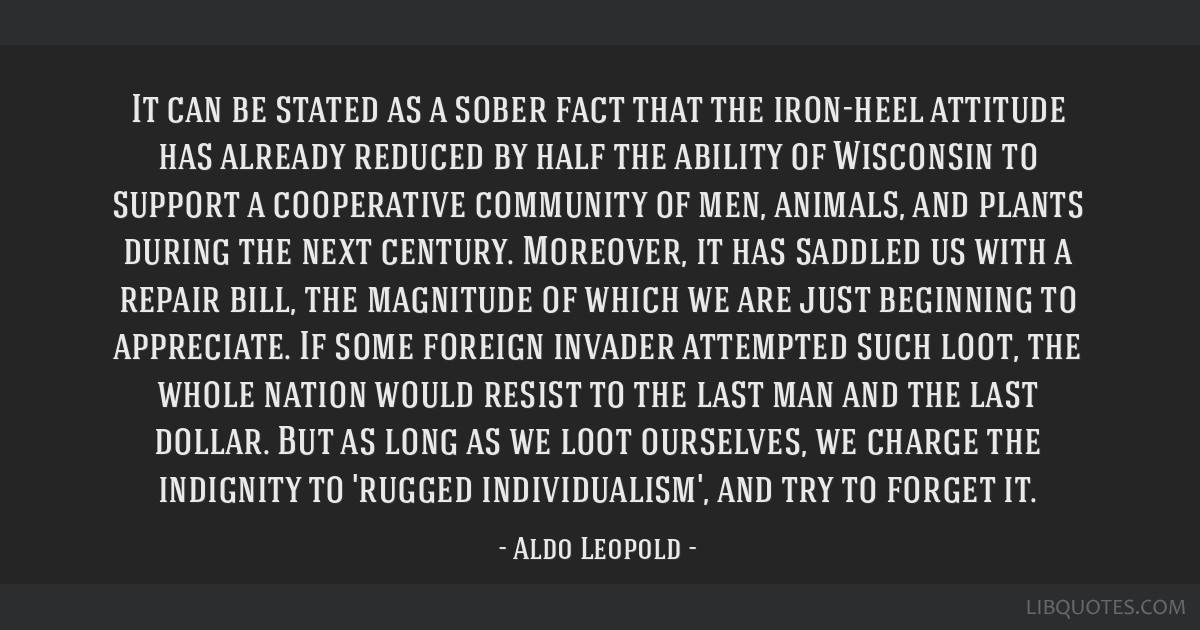 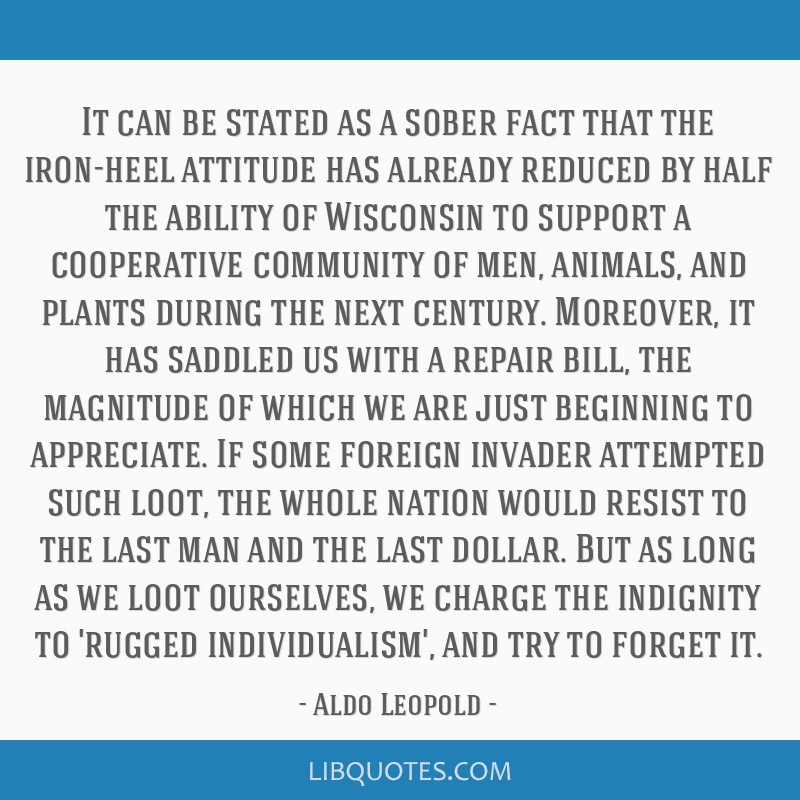 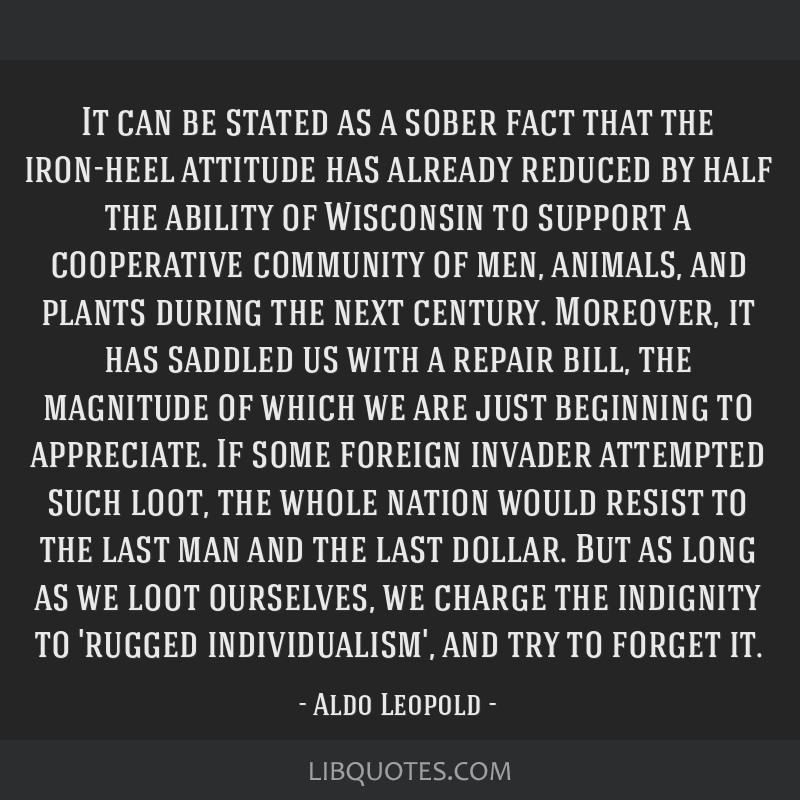 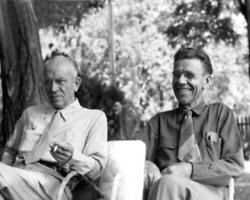