During the youthful period of mankind's spiritual evolution human fantasy created gods in man's own image, who, by the operations of their will were supposed to determine, or at any rate to influence, the phenomenal world. Man sought to alter the disposition of these gods in his own favour by means of magic and prayer. 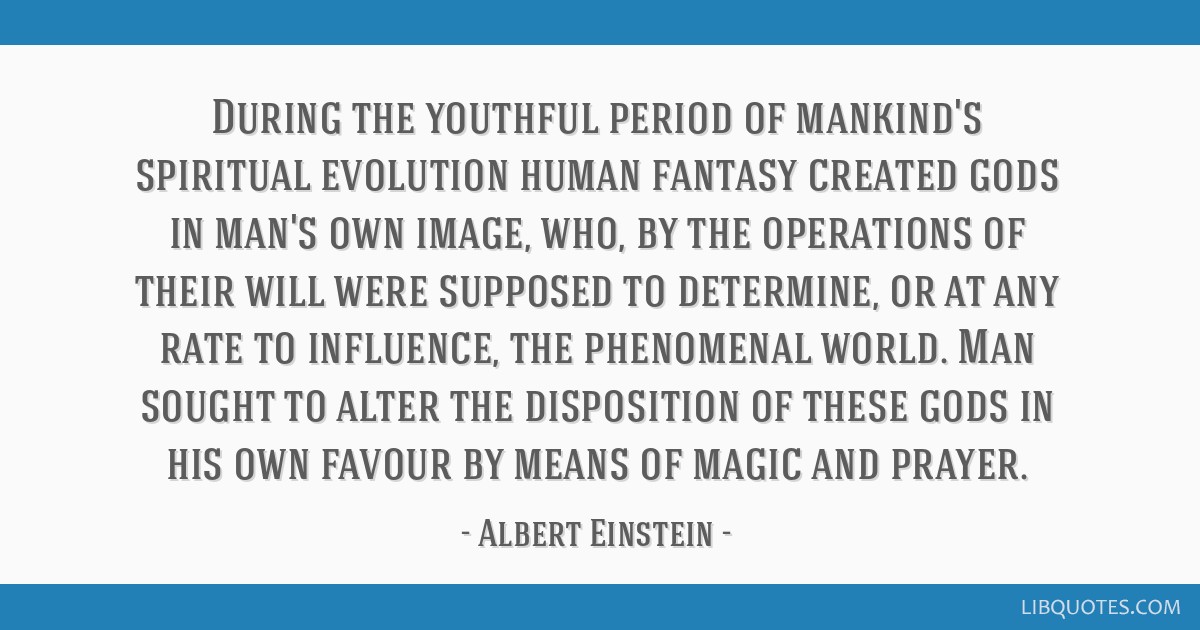 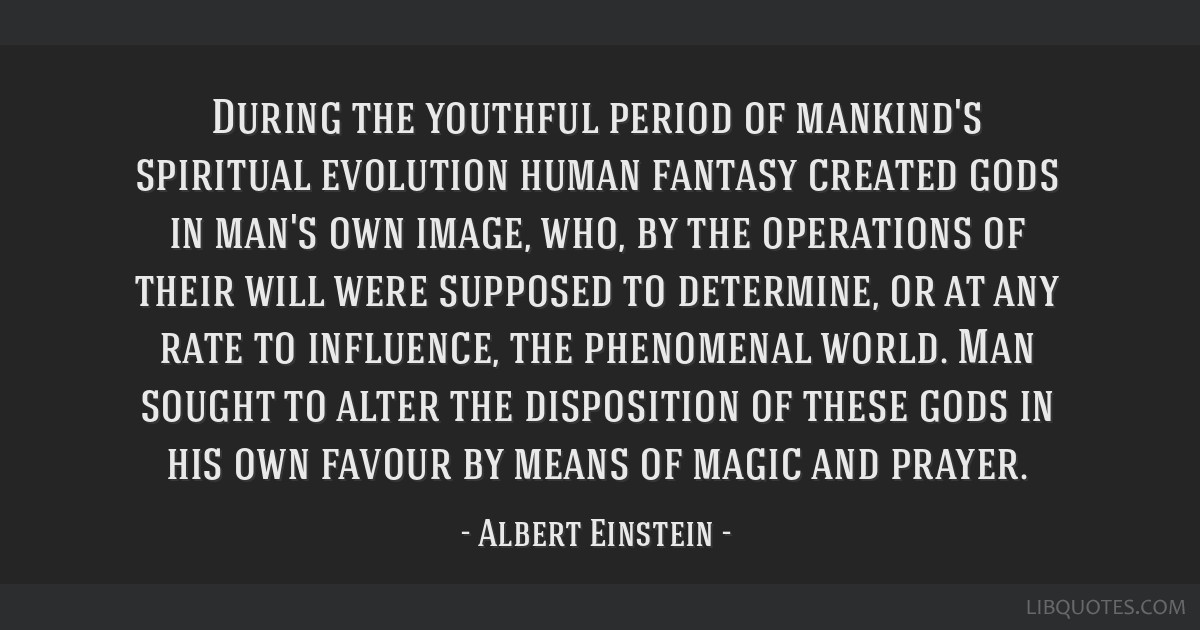 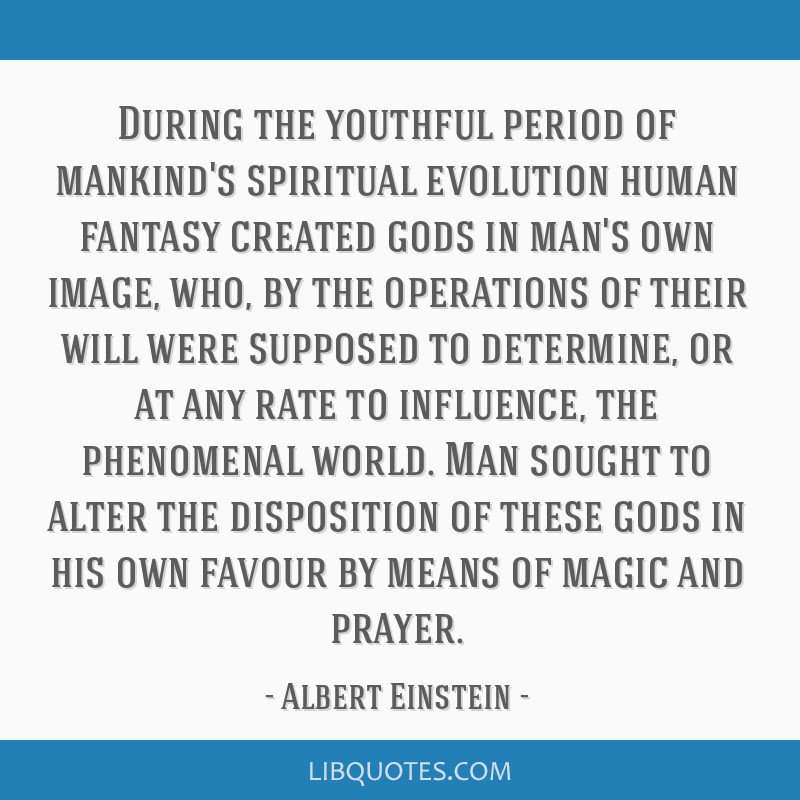 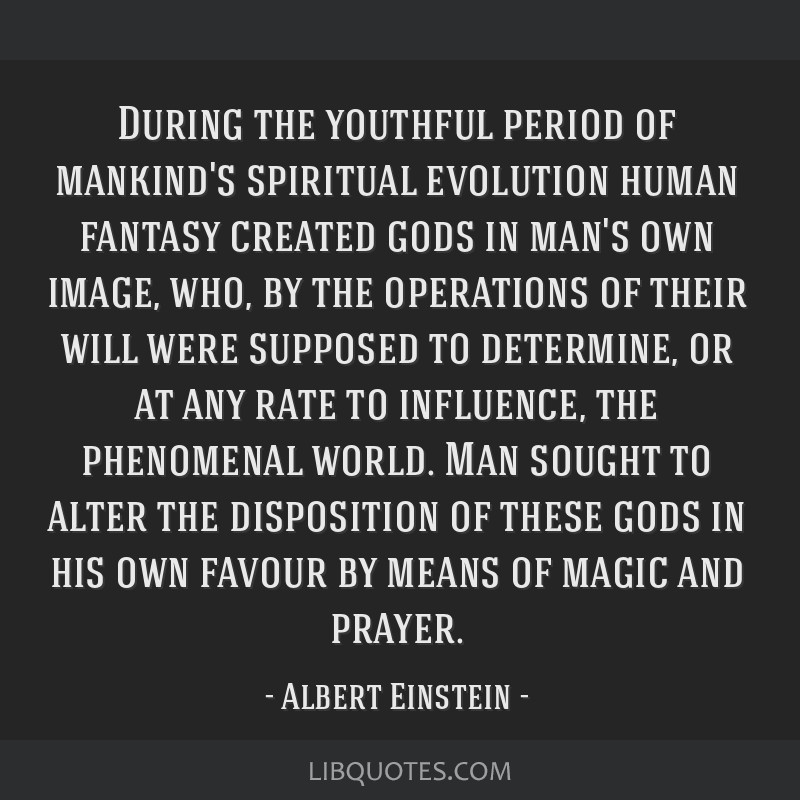