I believe that whoever tries to think things through honestly will soon recognize how unworthy and even fatal is the traditional bias against Negroes. What can the man of good will do to combat this deeply rooted prejudice? He must have the courage to set an example by words and deed, and must watch lest his children become influenced by racial bias. 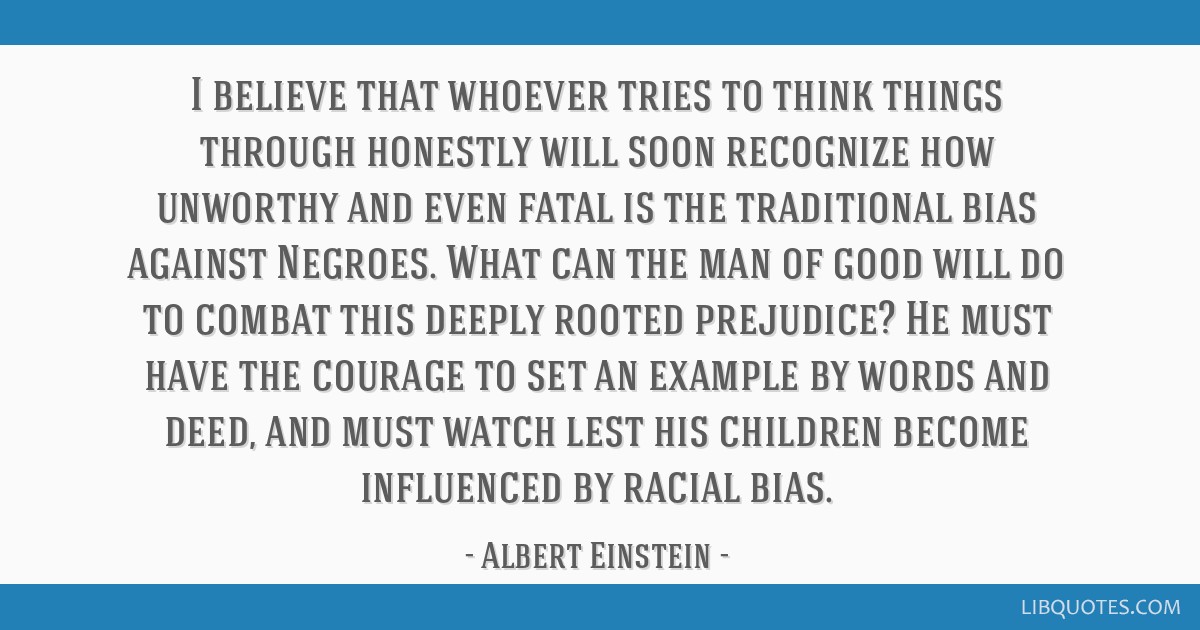 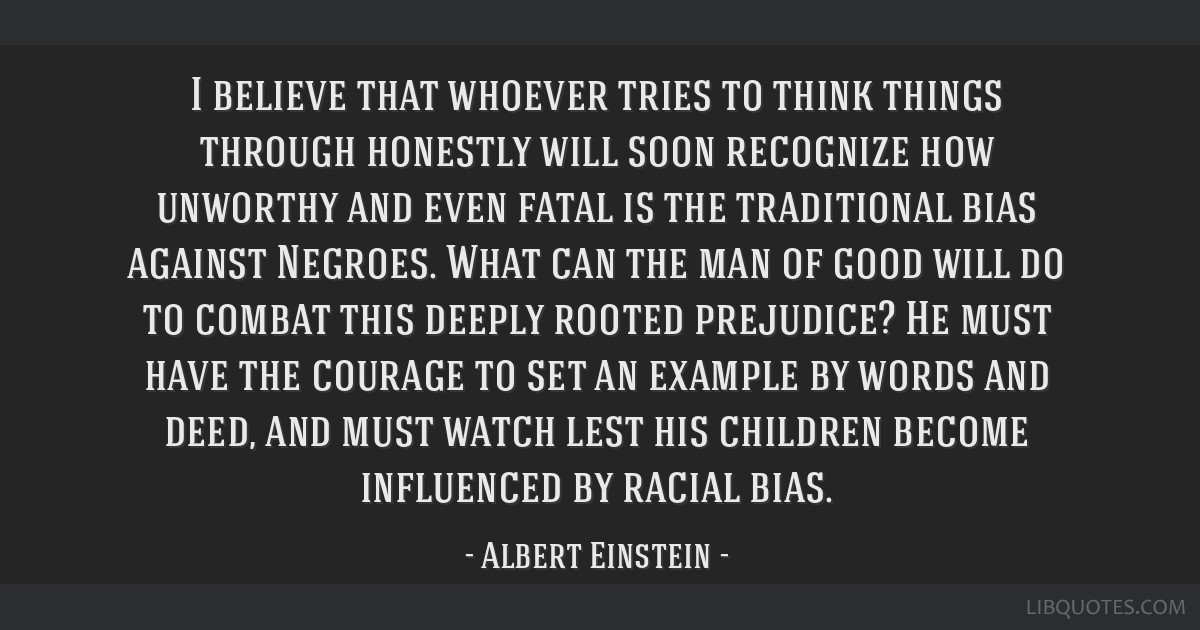 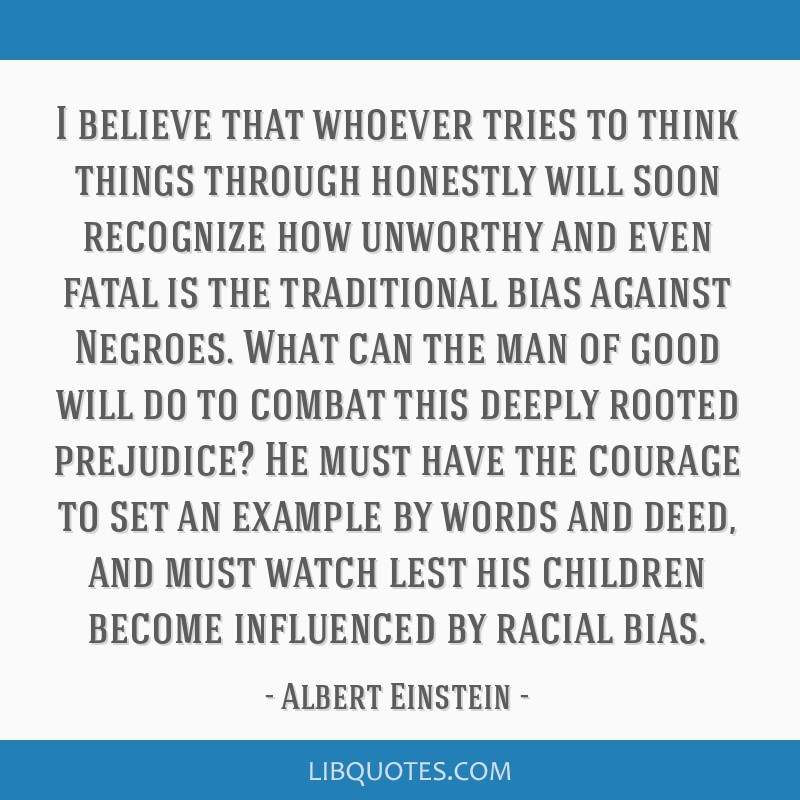 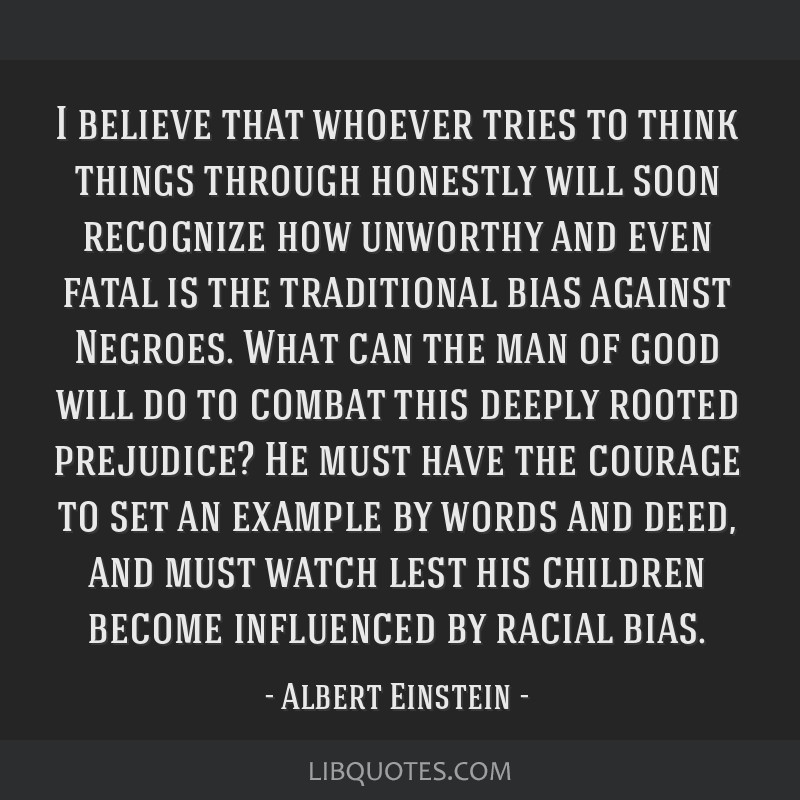