Our time is Gothic in its spirit. Unlike the Renaissance, it is not dominated by a few outstanding personalities. The twentieth century has established the democracy of the intellect. In the republic of art and science there are many men who take an equally important part in the intellectual movements of our age. It is the epoch rather than the individual that is important. There is no one dominant personality like Galileo or Newton. Even in the nineteenth century there were still a few giants who outtopped all others. Today the general level is much higher than ever before in the history of the world, but there are few men whose stature immediately sets them apart from all others. 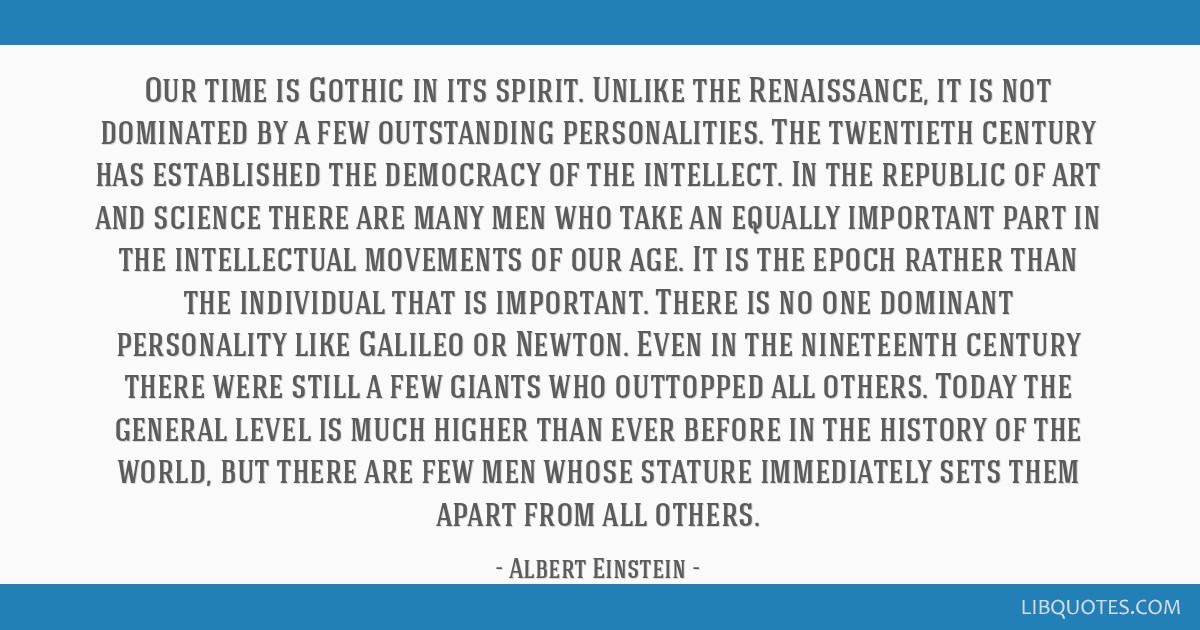 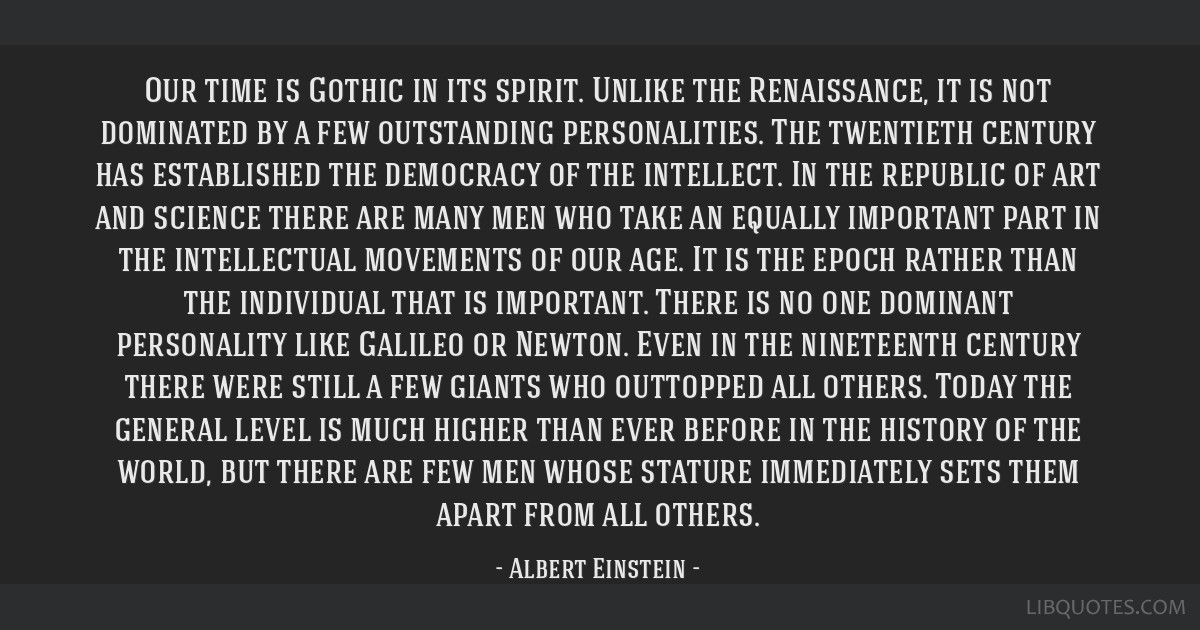 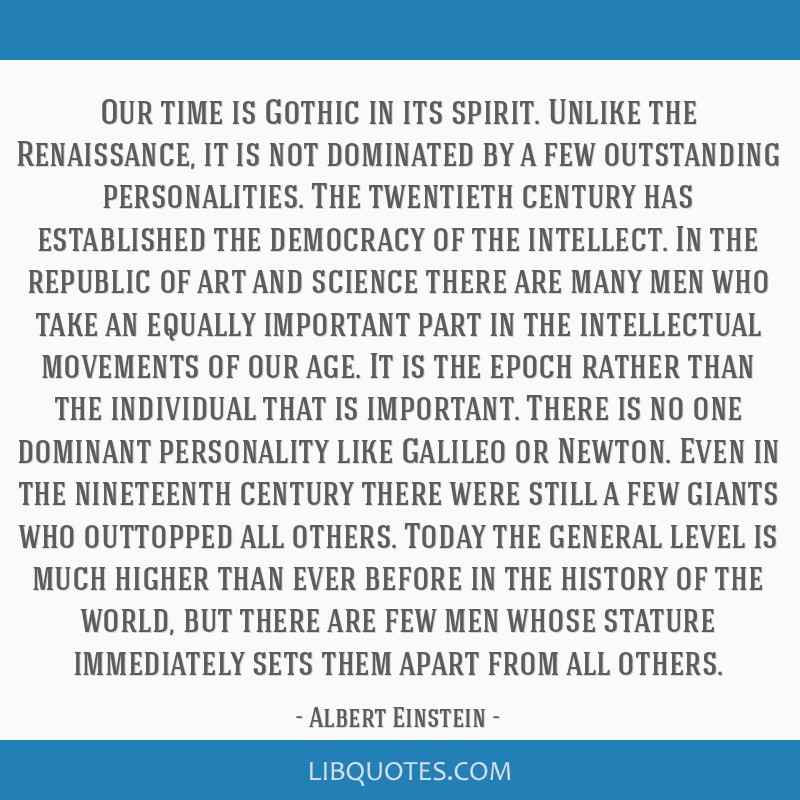 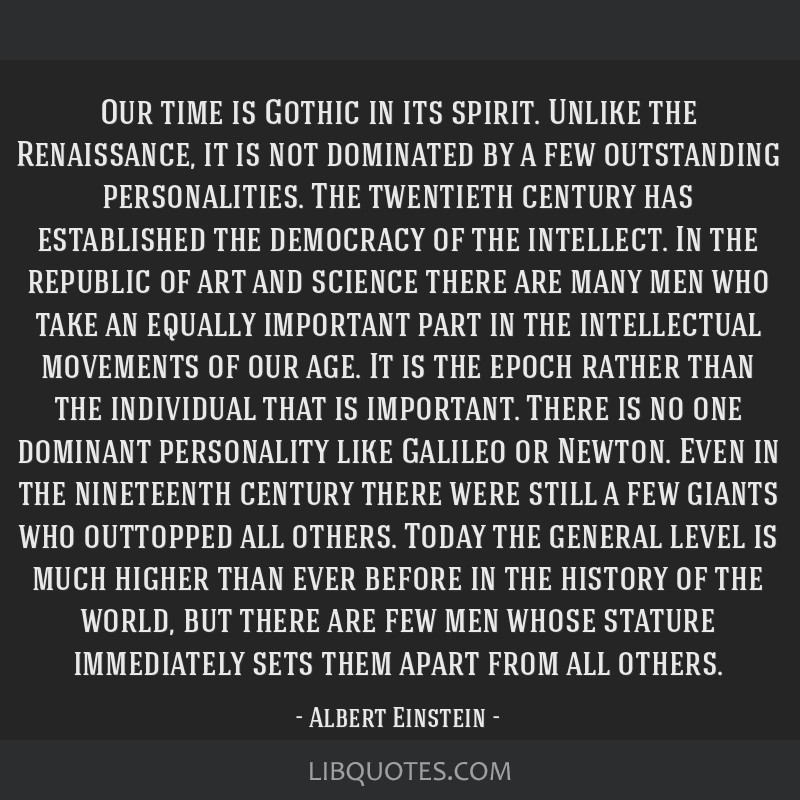