I was barked at by numerous dogs who are earning their food guarding ignorance and superstition for the benefit of those who profit from it. Then there are the fanatical atheists whose intolerance is of the same kind as the intolerance of the religious fanatics and comes from the same source. They are like slaves who are still feeling the weight of their chains which they have thrown off after hard struggle. They are creatures who—in their grudge against the traditional "opium for the people"—cannot bear the music of the spheres. The Wonder of nature does not become smaller because one cannot measure it by the standards of human moral and human aims. 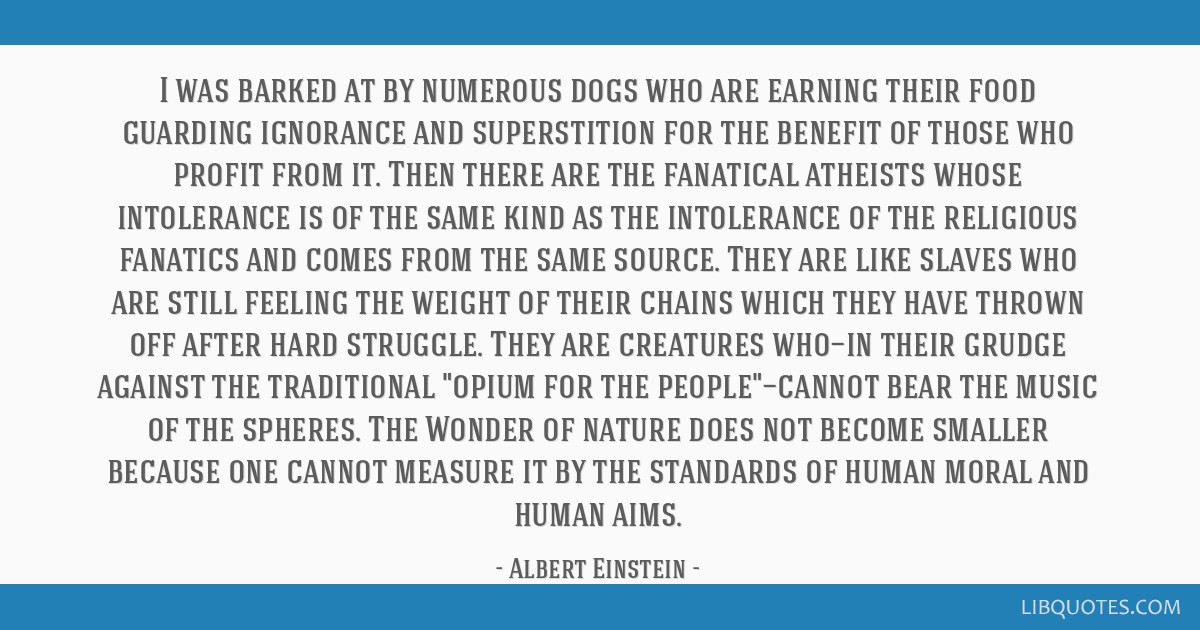 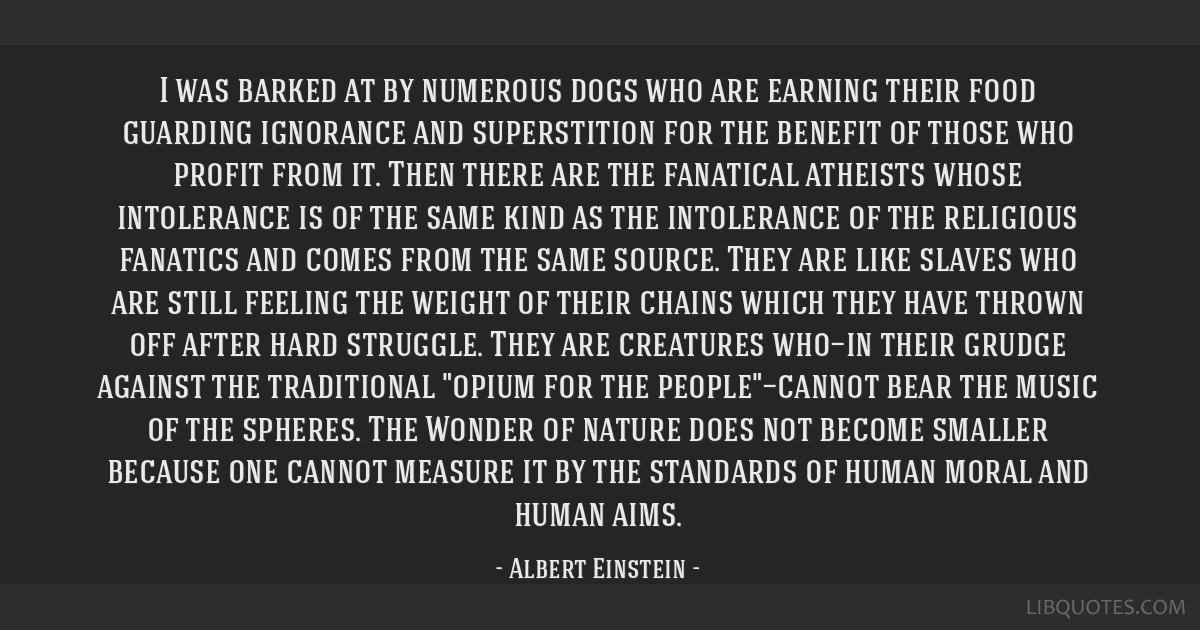 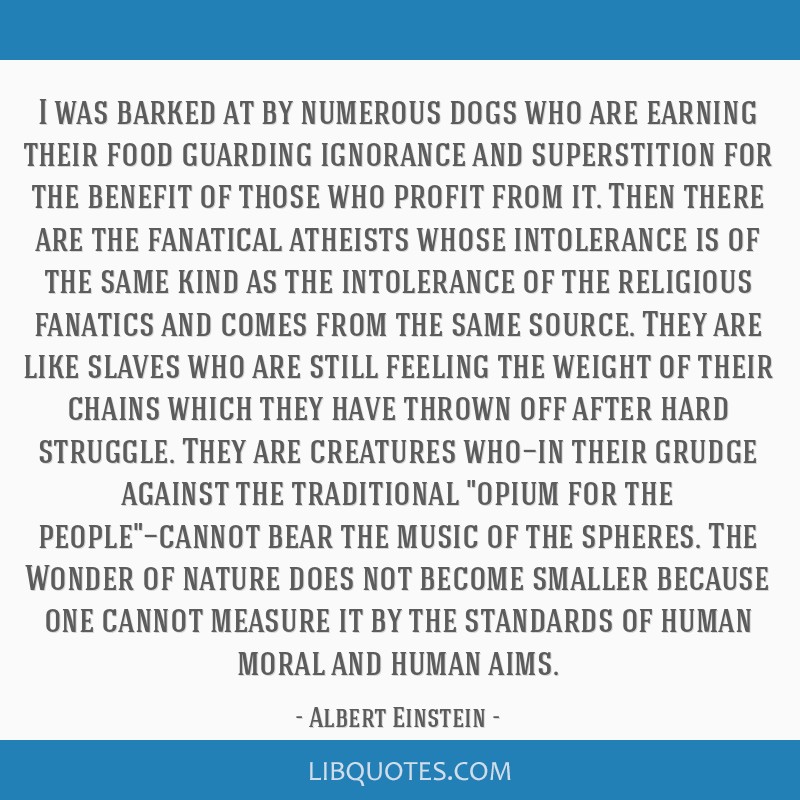 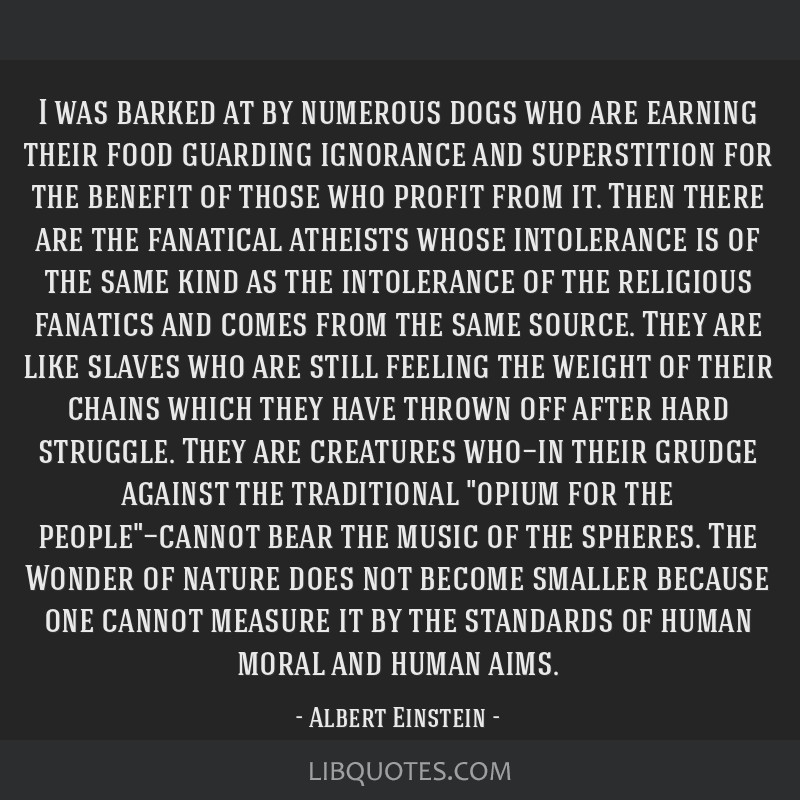