I believe, indeed, that overemphasis on the purely intellectual attitude, often directed solely to the practical and factual, in our education, has led directly to the impairment of ethical values. I am not thinking so much of the dangers with which technical progress has directly confronted mankind, as of the stifling of mutual human considerations by a "matter-of-fact" habit of thought which has come to lie like a killing frost upon human relations. … The frightful dilemma of the political world situation has much to do with this sin of omission on the part of our civilization. Without "ethical culture," there is no salvation for humanity.

"The Need for Ethical Culture" celebrating the seventy-fifth anniversary of the Ethical Culture Society, founded by Felix Adler (5 January 1951) (the full remarks can be found in Ideas and Opinions by Albert Einstein and Carl Seelig) 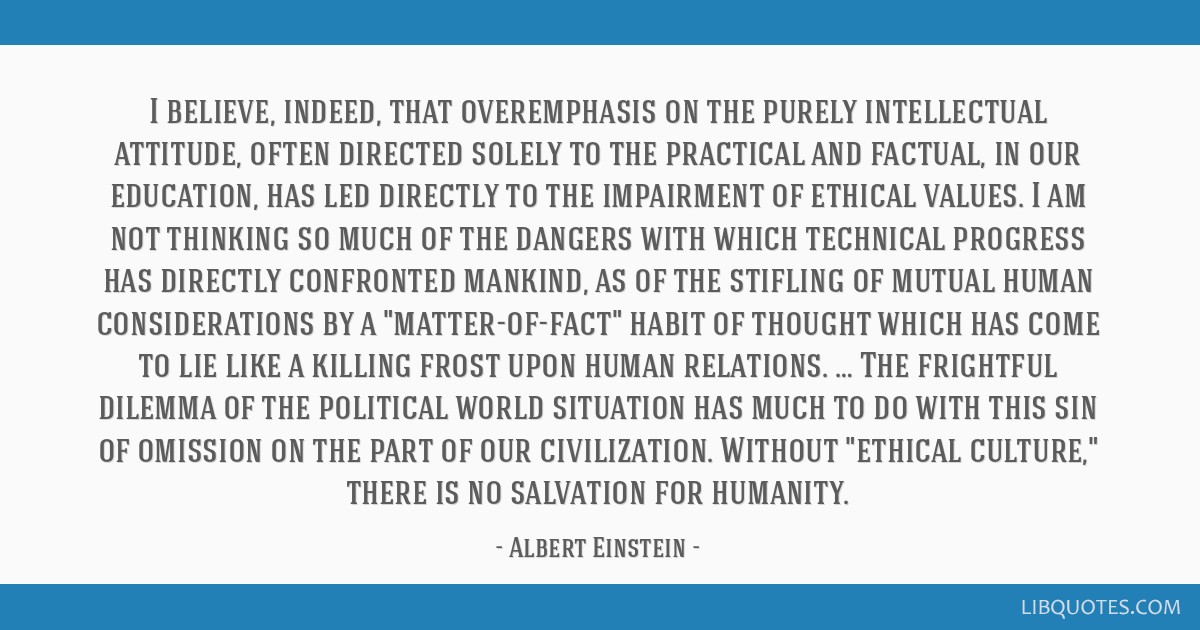 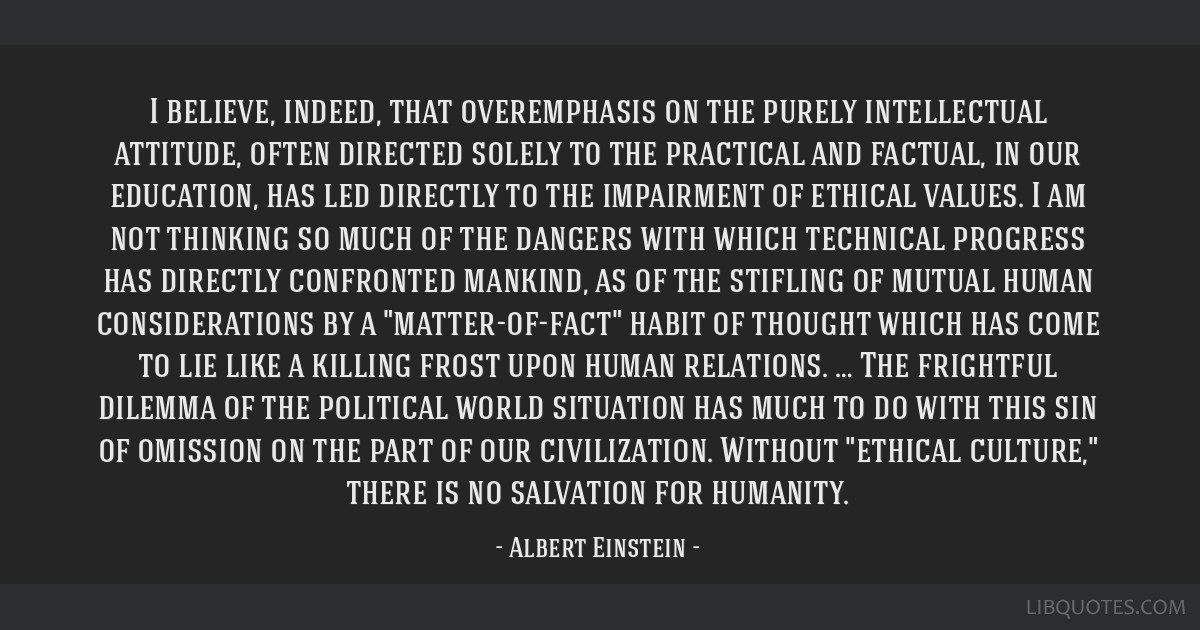 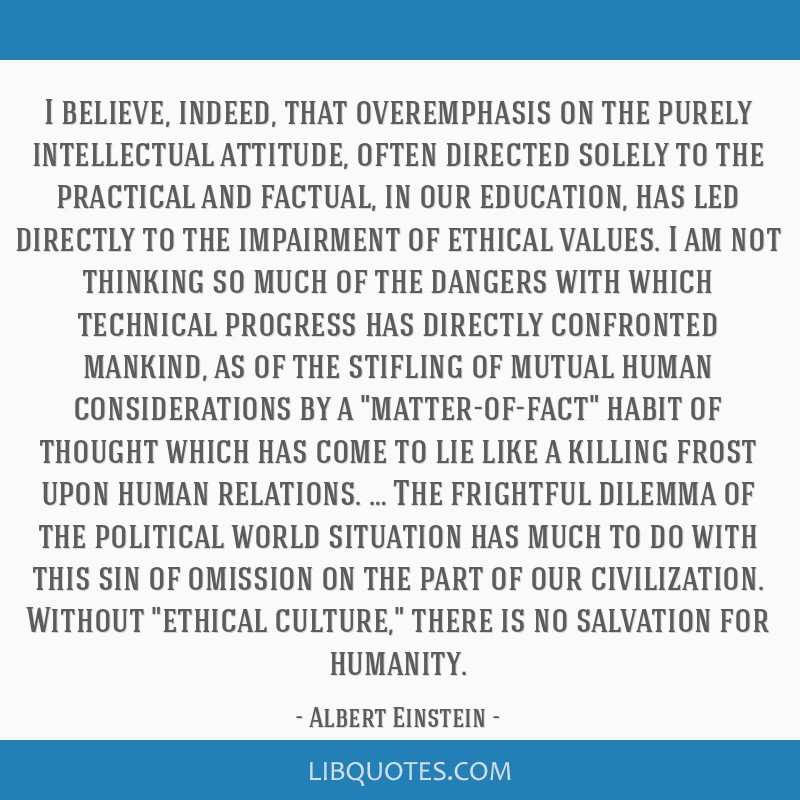 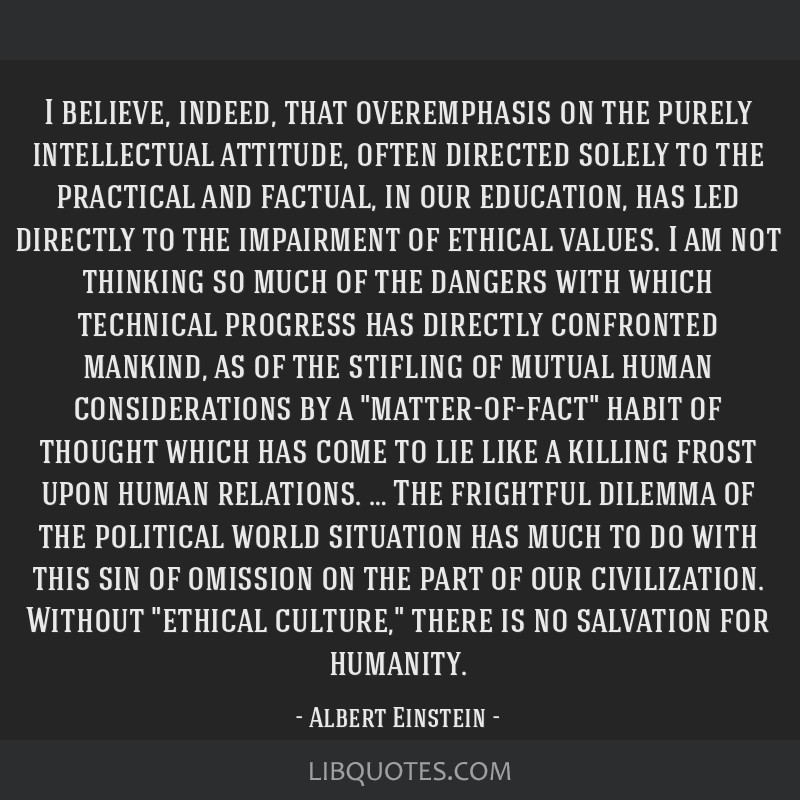