I do not believe that civilization will be wiped out in a war fought with the atomic bomb. Perhaps two thirds of the people of the earth might be killed, but enough men capable of thinking, and enough books, would be left to start again, and civilization could be restored.

Einstein on the atomic bomb. From the Atlantic Monthly [November 1945] 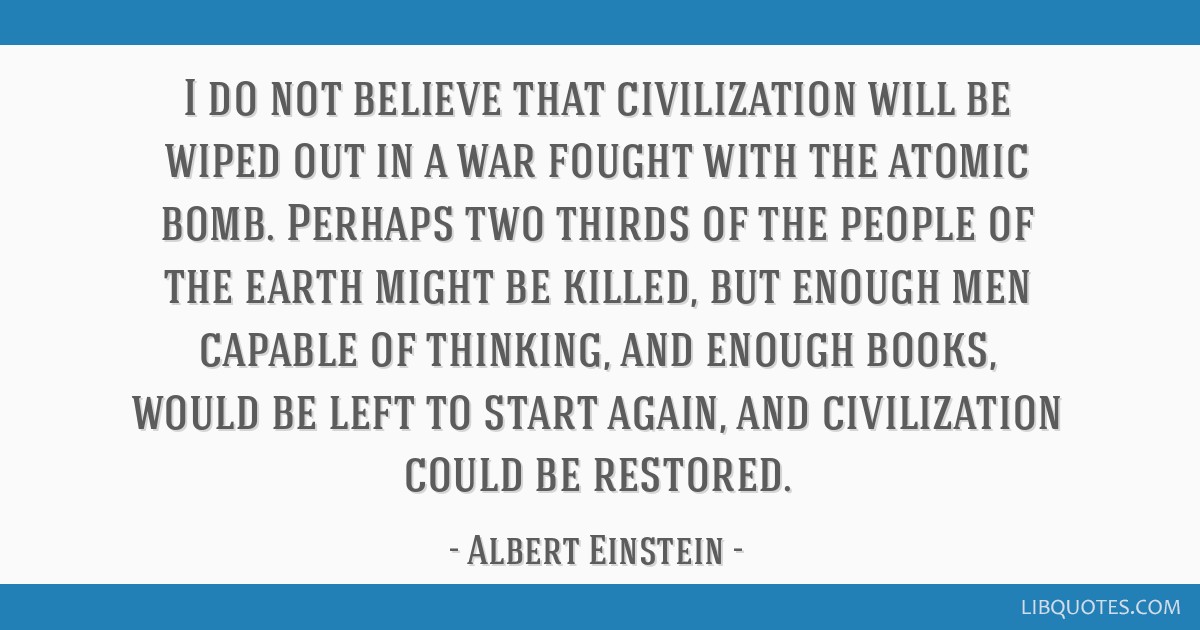 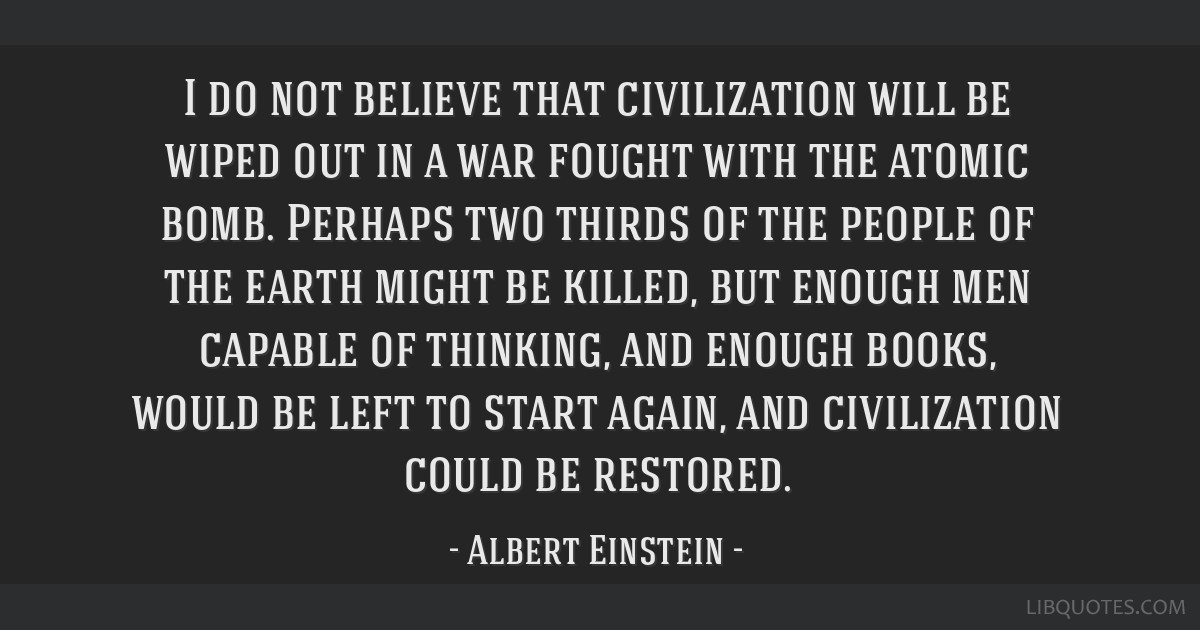 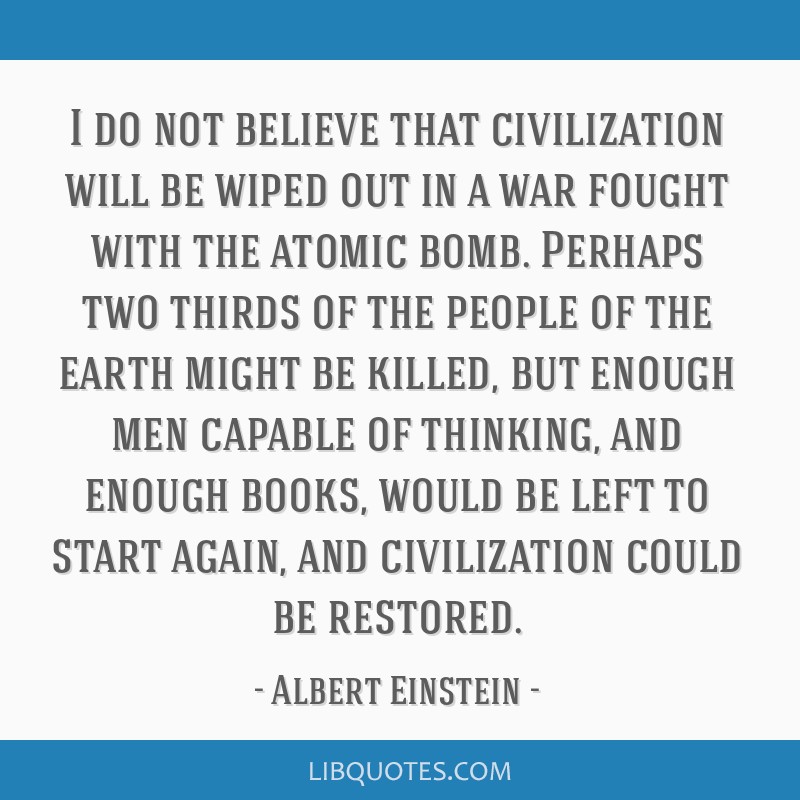 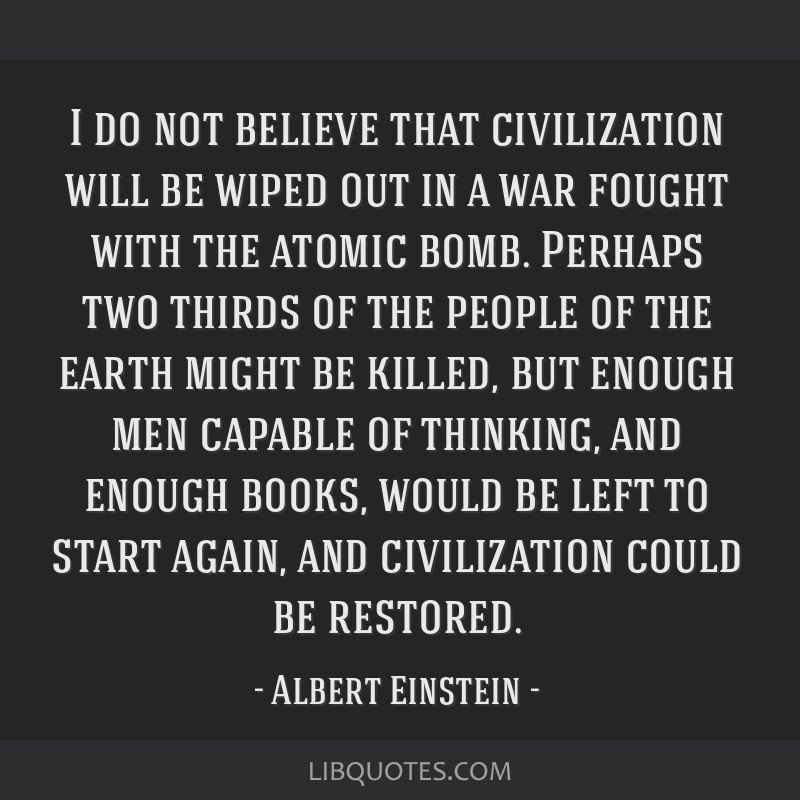