Development of Western Science is based on two great achievements, the invention of the formal logical system (in Euclidean geometry) by the Greek philosophers, and the discovery of the possibility to find out causal relationships by systematic experiment (Renaissance). In my opinion one has not to be astonished that the Chinese sages have not made these steps. The astonishing thing is that these discoveries were made at all. 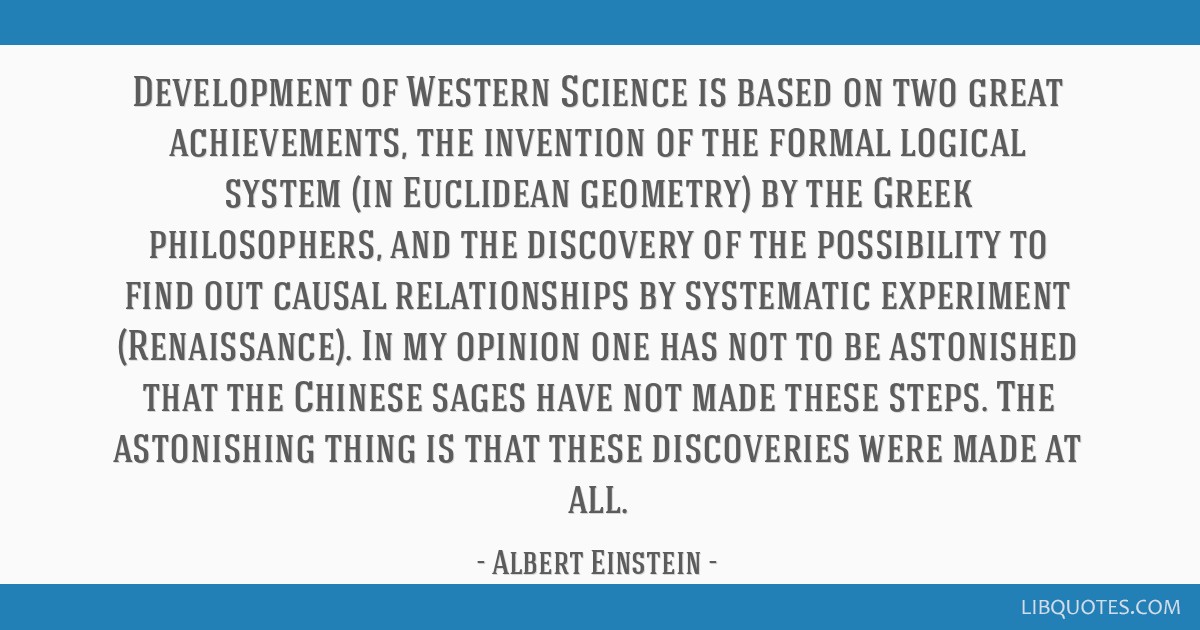 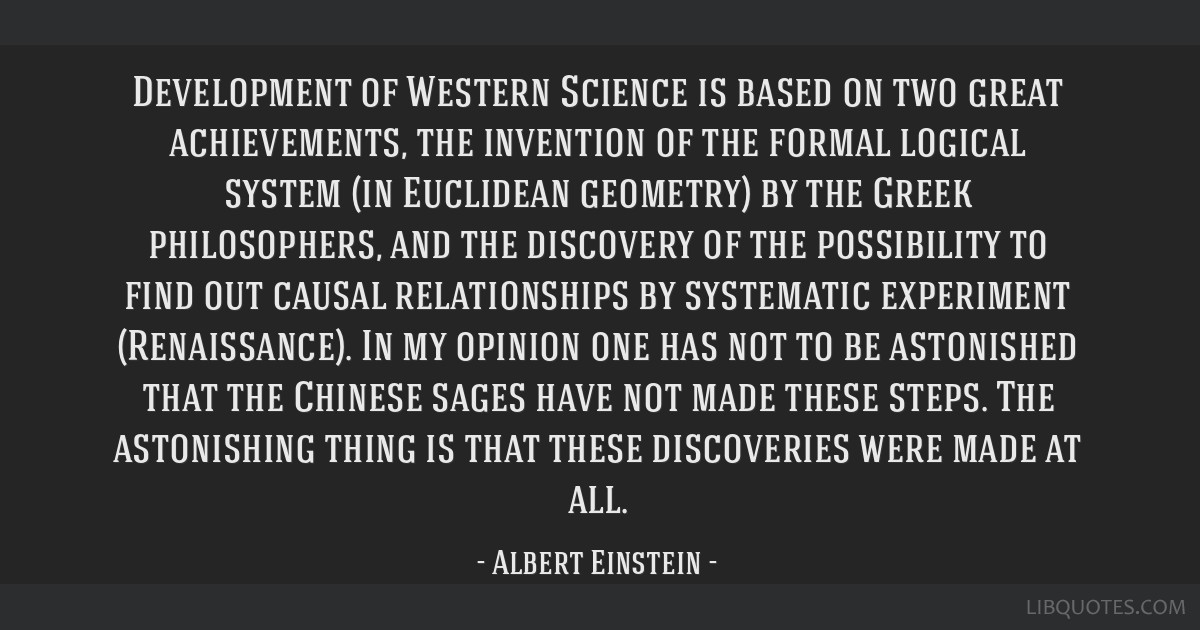 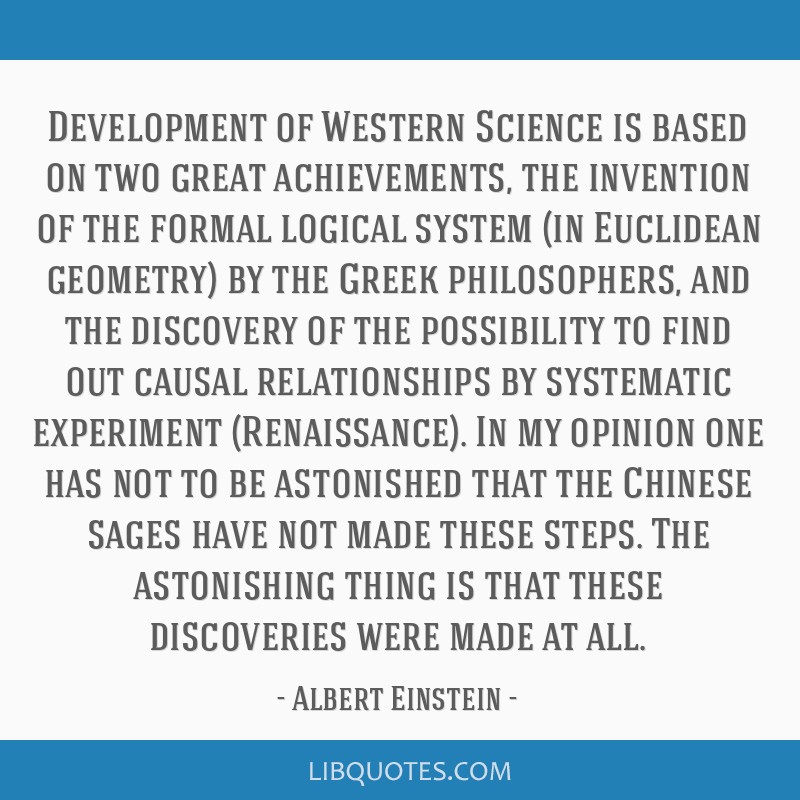 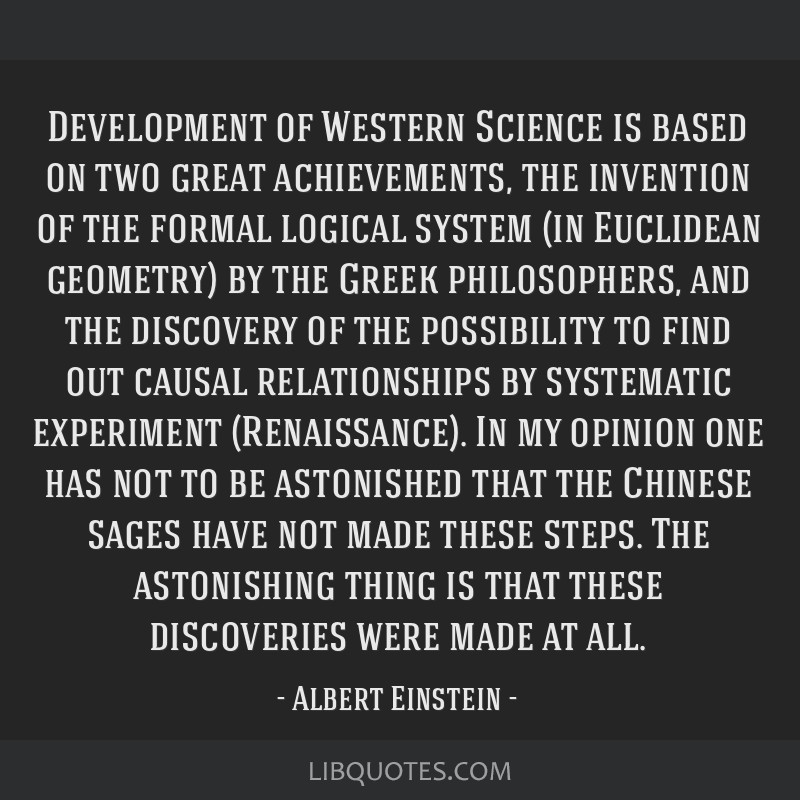