Europe has lived on its contradictions, flourished on its differences, and, constantly transcending itself thereby, has created a civilization on which the whole world depends even when rejecting it. This is why I do not believe in a Europe unified under the weight of an ideology or of a technocracy that overlooked these differences. 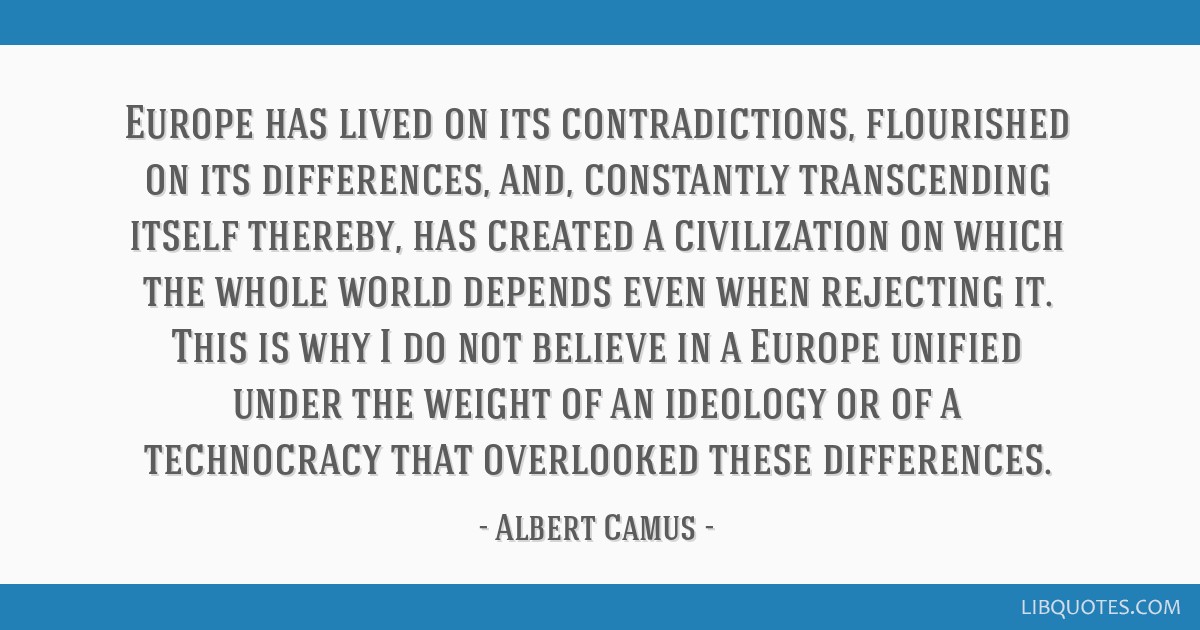 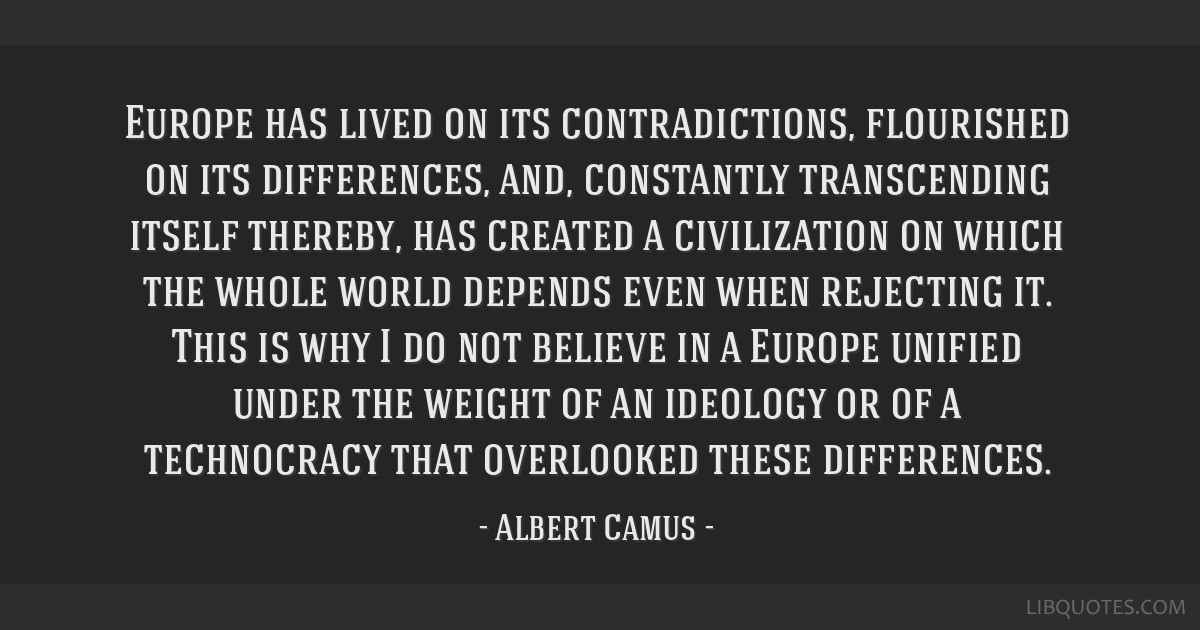 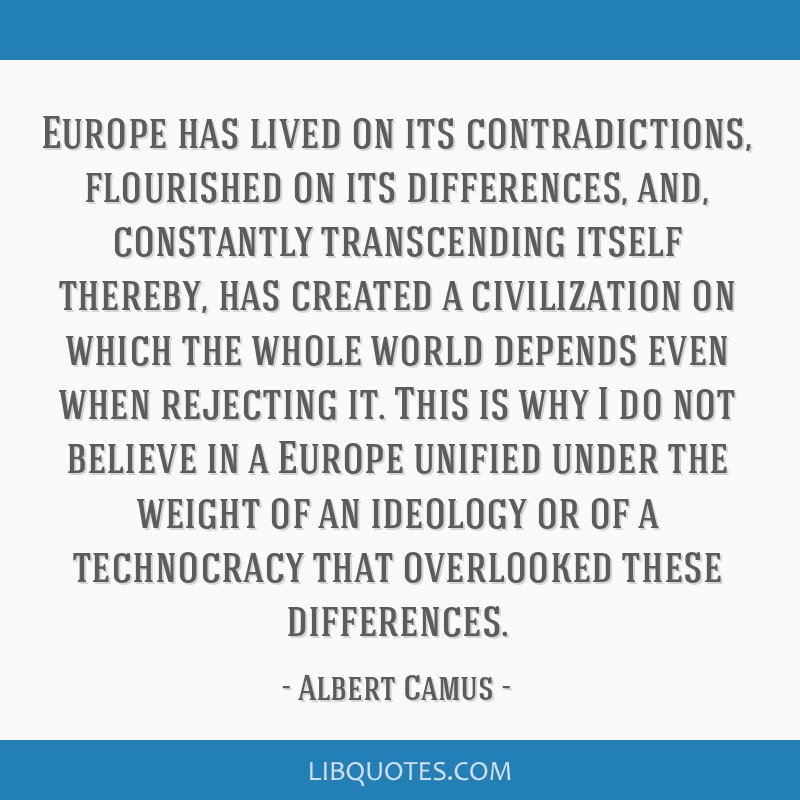 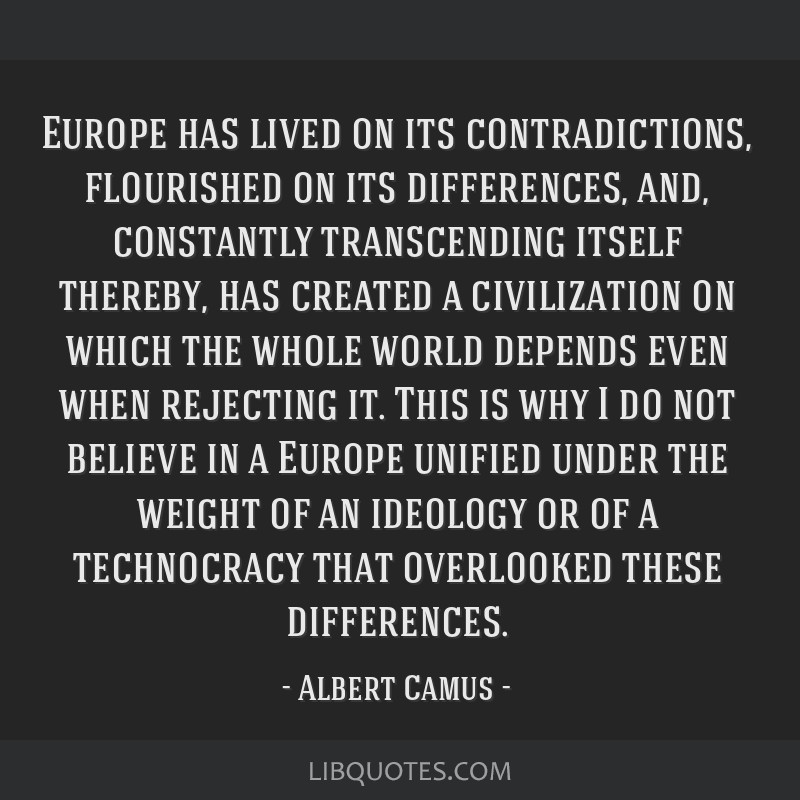 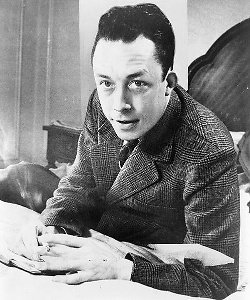