Would you, like Benjamin Constant, have concluded that events as tumultuous as these ought to lead to the reestablishment of a liberal and constitutional order? If your name were Carl Schmitt, you would have done the exact opposite: you would have interpreted the tumult of your times as the best reason for getting rid of liberalism altogether. 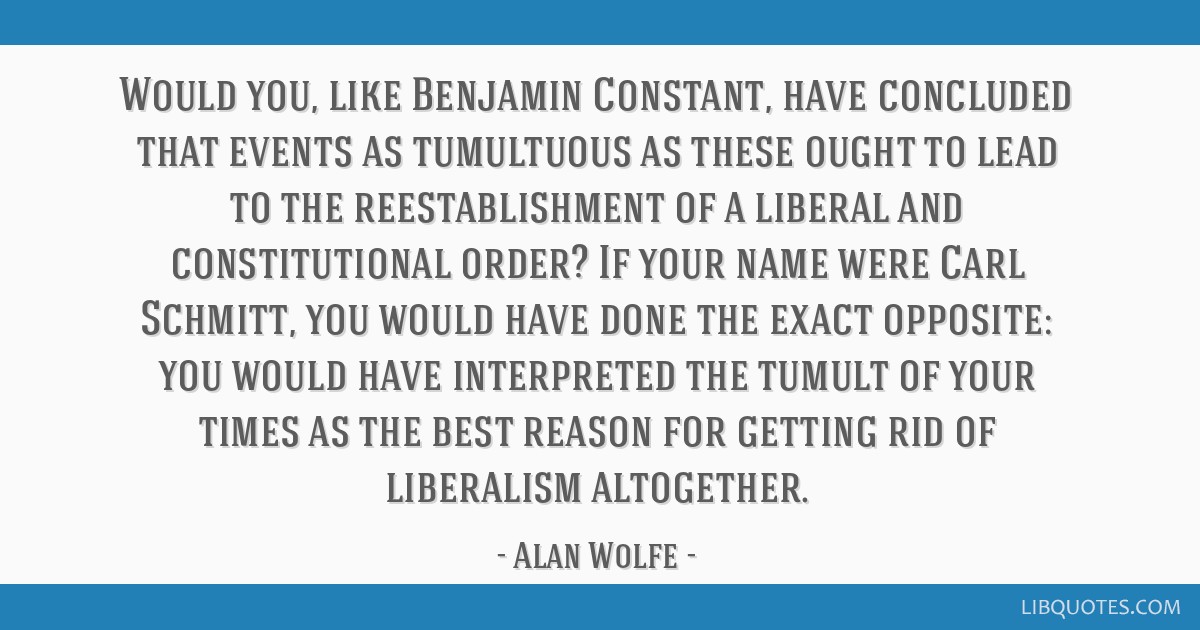 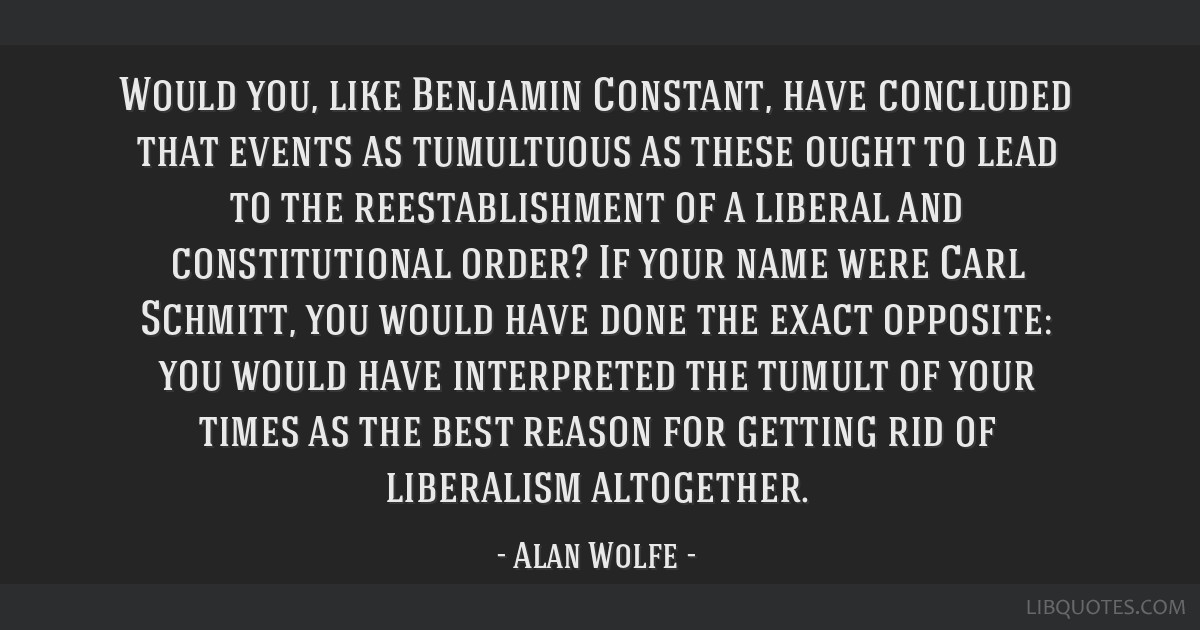 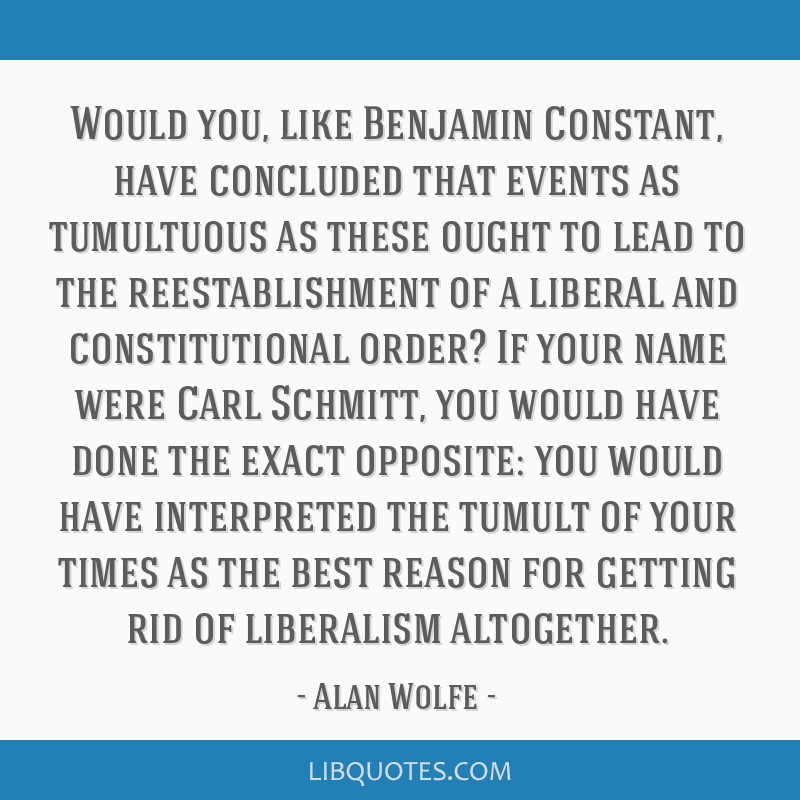 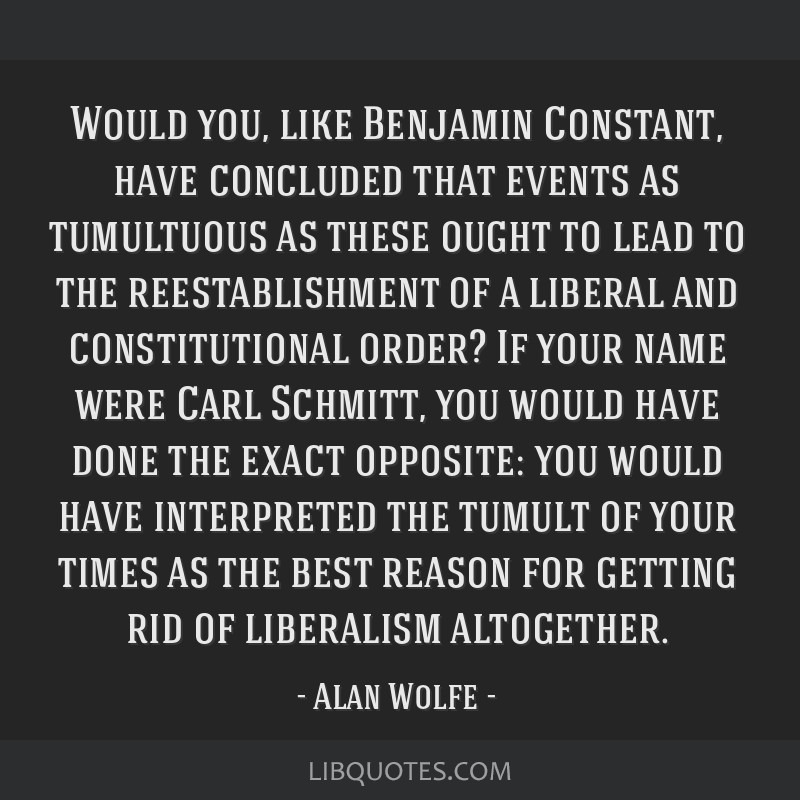