John Rawls says that justice is the 'first virtue' of social institutions, meaning that it is more fundamental than any other, and that we cannot expect individuals to accept social regulation, and engage in social co-operation unless the terms on which society operates are seen as reasonably just. To talk as though Plato and Aristotle saw justice as a matter of the terms of social and political co-operation may suggest a modern and individualist perspective foreign to both. Yet it is not wholly misleading. 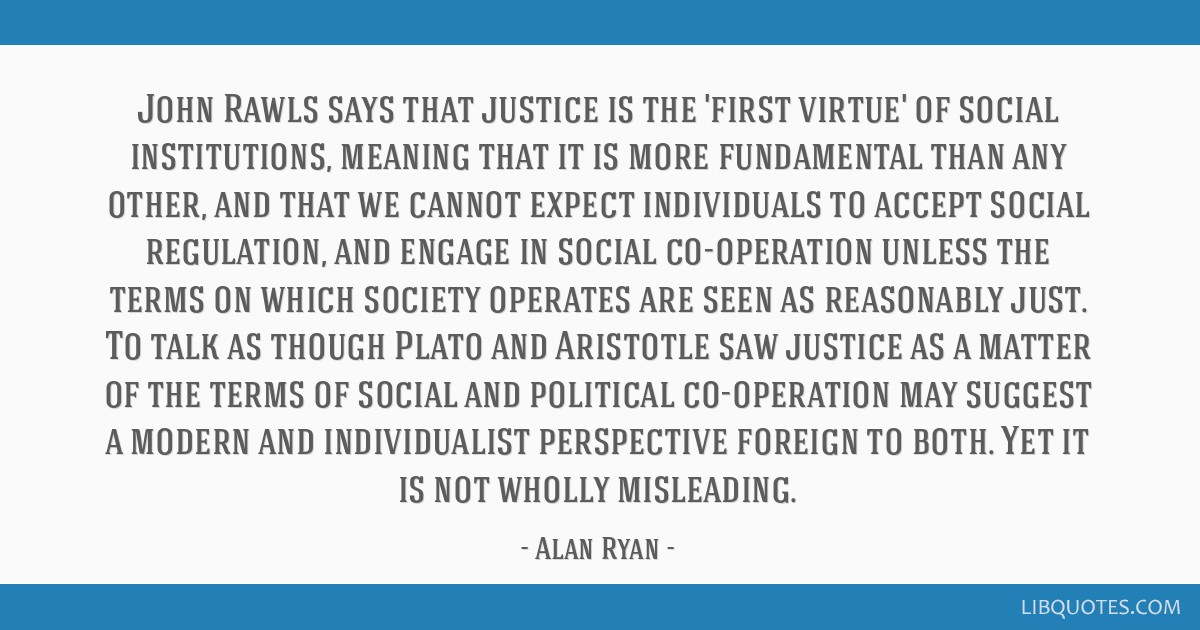 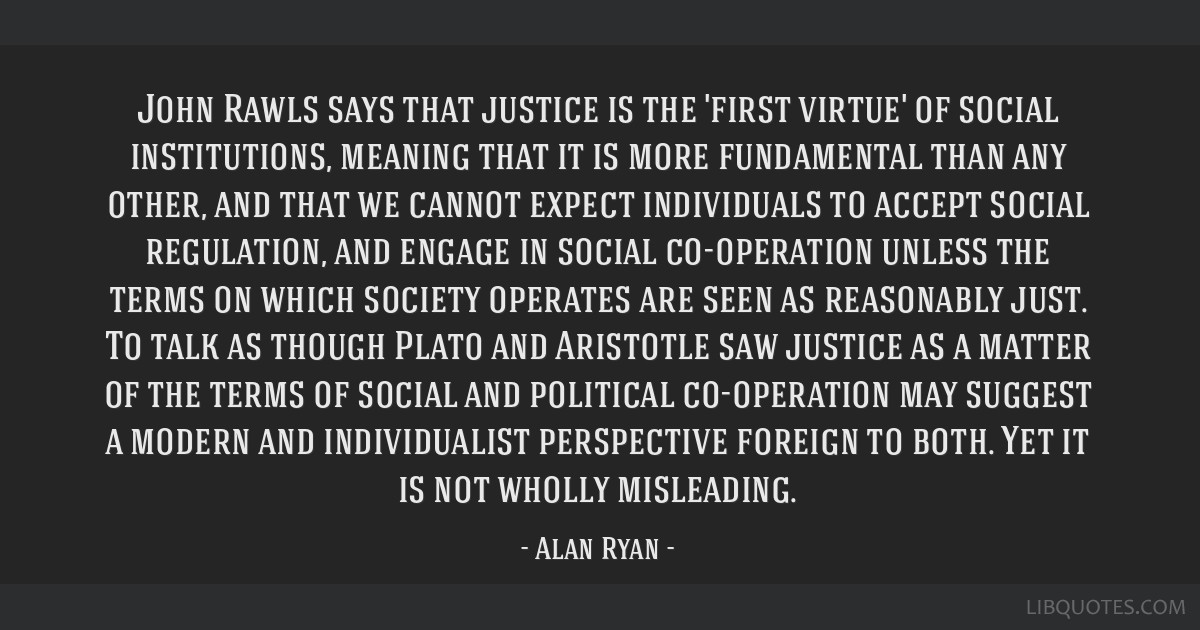 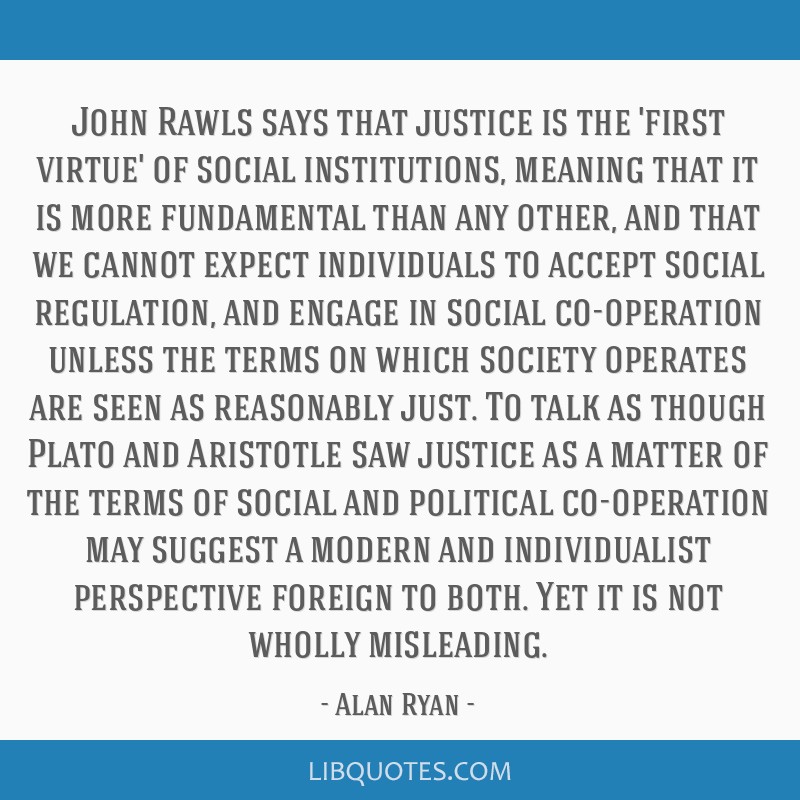 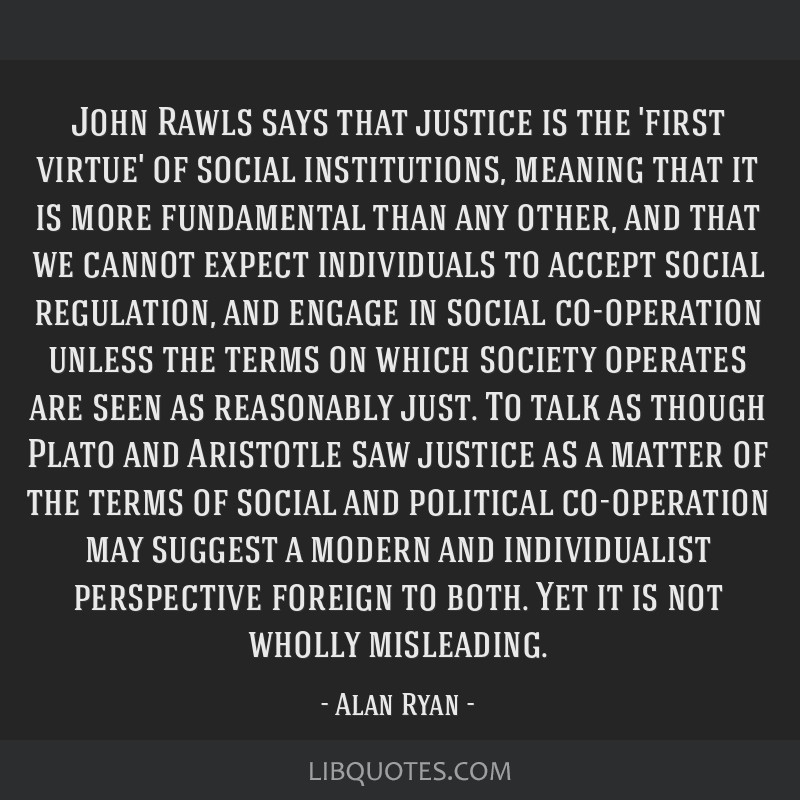 For many decades now - and certainly during my adult life in academe - the Western intellectual world has not been convinced that theology is a pursuit that can be engaged in with intellectual honesty and integrity.
Arthur Peacocke