I have given them life instead of death, freedom instead of the cords of superstition, beauty and truth instead of corruption and exploitation. The old bad days are over for them, the Light of the Aton has risen, and they can dwell in peace and harmony freed from the shadow of fear and oppression. 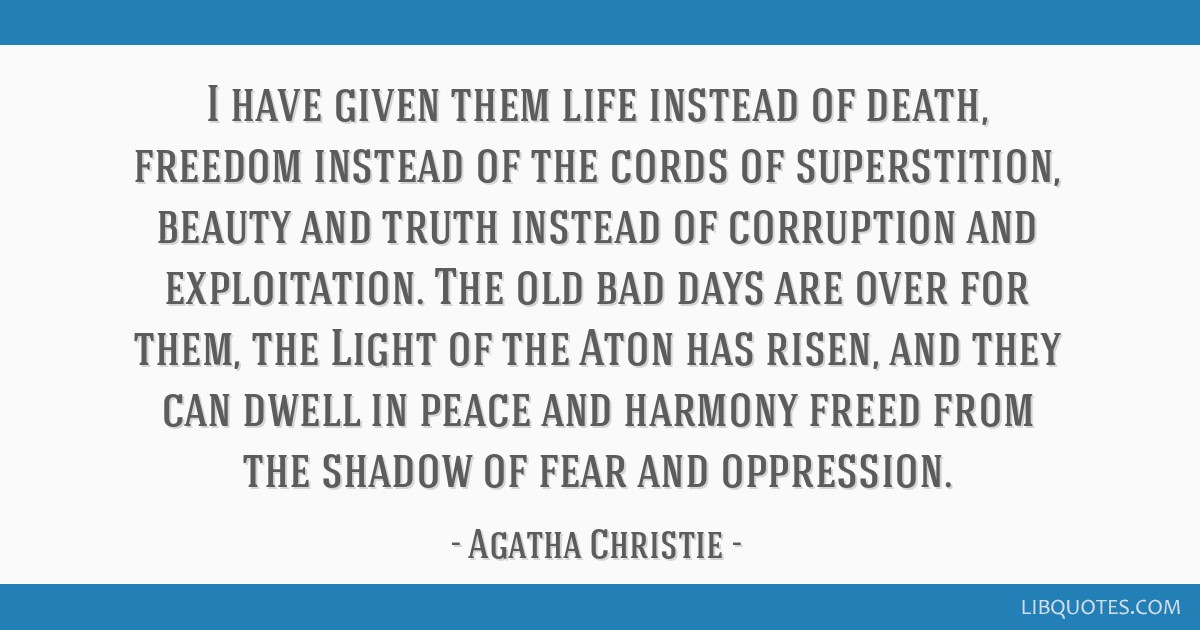 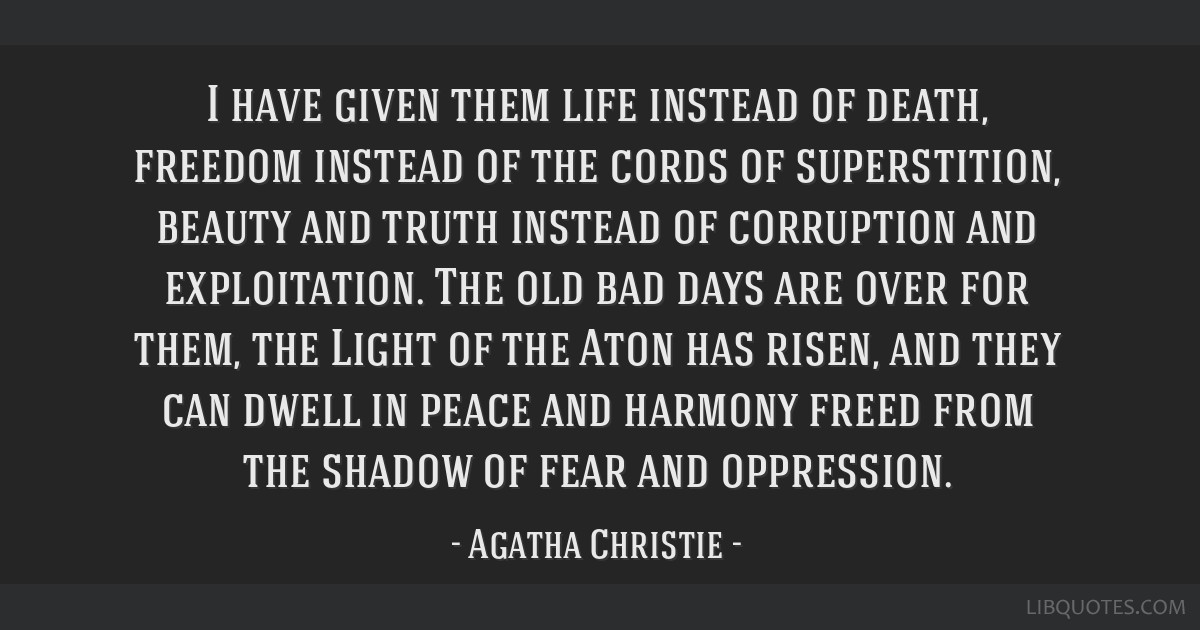 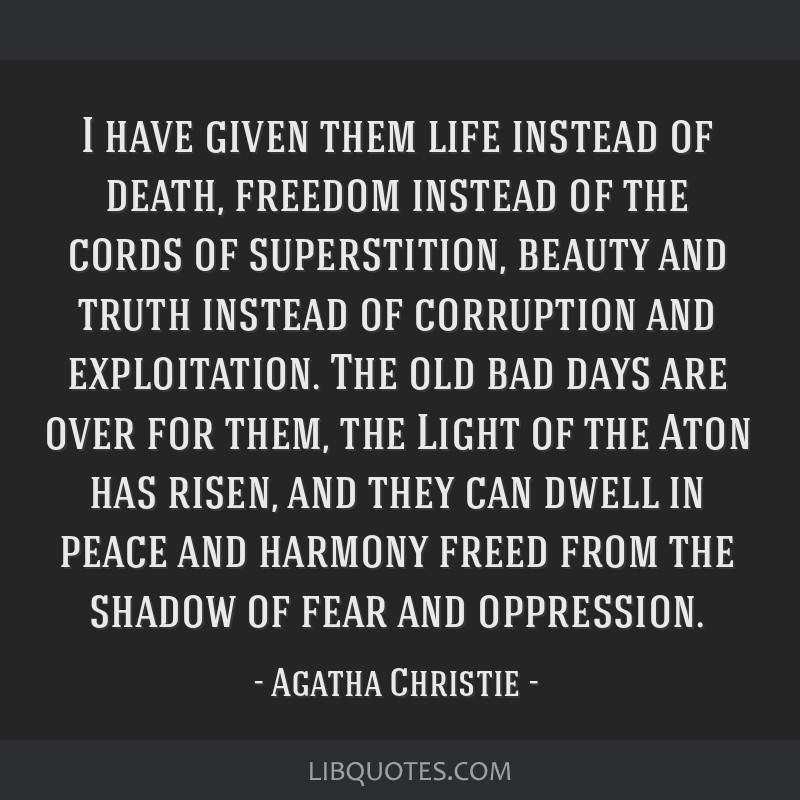 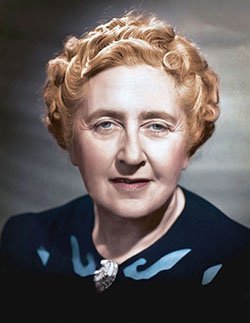