I'm a short woman with a pretty good body and large breasts — that's not what I think of as sexy.

Adrienne Barbeau
It's not easy, though, singing upside down in a headstand on a raised platform with your unfettered breasts hitting you in the chin. 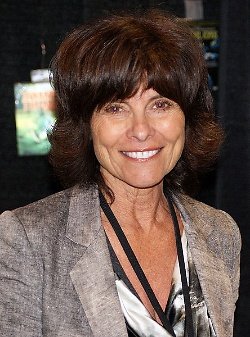 Creative Commons
Born: June 11, 1945 (age 76)
Bio: Adrienne Jo Barbeau is an American actress and the author of three books. Barbeau came to prominence in the 1970s as Broadway's original Rizzo in the musical Grease, and as Carol Traynor, the divorced daughter of Maude Findlay in the sitcom Maude.
Known for: