This pride of race is a quality which the German, fundamentally, does not possess. The reason for this is that for these last three centuries the country has been torn by internal dissension and religious wars and has been subjected to a variety of foreign influences, to the influence, for example, of Christianity—for Christianity is not a natural religion for the Germans, but a religion that has been imported and which strikes no responsive chord in their hearts and is foreign to the inherent genius of the race. 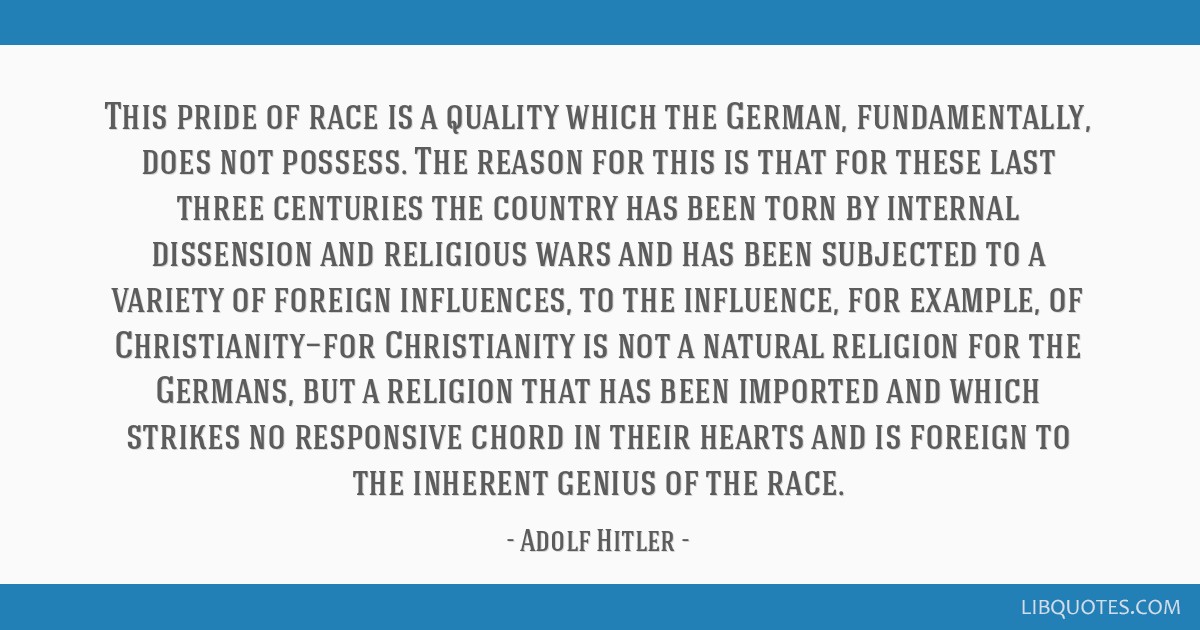 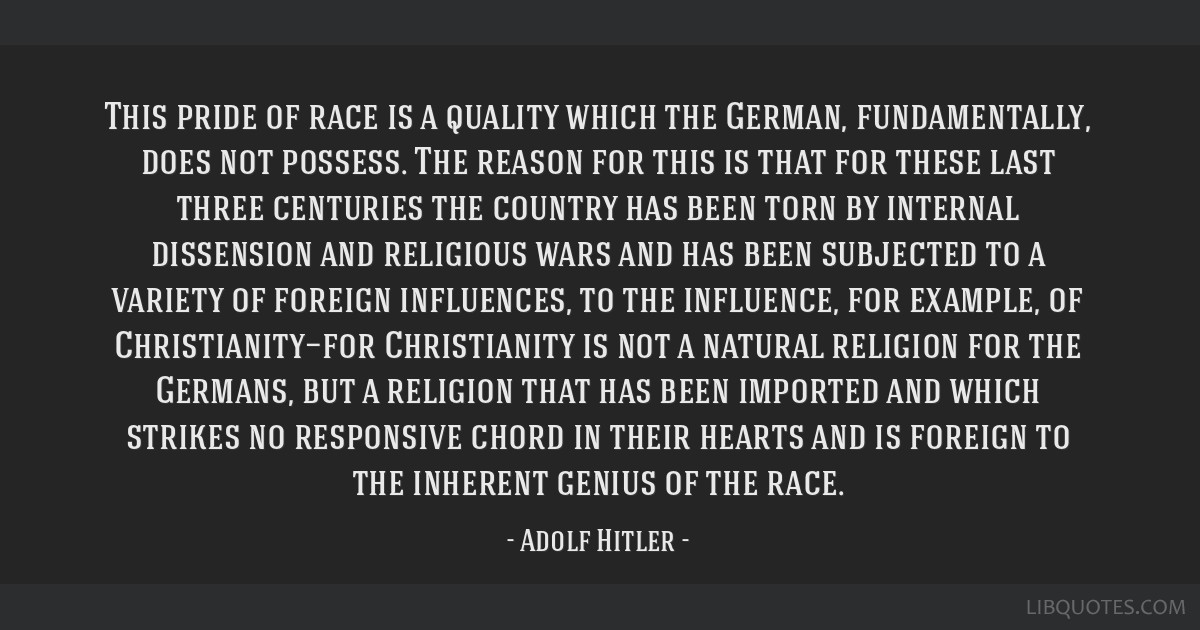 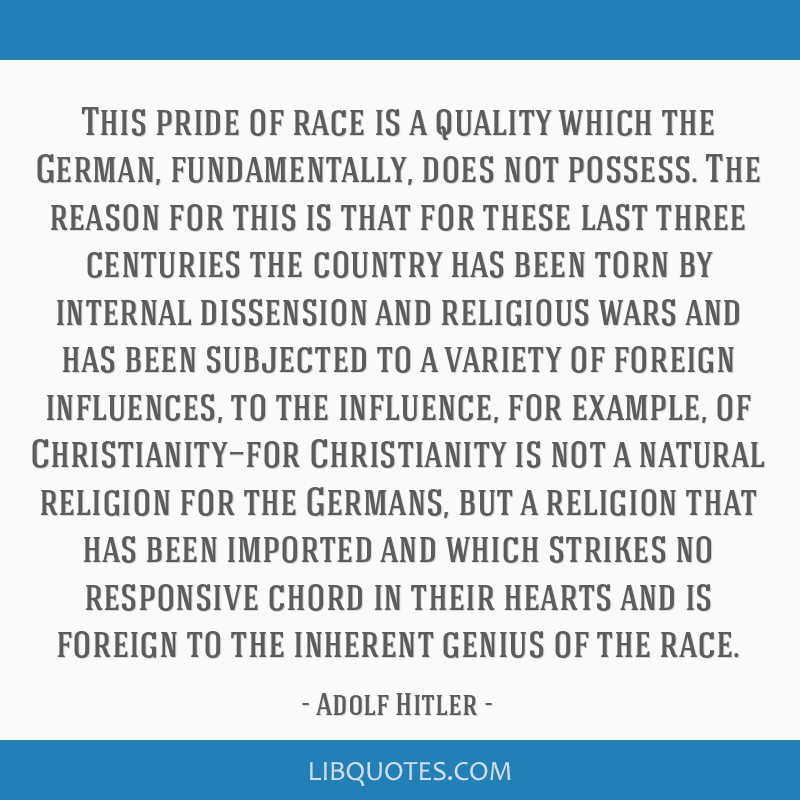 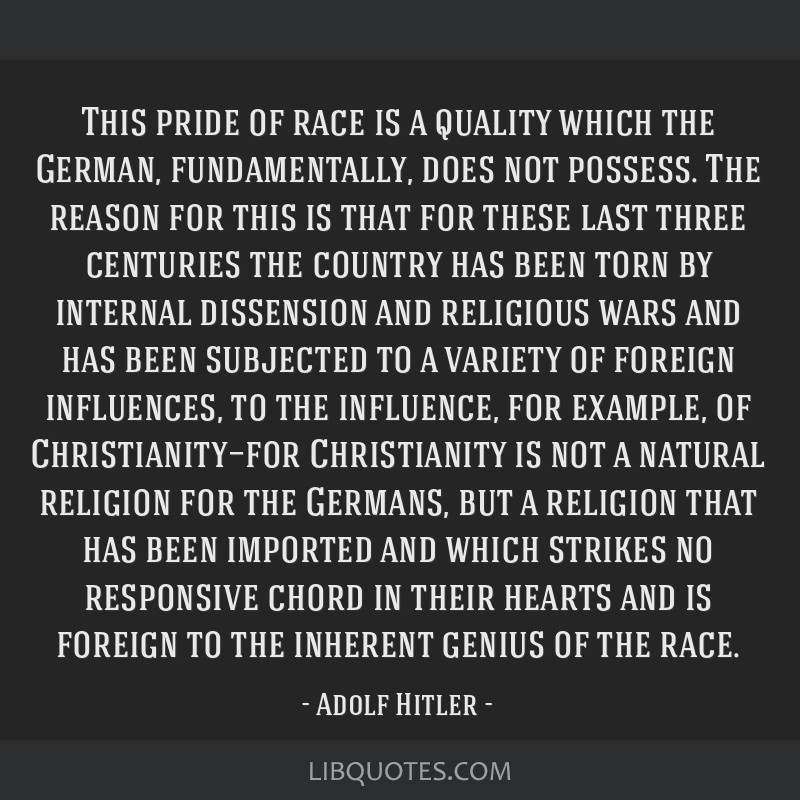