Aren't these liberals, those reprobate defenders of individualism, ashamed to see the tears of the mothers and wives, or don't these cold-blooded accountants even notice? Have they already grown so inhuman that they are no longer capable of feeling? It is understandable why bolshevism simply removed such creatures. They were worthless to humanity, nothing but an encumbrance to their Volk. Even the bees get rid of the drones when they can no longer be of service to the hive. The Bolshevik procedures are thus quite natural. 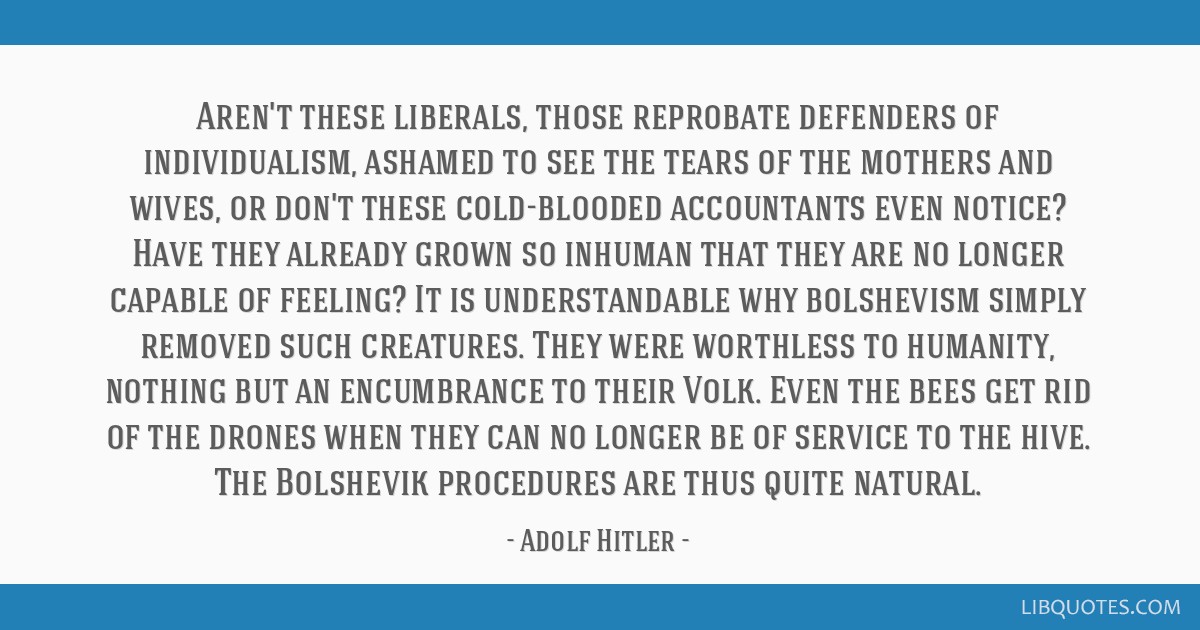 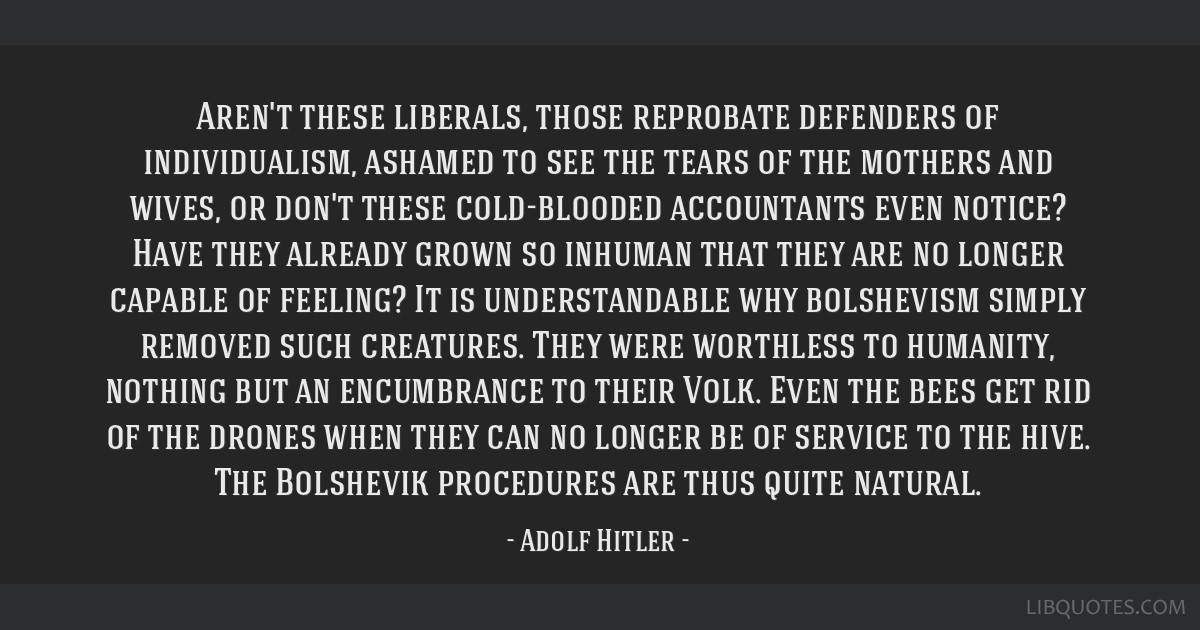 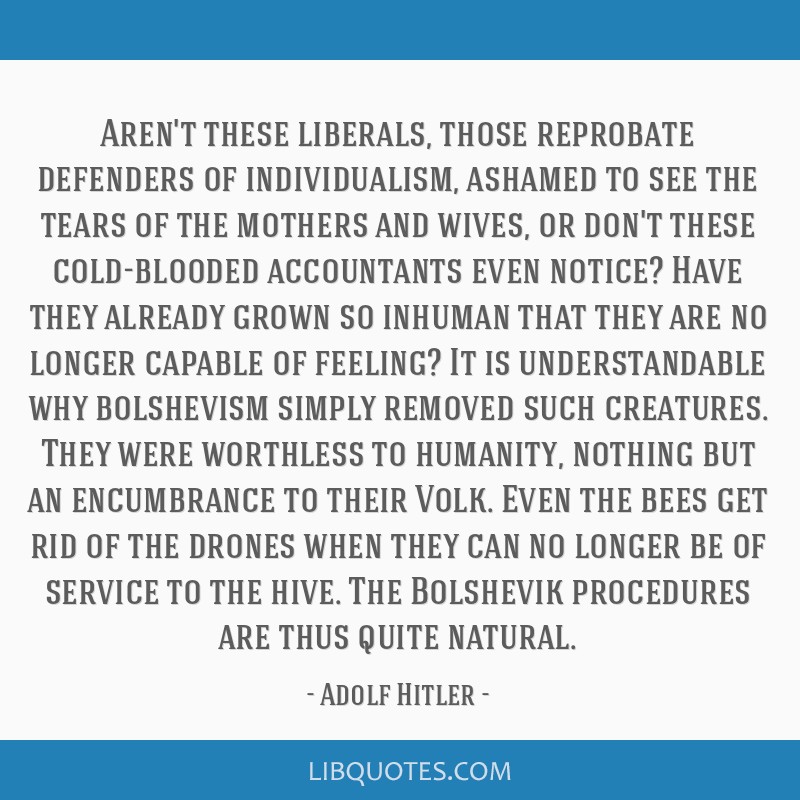 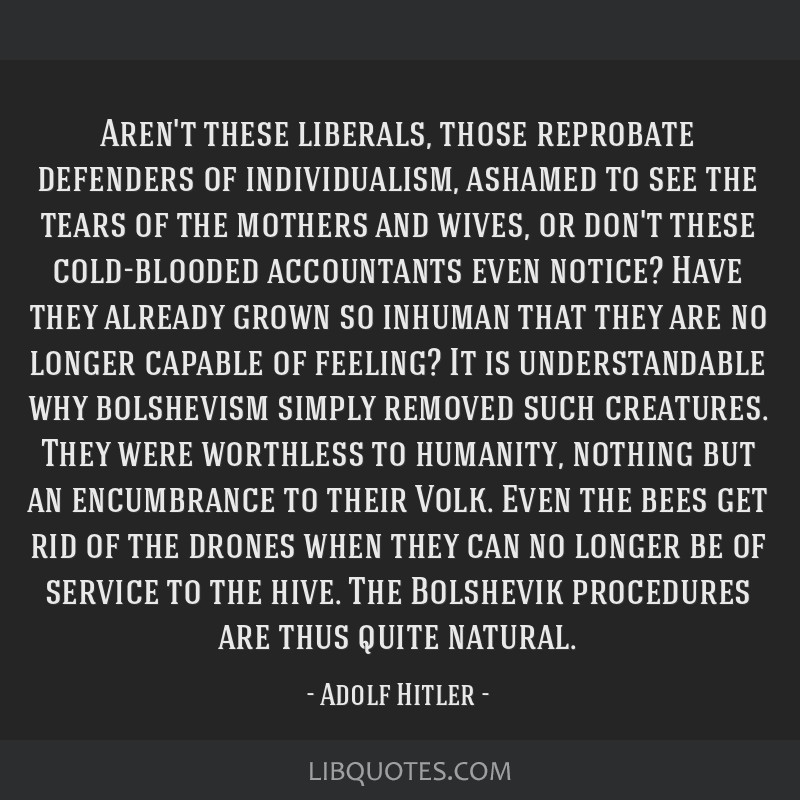